Henry says city dollars are directly subsidizing the work and the political views of the powerful lobbying group. 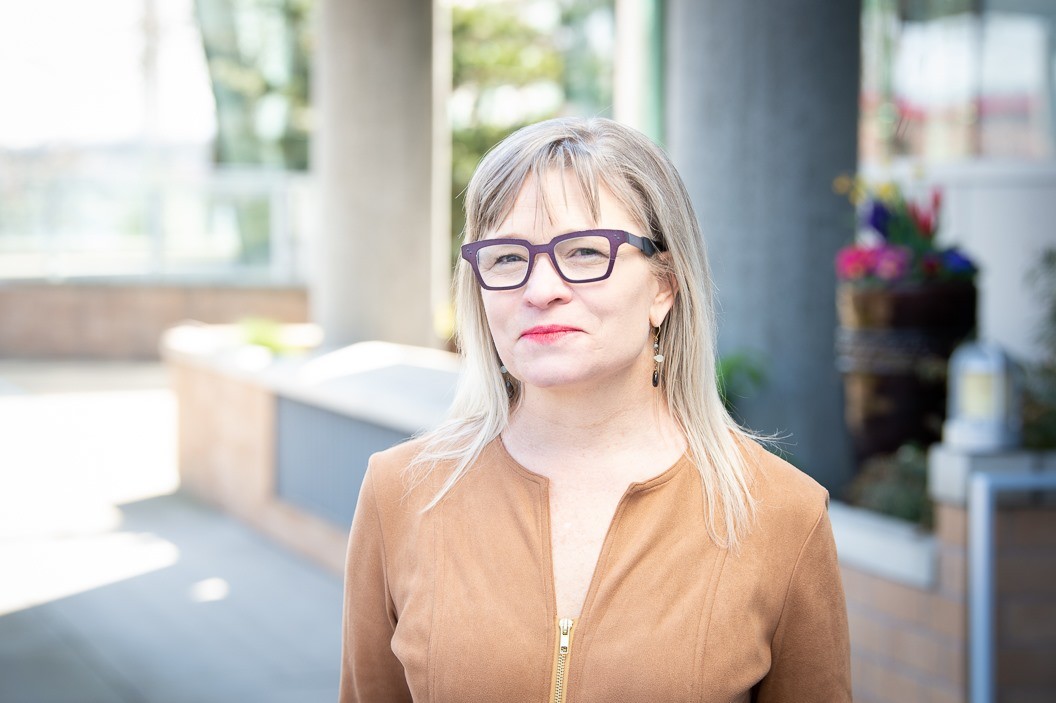 In June 2022, Ashley Henry stepped down as the head of Business for a Better Portland—a Portland business advocacy organization Henry had founded five years prior—and handed the role over to former state Representative Karin Power. At the time, it was characterized as a standard decision to transition leadership, rooted in Henry's need to take a pause after five years fighting for small businesses to have a seat at the table in citywide policy discussions.

On Thursday evening, Henry revealed that her decision to leave was slightly less copacetic.

In a post published to her online blog, Henry explained that her exit was motivated by an alleged threat of litigation from the Portland Business Alliance (PBA), a more conservative and engrained business lobby known for representing the policy demands of the city's largest companies. She went on to claim that PBA threatened to sue her and Business for a Better Portland over her public comments on how PBA relies on public fees to stay afloat.

The PBA declined to comment on the record regarding the accusation to the Mercury.

Clean and Safe's work has been criticized in the past for its security guards allegedly harassing unsheltered homeless people and giving special treatment to PBA's most monied business members. In fact, in 2020, the city auditors office released a report on ESDs which underlined major issues with Clean and Safe's structure, pointing to the lack of budget monitoring and transparency within its private security work.

The city pledged to respond to the audit's concerns—and propose fixes—by fall 2022. It has yet to do so.

In the lead-up to a September 2021 Portland City Council vote to renew Clean and Safe's five-year contract as an ESD operator, city leaders heard from dozens of Portlanders on why they believe the work should go to a different contractor, less entwined with the city's top business lobby. Henry was one of those Portlanders. She claims her statements led to the PBA threatening to sue for libel.

This week, the Mercury asked Henry to further explain the legal threat and her decision to leave the organization she founded. The below conversation has been edited for clarity.

MERCURY: Can you explain the circumstances that led to what happened here?

HENRY: In September of 2021, City Council was considering whether or not to renew a city contract with PBA. This is a multimillion dollar contract that pays for the Downtown Portland Clean and Safe program which is appreciated by downtown businesses for its clean-up services and marketing efforts. The contract and related revenues also provides a significant subsidy for the executive salaries at the PBA which gives that organization a remarkable amount of power in City Hall. Based on the four-plus years I’d been on the job at that point, I most often experienced PBA advocating against the interests of small business and broader community needs. The lack of transparency about how the money generated under this contract was notable not only to me, but to the City Auditor as well who’d released a damning report the year before. It’s pretty hard to wrap your head around it, but the city effectively subsidizes the PBA’s lobbying efforts, which often are in direct contradiction to local advocacy efforts for small business stewardship, climate action, or tackling our housing crisis. I called attention to the lack of transparency and accountability in my public testimony and during meetings with city commissioners. That was apparently enough to inspire a threat of litigation.

How did you hear about this threat?

One of my board members was contacted by someone who was in attendance at a PBA board meeting. That board member relayed to me that, at that meeting, the PBA board discussed filing litigation against me and Business for a Better Portland for my comments prior to the contract vote. I never received paperwork threatening litigation, it seemed like a total whisper campaign.

What was your initial reaction to that threat?

Well, at first, I thought it was a joke. I mean, we were a tiny organization—their organization’s budget was roughly twelve times larger than ours at the time —and it just seemed hard to believe that they’d behave in such a bully-ish way. Some of my members suggested that we share the threat publicly. It was definitely a David and Goliath moment and could have provided quite a boost to our year-end fundraising efforts.

We ended up offering a sort of “cocktail summit” for a few folks from my board to meet with some of the PBA representatives to try and cool things off. I didn’t want to put my board members through a legal drama. They’re all small business owners with overflowing plates.

What did that threat of litigation tell you about the PBA’s interests?

It really shows how accustomed they are to calling the shots in this town and suggests that it’s very important to the PBA that they continue to receive this massive, city-enabled subsidy. They’ve endured years of scrutiny from community members and advocacy organizations who don’t like some of the services that Downtown Clean and Safe pays for, but I don’t know if there had previously been much focus on how the financial arrangement benefits the PBA itself and the extent to which there is virtually no city oversight of those funds.

Interestingly enough, I’ve been told on at least two occasions that PBA executives and board members themselves refer to this contract as “existential” in conversation.

There’s undeniably a need for business leadership to help the city of Portland through this difficult chapter in our history—there’s no shortage of causes that would greatly benefit from proactive business leadership investing their time and resources in the future of our town. The PBA’s prioritization of securing such a lucrative and opaque contract and then using that public funding to advocate for an agenda that stymies ongoing efforts like the charter reform campaign or the Portland Clean Energy Fund seems counterproductive at best to the needs and interests of everyday Portland business owners—and all Portlanders, for that matter. This arrangement creates political incentive for elected officials to stifle so many of the changes Portland desperately needs to holistically invest in an equitable recovery.

How did that legal notice impact or influence your decision to step down from Business for a Better Portland?

But make no mistake, this situation certainly catalyzed my departure and crystallized my personal understanding of the totality of the institutional and structural failures represented by their brazenness. Across the range of issues I worked on during my time in that role, I can think of only a couple instances where I witnessed PBA proactively advocating for policies and funding priorities that aligned with the needs of our small business community. I just couldn’t foresee continuing to swim upstream and attempt to promote the voices of small business leaders when our own elected officials tacitly approved massively subsidizing an organization that claims the mantle of business advocacy, yet consistently works against the needs of the small business community and the community at large.

What do you say to any suggestion that going public with this information is just sour grapes on your part?

I don’t have any ambition here except a sense of hope for a more level playing field at City Hall that will result in better outcomes for all Portlanders. If anything, I am putting my career at great risk of calling attention to this matter again in a town that is so good at refusing to address the elephant in the room and punishing the people who do. Why is it off limits to discuss such a large, significant, expensive program flagged as unaccountable by the City Auditor?

How is it good for Portland’s business and condo owners to have to pay into municipal programs run with such abysmal oversight and reporting that it’s almost impossible to follow the money?

My hunch is that if anyone takes a few minutes to look at the nonsensical governance structure that’s currently used between the City, PBA and DCS and then considers the millions of dollars at play, they will understand my frustration as an honest and fair assessment of a meaningful policy failure.