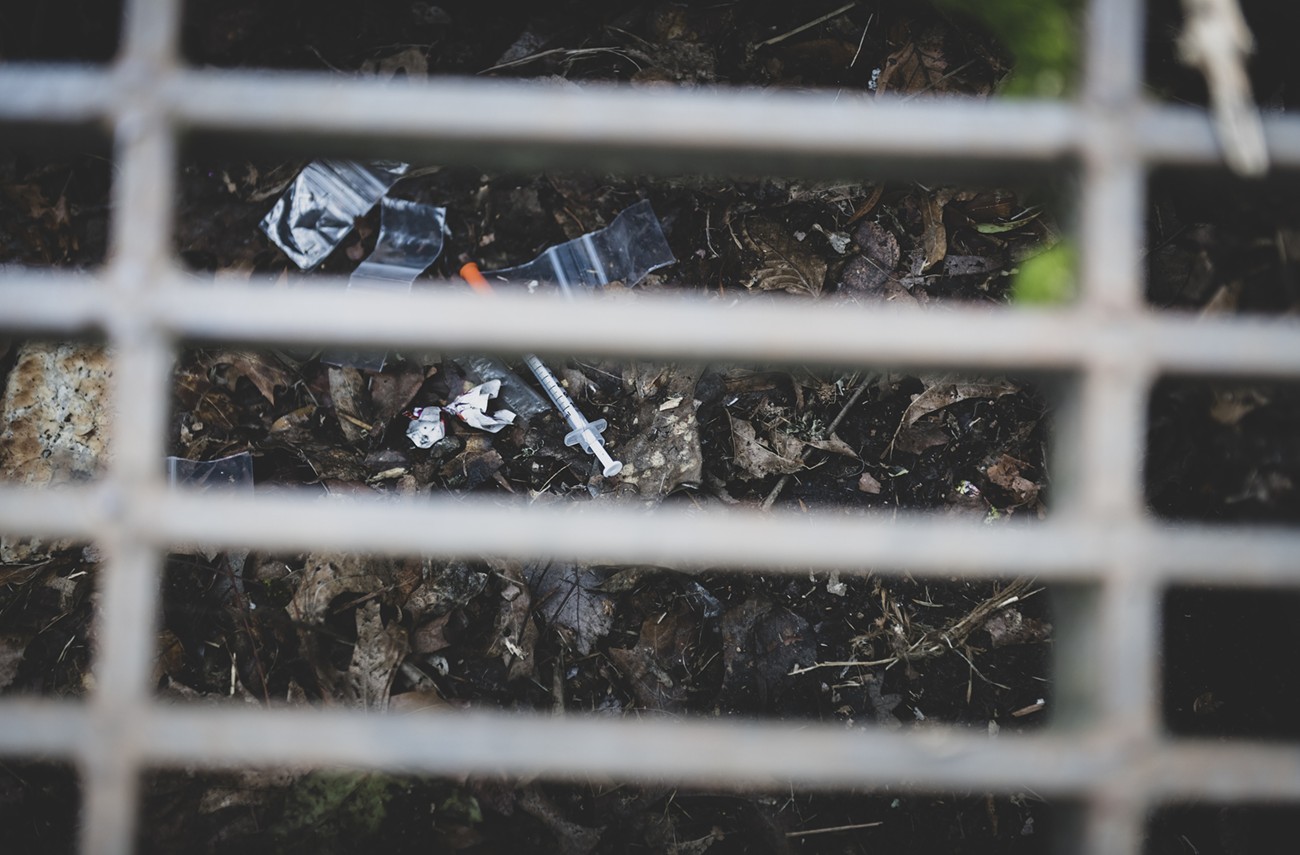 More than two years after Oregon voters approved the decriminalization of small amounts of illicit drugs and fund the expansion of substance use disorder treatment services through Measure 110, state officials have not properly recorded data to measure the success of the program, an audit released Thursday by the Oregon Secretary of State’s office found.

“When Oregonians passed Measure 110, we expected our loved ones battling addiction would have access to treatment and a chance for a better life,” said Secretary of State Shemia Fagan during a press conference Thursday. “That is the promise of Measure 110. This audit offers a road map to the Oregon Health Authority to pursue so they can fulfill that promise.”

The audit recommends identifying barriers to data collection and increasing training and guidance for participants in order for the Oregon Health Authority (OHA) to better measure the success of the drug decriminalization program.

Measure 110, which decriminalized the possession of small amounts of drugs like cocaine, heroin, and meth, was approved by 58 percent of Oregon voters in November 2020. In addition to lowering the penalty for possession from a crime to a fine, the measure also directed over $100 million in annual cannabis tax revenue to expand substance use treatment services in the state. Oregon has the second highest rate of substance use disorder in the nation and ranks 50th for access to treatment. As of 2023, Measure 110 has helped fund over 200 service providers in the state, 41 of which are in Multnomah County.

The rollout of the first-of-its-kind program has been plagued with delays, leading to negative public perception of the measure’s success. The Oregon Legislature required the Secretary of State to perform three audits of Measure 110, starting with a real-time audit of the measure’s implementation. During a press conference, the audit team gave the state’s implementation of the program a C or D letter grade, while also noting that the overall lack of performance data made the program difficult to evaluate at all.

Through conversations with OHA, the program’s oversight council, and treatment providers funded through the program, auditors found that delays in Measure 110’s implementation could be attributed to an unrealistic timeline laid out by the measure itself, in addition to a lack of clear guidelines from OHA. To implement the program, OHA was directed by the measure to create an Oversight and Accountability Council (OAC) which would be responsible for developing the rules for how funding would be distributed, creating criteria for evaluating grant applicants, and evaluating the applicants themselves.

Measure 110 and subsequent direction from the Oregon Legislature gave the council four months to develop the rules of the program and ten months for the Behavioral Health Resource Networks—treatment providers who receive grant funding and collaborate to provide substance use services for free—to be operational. Auditors determined the timeline was too short to create and implement a complex, first-of-its-kind program. In reality, it took the oversight council seven months to develop the rules and 18 months to finalize all funding agreements for providers throughout the state.

The delays were further exacerbated by OHA highly prioritizing the oversight council’s independence, leaving the all-volunteer council to develop rules for an ambitious, never-been-done-before program with little guidance.

“OHA adopted a strategic position of interpreting M110 in a manner to not compromise or give the appearance of compromising the independence of the OAC’s decision-making authority,” the audit reads, “However, most OAC members lacked experience in designing, evaluating, and administrating a governmental grant application process.”

The lack of experience and OHA’s initial hands-off approach led to a strained relationship amongst the council and state agency, council members told auditors. From February to April 2022, the council canceled 19 meetings due to disagreements on the grant evaluation process. Council members also felt unsupported during the initial grant evaluation process in the beginning of 2022. Over 300 organizations applied for grant funding, leaving some members of the volunteer council to spend up to 40 hours per week evaluating and scoring applicants. Eventually, OHA temporarily reassigned 100 staff members to help evaluate the grant applications in spring 2022.

When grant funding finally started flowing, auditors determined that OHA didn’t require or collect enough data about the grant usage in order to measure the impact of the funding.

Funding from Measure 110 was first distributed to organizations in the form of Access to Care grants—smaller grants that were used to start expanding treatment options as the Behavioral Health Resource Network funding was delayed. While the program doled out $33 million to expand access to substance use disorder treatment services through the initial grants, auditors found that OHA could not provide data on how the grant funding was spent or how the grants improved Oregonian’s access to relevant services.

Data for the Behavior Health Resource Network participants is also lacking. Because some of the grant recipients are new or small organizations, OHA said it didn’t want to bog down the organizations with complex data reporting processes. However, auditors note that the inconsistent or lacking data will make it “impossible to effectively measure the outcomes and effectiveness of M110.”

Additionally, auditors are concerned that a lack of consistent performance metrics for pre-existing substance use treatment services across the state has obscured the reality of Oregonians’ access to services prior to the implementation of Measure 110. That lack of data may also make it more challenging to evaluate Measure 110’s effectiveness at increasing access to substance use disorder services.

To address the data issues, auditors recommended OHA identify the barriers that prevent detailed metrics from being recorded and create a plan to address those barriers. In response to the audit findings, OHA interim director James Schroeder agreed with the recommendation, noting that the health authority has already developed a new data collection work plan that will better compile aggregate data submitted by all of the service providers.

During a press conference Thursday, auditor Ian Green said the Secretary of State’s office has concerns that the aggregate data OHA plans to collect will still not provide enough specific information to properly evaluate the impact of the program.

The audit also recommended OHA publish a plan no later than September 2023 on how the Measure 110 program integrates into Oregon’s behavioral health system to address the state’s currently fragmented approach. The Secretary of State’s office also called on OHA to document procedures for the program and provide training for grant applicants and evaluators, as well as recommended the oversight council to collaborate with housing stakeholders and the Department of Corrections to address the intersections of housing, incarceration, and substance use disorder. Schroeder agreed with all of the auditors’ recommendations and committed to addressing them by December 31, 2024.

“There's been some narratives that [Measure 110] has been a failure,” said Secretary of State Audits Director Kip Memmott Thursday. “From an audit perspective and a performance measurement perspective, we haven't got there yet. The key of this real-time audit is really showing how we got off to a rough start.”