David Bowie's Dead, and It Sucks 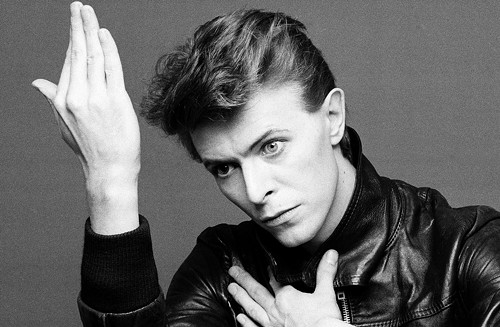 Then late last night the news broke that David Bowie is dead.

Dead? Am I reading this right? How is this possible? He just... just put out a new album, his second since 2013's The Next Day, which followed a near-decade of silence and a literal low profile—not just the visual pun that he put on the cover of 1977's Low. Surely this a signal that we're only, just now, making our way into the back nine of Bowiedom, where more oddities and musical masterpieces await us?

But the album, instead, is his last word. Bowie had been fighting cancer for 18 months, and there will be plenty of time to discuss how that illness made its way into Blackstar, an album that deals with mortality and religion and all those whopping metaphysical issues in a wonderfully skewed, Bowie-esque way. The man's career is so huge, and musical legacy so gigantic, that maybe a new album is all I can focus on right now. There's too much great Bowie work to think about, from "Space Oddity" to its sequel, "Ashes to Ashes," (and whose protagonist, Major Tom, is thought by some to have reappeared in Blackstar's title track and video), to the so-called "Berlin trilogy" of Low, "Heroes," and Lodger (most of which was recorded in France), to his chameleonic reinvention every couple of years, to his acting work (his portrayal of Pontius Pilate in Martin Scorsese's The Last Temptation of Christ always ranked high for me, way higher than his role of the goblin king who shall not be named here—seriously, if Labyrinth is your greatest frame of reference for Bowie, a treasure trove of groundbreaking, epochal music awaits you, so hop to it), to his brilliant appropriation of trends and movements in fashion and art into his own work.

I saw David Bowie once, here in Portland, at a show on April 13, 2004, that took place in the Rose Garden's "Theater of the Clouds" seating configuration. It was outstanding. As I remember it, he played nearly 30 songs from all stages of his career, and while Bowie has never loved touring and, at one point in the early '90s, said he would never play his old hits again, the show was generous and joyous and fantastic; he recognized how important his old songs were to his fans while simultaneously giving them the opportunity to hear his newer ones. After that tour, Bowie never played shows again. I had no idea exactly how special it was at the time, and believe me, it felt pretty fucking special.

But faced with the impossibility of looking at his almost unfathomably important career as a whole, here are some bite-sized videos of David Bowie being David Bowie. A definitive list of his "best" would be impossible, and a rundown of my favorites would also be too long to put in this blog. But here are five songs (with some visual elements, always an important factor for Bowie—perhaps his greatest contribution to rock 'n' roll, if you really want to boil it down) that demonstrate what an immense talent he was.

"David Bowie Was: The Lives and Deaths of David Bowie," by Ned Lannamann

"Beyond Labyrinth: David Bowie on Film," by Erik Henriksen