By the time Adrienne Truscott was on a scissor lift, sipping a glass of red wine, I had already given myself over to the dance.

Adrienne Truscott is naked a lot. I suppose we all are. But Truscott does it on stage.

At this year's Time Based Arts festival, she did it as part of a performance, entitled THIS. True to the festival's concept, Truscott experimented with audience reaction, video, and various props around the huge warehouse-y show space to express bite-sized pieces of memory—reliable or not.

What began as a comedy show riffing on contemporary feminist problems (if you like abortion jokes, you’d have loved this) segued into a work of non-linear memoir. Often funny and occasionally troubling, the show delighted in surprising onlookers while asking them to give in to the strange, naughty flow of Truscott’s magnetic performance.

Truscott is the centerpiece of THIS, but she gave the audience plenty of reason to question her narration. When stories about her appeared on screen as text, she claimed that she wrote a book of them that morning, and what we were watching was that very book.

Each story folded into another, in a way that made it difficult to discern where one anecdote ended and another began. Truscott claimed that she didn’t quite remember much about various points in her life, despite sharing specific details—"the swimsuit was mint green,” she said at the end of one story. The absence of context seemed like it was in the room with us, watching as a shadow in the corner, though it never approached or attacked.

Truscott also called the present moment into question. When the large garage door in the back of the venue opened, Truscott yelled for someone to close it. This was quickly revealed to be a gag. But the tension of these moments fueled her performance's chaos.

Over course of the 75-minute maneuver, it felt as if Truscott could do anything. And by the time she was on a scissor lift, sipping a glass of red wine, I had already given myself over to the dance.

That isn’t to say that Truscott's performance lacked deliberation. Despite moments of spontaneity, THIS is obviously a product of extensive planning. Someone had to make the cardboard piano, the dress made of feathered material, the robot hummingbird. As a result, THIS felt like a culmination of a career spent experimenting with various talents and then putting them to best use.

Nudity did play a part in THIS, but it wasn’t just for shock value. Yes, watching Truscott pull endless flags out of her vagina, like a clown would, was bonkers. But it was also disarming. Always in on the joke, Truscott knows that nudity can be too easy, too distracting. However, the way she employed it seemed to bring her closer to us, to force us to listen. No one can really convey all that they are—especially in such a short time—but THIS was a fascinating distillation of one woman’s essence and place in the world. It was silly, it was beautiful. The audience left with smiles on their faces and uncertainty in their eyes.

Can't get enough TBA 2022? Read our ongoing reviews of the performances and picks for the festival. Thanks to PICA for contributing to our TBA coverage, and if you would like to see more arts and culture reporting from the Mercury, please consider making a small monthly contribution. 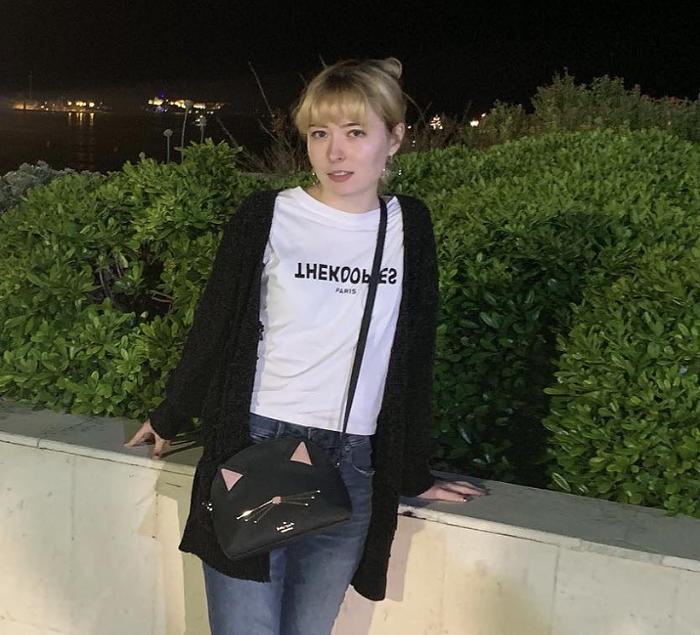