The 40 Best Things to Do in Portland This Weekend: March 6-8

Another weekend in Portland, another set of amazing opportunities to get your soul stirred, your mind blown, your spirits lifted, and your ass shook. Hip-Hop legends abound, potential mayors face the music, PIFF pops off, and a whole lot more to keep this weekend mighty full. Hit the links below and load your plate accordingly

Telefon Tel Aviv, Chasms
Chicago-based producer Joshua Eustis steps away from his roles as a touring member of Nine Inch Nails and producer for Puscifer to bring his own IDM, ambient techno, and glitch project back to the touring circuit. (Fri March 6, 6 pm, Holocene, $15)

Lucky Lab's Barleywine Festival
Lucky Lab's annual celebration of one of the biggest, maltiest, knock-you-on-your-ass-style beers in brewing history features over 70 varieties rotating through 20 taps Friday and Saturday. Admission includes a festival glass and four tokens, with additional four ounce pours for $2.25. The Lucky Lab sits right next to three bus lines, and the Portland streetcar, and this is mentioned because you definitely do not want to get in a car after sampling this malted heaven all day. (Fri-Sat March 6-7, noon, Lucky Labrador Beer Hall, $16)

Keane, Saint Sister
The reunited English alt-rock and Britpop quartet comprising of Tom Chaplin, Tim Rice-Oxley, Richard Hughes, and Jesse Quin returns to town for the first time in nearly a decade for an all-ages show supporting their latest, Cause and Effect, the band's first album since 2012's Strangeland. (Sat March 6, 8 pm, Roseland, $35-40, all ages)

Drama, Ric Wilson
Na'el Shehade and Via Rosa definitely live up to the name Drama, but the Chicago duo create it with subtlety. Shehade's beats aren't overbearing, and instead hang mystically behind Rosa's supple vocals. The project’s mellow dramatics could score both late-night dance parties and solitary introspection. On this return visit to Portland, Drama will be joined by self-proclaimed “electrified motivational funk hop pop poet” Ric Wilson who will expand your mind with his entertaining combo of funk, R&B, and rap. (Fri March 6, 9 pm, Wonder Ballroom, $15-17, all ages) CERVANTE POPE

Disney's Frozen
The Portland premiere of the hit Broadway adaptation of that one movie with "Let it Go" in it. It's setting up shop in the Keller for the good part of a month, so you'll have plenty of options to go, and go again, which you'll probably be doing if you have children. (Fri March 6, 7:30 pm, Keller Auditorium, $45-140, all ages, through March 22)

Blackwater Holylight, Abronia, Night Swim
Blackwater Holylight lurched onto the local music scene last year with a promising self-titled debut album that found the band traversing several avenues of heavy music: hard rock, doom metal, shoegaze, psych, and beyond. On their sophomore effort, Veils of Winter, Blackwater Holylight ditches the paint-by-numbers approach in favor of finding their own way. Opening track “Seeping Secrets” features about three minutes of capable, earth-moving doom riffage before bassist Allison Faris and guitarist Laura Hopkins deliver a glistening chorus that instantly brings the song into perfect balance. Bluesy, rock ’n’ roll swagger collides with the motorik beat on “Motorcycle.” “The Protector” is heavy yet seems to float on a cloud of burbling bass, faded synths, and dead-eyed vocals. And “Death Realms” is a smeared, punchy dream that earns a comparison to My Bloody Valentine, but also doesn’t get lost in its own fog. (Fri March 6, 9 pm, Mississippi Studios, $15-18) BEN SALMON

Colin Hay
The Scottish-born Australian musician known for fronting the new wave pop/rock outfit Men at Work before perusing his own solo career returns to the stage at Revolution Hall for the Portland stop on his latest North American tour. (Fri March 6, 8 pm, Revolution Hall, $47.50-59.50)

Ceremony of Sludge
The Ceremony of Sludge mini-fest closes in on a decade strong, bringing you a landslide of headbang-worthy heavy metal and doom from near and far played at ear-melting volumes at the Kenton Club. (Fri March 6, 8 pm, The World Famous Kenton Club, $10) 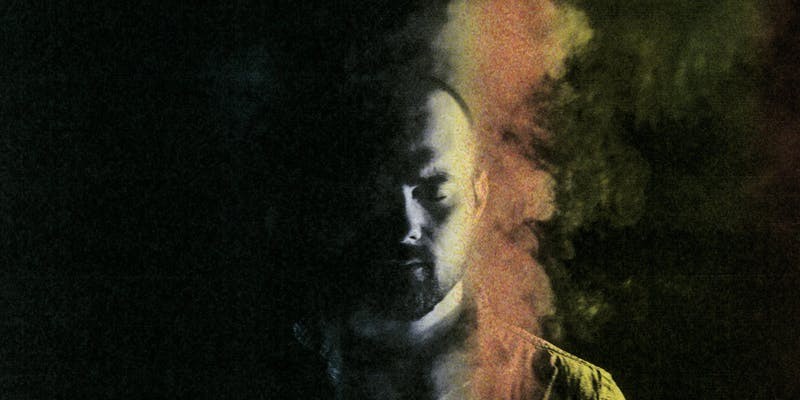 Ásgeir, Khushi
Ásgeir Trausti Einarsson crafts elegant folk music with restrained electronic elements, setting his tender, sweet, silkily high-toned and ethereal vocals against it. I’m reminded of the very first Bon Iver album, when Justin Vernon was recording all by himself in an isolated cabin in Wisconsin, and you could hear it in the songs. Ásgeir’s music has a similar feel, though it’s somehow brighter, lusher, and sexier, while still maintaining a subdued tone. His 2020 third album, Bury the Moon, is an early contender for my Best of 2020 list. (Sat March 7, 9 pm, Doug Fir Lounge, $25) LEILANI POLK

Respect! Ladies of Vintage Soul!
Respect! returns loud, brash, bold, and full of timeless soul for 2020 with DJ Action Slacks at the helm—one of the very best at reminding this city that nobody did it like Ruth Brown, Koko Taylor, Big Mama Thornton, Nina Simone, Betty Wright, and of course, Aretha Franklin. (Sat March 7, 9 pm, The World Famous Kenton Club, $7-10)

Eric Nam, Frenship
At the 2020 Golden Globes, Parasite director Bong Joon Ho said, “Once you [English-speaking audiences] overcome the one-inch-tall barrier of subtitles, you will be introduced to so many more amazing films.” Well, the same is true about non-English lyrics. Because, sure, smoking-hot, bilingual, heartthrob Eric Nam recently released a debut English record, Before We Begin, with the very danceable, posi break-up anthem “Congratulations.” But if you ignore his Korean-language singles you’re going to miss out on all the light-hearted bangers he made before this, like “Runaway” and “Potion.” Okay, actually it looks like they made an English version of “Runaway,” but what about “Potion?” Won’t somebody please listen to “Potion?” (Sat March 7, 9 pm, Wonder Ballroom, $30-32, all ages) SUZETTE SMITH

The Original Dark Brews Festival
If you love stouts and dark ales, congrats: You are a sophisticate who deserves delicious drinkable rewards, and the Dark Brews festival is dedicated to providing exactly that, with some of the Northwest's most talented brewmasters sharing their best dark beers at the new East Portland location of the legendary John's Marketplace. Participating breweries include Breakside, Fort George, Reubens, Alesong, Ecliptic, deGarde, and more. (Sat March 7, 11 am, John's Marketplace, $15)

La Chute's Mark E. Smith Birthday Celebration
Fans of the Fall, and that band’s cranky and impassioned lead singer Mark E. Smith, in the US are few but they are a dedicated crew. Just a few days after Smith’s actual birthday—and a month after the one-year anniversary of his death—his legacy will be honored anew by one such gang of enthusiasts: the Fall tribute band La Chute. This early evening, all-ages show at Kenton neighborhood record (and tape) shop Speck’s will open with another post-punk racket performed by Plastic Harmony Band. And it’s your last chance to hear La Chute with founding guitarist Ross Morgan. (Sat March 7, 7 pm, Speck's Records & Tapes, $5, all ages) ROBERT HAM

Møtrik, Party Witch, Slanted Floors
Møtrik belongs to the massive faction of American bands that have copped Germany’s more otherworldly musical elements. But on Safety Copy, the group expertly ties those sounds together with decades of greasy rock ’n’ roll mutations. Møtrik’s sincerity, and their respect and love for the music, seals the deal. (Sat March 7, 8 pm, The Fixin' To, $7) MARK LORE

The Aces: Ghost Town
Local sketch comedy geniuses The Aces say "howdy!" once more as they mosey onto the Siren stage for another set of outlandish scenarios designed to hustle, rustle, cajole, and woo big campfire-sized guffaws out of you. Also, there's probably going to be a petting zoo. Starring The Aces themselves, Shelley McLendon and Michael Fetters. (Sat March 7, 7:30 pm, Siren Theater, $15-20)

Portland Mayoral Climate and Environmental Justice Forum
In case you didn’t know, we’re in a state of environmental emergency. So it’s fitting that the first 2020 debate to feature all the major mayoral candidates—including Mayor Ted Wheeler—will focus on one issue: the climate. This debate is being hosted by the youth-led organization Sunrise PDX, 350PDX, and the Harriet Tubman Middle School Environmental Justice Club. Topics will likely include the planned expansion of the Interstate 5 freeway in the Rose Quarter, what the city can do to reduce fossil fuel reliance, and, um, maybe plastic straws? (Sun March 8, 7 pm, Revolution Hall, $10, all ages) BLAIR STENVICK

E-40, Too $hort, Mack 10
A pair of Bay Area legends bring their co-headline tour to the Roseland stage, with fellow West Coast hip-hop trailblazer Mack 10 along to round out the proceedings. (Sun March 8, 8 pm, Roseland, $50)

Portland Timbers vs. Nashville SC
The Timbers welcome the newest team in the MLS Western Conference to Providence Park as they look to close a season opening home stand with a win. (Sun March 8, 4 pm, Providence Park, $30 & Up, all ages)

SheBrew
The sixth annual celebration focusing on the women in the craft beer and cider industries, SheBrew has impeccable timing, arriving on International Women's Day and taking over Castaway, featuring over 40 total brewers sharing their wares, with many having created special drinks specficially for this festival. Proceeds benefit the Human Rights Campaign and the Oregon Brew Crew. (Sun March 8, noon, Castaway, $25-30, all ages)

Bill Frisell
Jazz guitarist extraordinaire Bill Frisell’s name may be on the front cover of his latest album Harmony in a bigger font than the rest of his bandmates, but the rest of his team—vocalist Petra Haden, cellist Hank Roberts, and guitarist/bassist Luke Bergman—deserve equal billing. Frisell takes a slightly diminished role in these compositions, quietly humming in the background of tunes or doubling Haden’s vocal melodies. When he does solo, it comes out shyly: a gentle flutter of notes as he takes to the air to join the rest of the flock on their journey south. (Sun March 8, 8 pm, Aladdin Theater, $35, all ages) ROBERT HAM

Oregon Symphony: Dance Party!
The Oregon Symphony put together a program solely intended to make little kids shake their booties, with a program including the “Mambo” from West Side Story and Leroy Anderson’s Sandpaper Ballet. (Sun March 8, 2 pm, Arlene Schnitzer Concert Hall, $11 & Up, all ages)

As you're considering going out in Portland, remember that it's important to always wash your hands and stay home if you're sick. Currently, Oregon and Multnomah County have not put any restrictions in place regarding group gatherings due to the coronavirus, but it's a good idea to double-check event websites directly for cancellations or postponements before leaving the house.

The Best Things to Do While Staying Home and Staying Safe This Weekend: May 29-31