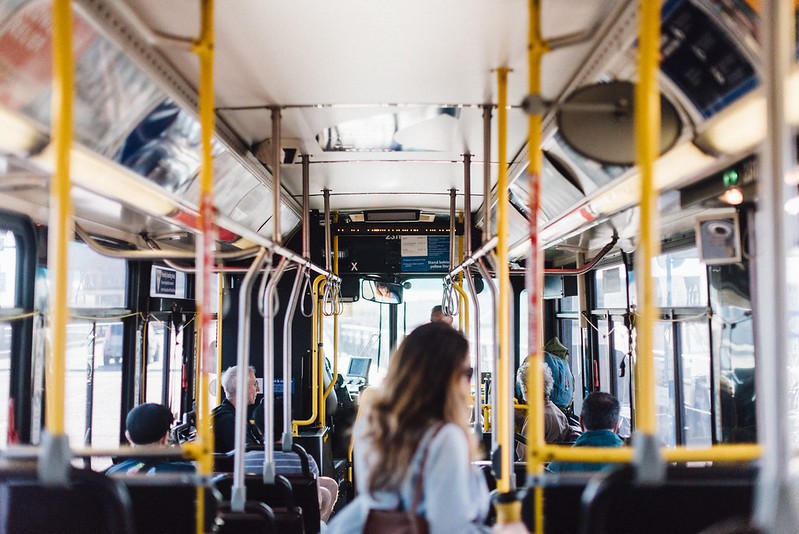 TriMet board members voted Wednesday to expand rider penalties for people who commit criminal offenses on the transit system and riders who chronically violate TriMet code. The change allows the agency’s general manager to circumvent the criminal justice system to ban riders who threaten the safety of other riders, as well as riders who repeatedly litter on board or use buses and trains as shelter.

The decision reflects the agency’s recent push to promote a sense of safety on the transit system amid low ridership levels that have yet to rebound from the pandemic.

“With the challenges happening in the community today, issues such as vandalism, crime, drug use and mental health are at a tipping point and, at times, spill over onto the transit system, despite agency efforts,” said TriMet Chief Operating Officer Bonnie Todd in an October press release following the first discussion of the changes. “TriMet is working on a strategy to better address inappropriate behavior on the system, better support our operators and other employees, improve the cleanliness of our vehicles and property, and pursue coordinated efforts with external partners to address social issues and ensure safe access to transit.”

Wednesday’s vote expands TriMet’s definition of “serious offenses,” a term encompassing all rider actions that can lead to temporary or lifetime bans from the public transit system. Currently, TriMet limits serious offenses to felonies, like assault, robbery, and various sex crimes. Earlier this year, the TriMet board also voted to include spitting on a driver as a serious offense in an effort to support operators who have experienced an increase in attacks and harassment from riders throughout the pandemic.

Under the new exclusion guidelines, which go into effect January 13, felonies, attempted felonies, and Class A misdemeanors—like bias crimes and public indecency—all fall under TriMet’s definition of a serious offense and can subject a rider to a long-term exclusion at the general manager’s discretion. In order for a rider to trigger the process for a possible exclusion, TriMet security staff or law enforcement would need to be present to cite the rider and record their identity.

While TriMet’s exclusion rules use criminal offenses to define rider actions that can make them eligible for a ban, the agency’s banning system operates independently from the criminal justice system.

The amendment also removes a previous distinction between first and second serious offenses, giving the general manager authority to deliver a six-month to lifetime ban from riding TriMet, regardless of whether the rider has committed an offense before. According to TriMet spokesperson Roberta Altstadt, there were approximately one hundred Class A misdemeanors that took place on the TriMet system in 2022 that would have been reviewed for possible rider exclusions under the expanded eligibility. She did not clarify if those incidents were caused by riders who were only suspected or charged with a Class A misdemeanor or convicted for the crime. TriMet delivered its first and only lifetime ban in 2019 to Jared Walter, who sexually assaulted several women on buses and trains throughout the previous decade.

The board-approved changes also allow rider exclusions to be given to riders who chronically violate TriMet’s conduct rules, like smoking, littering, excessive noise, and non-transit use of the system (like when a homeless person uses TriMet as a form of shelter). Riders who violate TriMet code three or more times in a 90-day period can be subject to a rider exclusion for up to two years at the discretion of TriMet’s general manager.

The changes only impact behavior-based offenses on TriMet, not fare evasion. Riders who evade fare can be charged with a fine, be ordered to do community service, or be enrolled in the agency’s reduced fare program if they meet the eligibility criteria.

According to Altstadt, riders who are caught littering or using a MAX train as a place to sleep three times in 90 days—making them a “chronic offender” and eligible for an exclusion—have an “extremely low likelihood” of receiving a long-term exclusion from current General Manager Sam Desue.

“If there is an opportunity to connect the person with help that leads to a change in behavior, such as housing services, that would be a desirable outcome,” Altstadt said.

TriMet board member Ozzie Gonzalez, who represents Northwest Portland and portions of North and Southwest Portland, was the sole board member to vote against expanding eligibility for rider exclusions Wednesday. In an email to the Mercury, Gonzalez described the expanded eligibility as “vigilante justice” performed by TriMet.

“I don’t think we should have this kind of power over others without the guarantee of a just process,” Gonzalez wrote.

TriMet’s rules dictate that in order for a rider to be banned, the general manager must find that the rider committed an eligible serious offense based on a “preponderance of the evidence,” meaning that there is a greater than 50 percent chance the rider committed the offense. That finding is a lower burden of proof than a criminal conviction within the legal system, which requires proof beyond a reasonable doubt. That means that a criminal court may not find a rider guilty of the same offense that TriMet—after a review of security footage, police reports, witness statements, and any other evidence—finds them guilty of.

“If a review of the available information in a given case supports a finding that, by a preponderance of the evidence, an eligible offense was committed, the General Manager would be authorized to issue a long term exclusion,” TriMet spokesperson Tia York told the Mercury. “TriMet expects in most cases, this is a conclusion that the General Manager can make regardless of the status of the case in the criminal justice system, which is a process that TriMet has no control over.”

TriMet has been able to ban riders from the system independently of the criminal justice process since 2017 when it first developed its independent banning process. Prior to 2017, TriMet relied on rider bans to be included in a person’s parole after they were convicted of committing a crime on TriMet.

TriMet allows riders to challenge the exclusion, and anyone served with a lifetime ban can ask the agency to reconsider the ban once per year. If a rider is banned from TriMet based on a crime that a criminal court later finds them not guilty of, the verdict could be presented in rider’s challenge of the ban to TriMet but does not automatically mean that the ban would be rescinded.

“An important aspect of our approach is to get people off the system when there is a security threat, but then give them the opportunity to get back on when there is changed behavior,” TriMet legal counsel Erik Van Hagen told the board Wednesday.

The board’s approval of the expanded exclusion eligibility coincides with a recent push to increase security measures on the TriMet system, partly as a way to encourage riders back onto buses and trains. Ridership on TriMet is down about 45 percent compared to pre-pandemic levels. While the decrease was largely due to a shift in commuting prompted by the COVID-19 pandemic, TriMet leaders have expressed a need to address safety concerns raised by the public in order to encourage commuters back onboard.

In 2022, TriMet doubled the number of Customer Safety Officers and Supervisors—TriMet employees who enforce agency rules and check fares—and Safety Response Team representatives— individuals that aim to connect riders with social services—riding the system. The agency has also increased its transit security officers, who are responsible for addressing crime on the transit system, from 60 to over 100 this year.

“Having more of a high-visibility presence of security and staff helps put riders at ease,” TriMet spokesperson Tyler Graf told the Mercury earlier this year.