Another True Story of Dental-Related Horror

My family had a thing about discarded body parts.

When my brother and I got our tonsils out, we took them home in small bags of formaldehyde, where they hung on our fridge for years under little “his” and “hers” clips—that is, until our parents worried about the structural integrity of the swelling bags, and we had to throw them out. My parents also kept our crusty amputated baby belly buttons—I’ll give you a moment to process that—which were kept in envelopes in our baby books, serving as the baseline of every drunken dare in high school.

So when I got my wisdom teeth removed as a teenager, of course we took them home—where my mom immediately lost them.

I used to finger the holes in my mouth where my teeth used to be and wonder: Where could they have chomped off to? Was there a secret jar of children’s teeth somewhere in our house that my parents never told us about? The ones they stole while posing as the Tooth Fairy so they’d have a complete collection? Did somebody take them for my DNA? (Follow-up questions: Is DNA valuable, and is it even in teeth?) Often I’d lay awake at night, swearing I could hear a faint chitter-chatter of my ghost teeth in our walls, tapping out a message I could never understand. Chitter chatter... chitter chatter... chitter chatter. 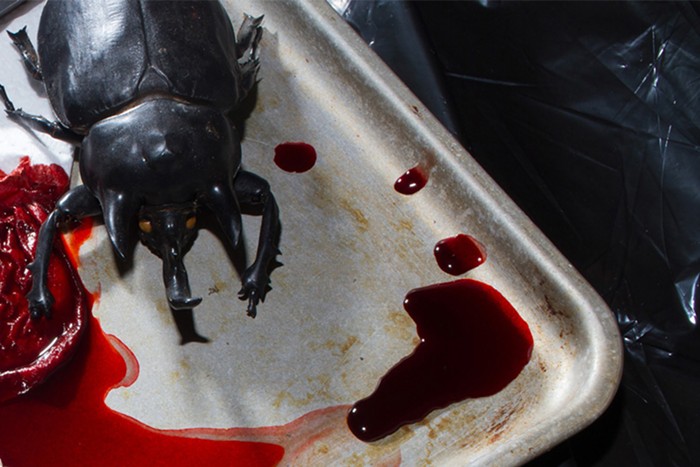 Years later, my mom cleaned out her closet, and while going through an old purse, she found my broke-down pearly whites zipped into a little compartment. I was happy to be reunited with my lovely mouth bones, but sad when I realized their recovery meant that a stranger shopping at Goodwill would never experience the holy terror of finding a bunch of old teeth in a used handbag. That’s when I knew I had to repurpose my teeth into something meaningful. Maybe an amulet? Or the opposite of an amulet, for my enemies?

Then my mom sold our house—my childhood home, where I’d always lived—to some strangers. I wasn’t ready to leave, but I suddenly realized not all of me had to go. I won’t say exactly where, but somewhere inside the walls of that beloved old house is where I buried the missing teeth. And I imagine the children of those strangers, waking up in the darkest portion of night, alone in their rooms, their minds trying to decipher a faint, unrecognizable sound: chitter chatter... chitter chatter... chitter chatter.

Elinor Jones writes the gossip column, This Too Shall Pass, as well as movie reviews, and dinosaur stuff. She likes your lipstick.
If you enjoy articles like this, please help the Mercury continue our mission of providing up-to-the-minute information, progressive journalism, and fun things to do in Portland by making a small recurring monthly contribution. Never forget: Your help is essential and very much appreciated!
CONTRIBUTE NOW