1
City is overpopulated anyway. I for one am buying a jello-machine (for many reasons) and shall immerse myself within it stat.
on March 14, 2012 at 5:35 PM Report this
2
Despite the water system's 'many' redundancies, it is not likely to survive without major damage. A large enough quake will likely cause severe damage to the dams in the Bull Run watershed and the conduits carrying the water to town.

The backup groundwater system relies on large amounts of electricity to pump water out of the ground and up to Powell Butte, and the well field is located on the Columbia River floodplain, where groundwater is plentiful, but the soils are subject to liquifaction, which could severely damage the collection mains; and the whole area is subject to flooding provided river stage is high enough, the quake takes the levees out, and the drainage district doesn't have power for their pumps.

What firefighters may be left with is (1) a very limited amount of water stored in in-town tanks and reservoirs, provided the tanks and the water distribution system piping survive, and (2) whatever they can pump out of the rivers, provided the rivers are accessible by vehicle and the Fire Bureau has sufficient pumper truck capacity.
randyzpdx on March 14, 2012 at 6:04 PM Report this
3
Oh, this article is right up my alley. Nice!
Spindles on March 14, 2012 at 6:54 PM Report this
4
Reading the article puts a lump in my throat and images of the real situation I went through here in Japan on 3/11 one year ago. Very scary indeed. You covered a lot of the structural damage quite well. Although in a city with many high rise buildings it could be added the droves of people exiting their offices in a panic to get out - as most people won't huddle under their desk in fear of being buried alive in a building like 9/11. As they exit the buildings they are sliced to ribbons from the hundreds of shards of broken glass fallen from the tops of the high rises traveling hundreds of meters out.

Some other things that I think could be added are the human points. This may be because I live in Tokyo, but after the earthquake as most mass transportation is no longer viable and roads are just parking lots, will be herds of people trying to get home. This of course depends on the time an earthquake hits, like in the middle of a work day, like Japan 2:46PM. As these herds move, some against each other, people on bikes are forced to get off and walk as they become too dangerous to dodge the herds.

People get home to find things destroyed, people dead, and then go into survival mode. All stores are stripped of supplies within hours as people un-needingly hoard supplies. Now this didn't happen in Japan to the extreme which would make it news worthy, but some fowl people in society take advantage of lack of police response, ATM's left in collapsed buildings, rich homes exposed, and now massive looting starts. The normal people start to protect themselves and start blasting people as they enter their homes. The news can't get anything right and you here power will be on soon while another report says no power for weeks. The National Guard is brought in and pretty much all hell is broken loose.

7
I read this last year under a different name, some things changed but.... can anyone help me find it?
tcraighenry on March 15, 2012 at 9:30 AM Report this
8
Here you go! http://www.portlandmercury.com/portland/are-you-ready-to-die/Content?oid=3323012

10
@rerun hmmm, they look familiar! I think I was actually thinking of something that a real world NOAA scientist wrote. Not plagiarism because his was good.

16
Are you all new or something? Come on now. Those pretty mountains? Volcanoes created by plates pushing together. Oh yeah. And they're filled with magma just waiting to explode into the sky and blanket the Pacific Northwest with ash again. No oozers here, pyroclastic for life! We're actually about due for an earthquake. It's been a while.

WE ARE ON THE RING OF FIRE.

18
Could have given a shout out to this much older article: http://www.outsideonline.com/outdoor-adven…
Sarahfina on March 15, 2012 at 5:25 PM Report this
19
This is one of the best, and most well-written articles i've ever read here! Thanks alot. Plus, glad to see the The Hills will most likely get the worst of it - HA! Some of you are saying that this article - or something similar - had already been printed before. I suppose i missed it.
DamosA on March 15, 2012 at 7:01 PM Report this
20
So only one article about Portland earthquakes is allowed? This is serious shit people. There should be a hundred of them if it'll kick this city into gear to protect their citizens.
on March 15, 2012 at 8:29 PM Report this

21
LOL this is amazing. Since none of you 1. apparently realized those big jagged peaks in the distance were terrifying death traps connected to the Ring of Fire, 2. the Ring of Fire also quakes the earth and 3. WE HAVE EARTHQUAKES EVERY FEW YEARS JESUS, I doubt this fine piece of journalism is going to matter to you or to the city.

23
@dex like the 5-6s we usually get?
tcraighenry on March 16, 2012 at 9:56 AM Report this
24
re-hashed article....they just forgot to put the bird laughing and pointing at humans during the quake, in the illustration.

Go to Costco and get bulk dry food and water, at the best price, to store in your pad, then go to that survivalist store on 72nd and Halsey(?) and get a hand-crank radio and your set for a few days. Oh yeah, and pray it doesn't happen during Winter...at night.
Chorizogrande on March 16, 2012 at 9:57 AM Report this
25
"So only one article about Portland earthquakes is allowed? This is serious shit people. There should be a hundred of them if it'll kick this city into gear to protect their citizens."


Uhm, the article went over a disaster scenario affecting the entire North Western region; it didn't just focus on Portland. Re-read the article.
DamosA on March 16, 2012 at 12:14 PM Report this
26
One of the most important things to mention (and I don't see anyone here saying it) is that you MUST have an Earthquake Survival Kit: http://earthquake.usgs.gov/learn/topics/?t…

Most important - A reserve of water, food (protein bars), and cash. A hand crank radio with a light is also a good idea.

Portland Maps site has a good earthquake hazard map where you can see what type of ground you're living on in respects to the intensity of the shaking.
as_I_can on March 16, 2012 at 12:15 PM Report this 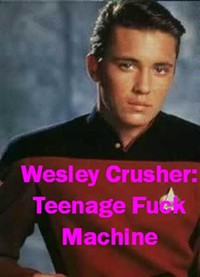 28
Yeah, Whatever. Earthquakes ain't got shit on a warp core breach. Quit your cryin'.
Yeah, I'd fuck a Klingon on March 16, 2012 at 10:17 PM Report this
29
Um, I didn't see mention of the 13 dams upstream on the Willamette . . . many of which are approaching their life expectancy of 60 years. Upstream communities would similarly be affected and our biggest worry are the dams--it can be assumed that the earthen dams pose a huge risk of failure. This would result in a couple of different scenarios, but at a minimum a large pulse of water and debris coming down the Willamette within the first few hours after the first major quake . . .
on March 18, 2012 at 9:51 PM Report this
30
This article didn't take the downed power lines into account when saying that firefighters would be able to battle some of the burning homes because of adequate pressure from Bullrun. I'm just glad that Trojan is decommissioned, and hope that Washington has adequate safeguards for their nuclear generation so we don't experience a Fukushima disaster of our own.
on March 19, 2012 at 12:22 PM Report this

31
Check out the Next Four Minutes -A response by those involved with the Transition PDX movement, about the community resiliency that is already occurring, along with great links to workshops and groups to get involved with to become as ready as one can be.

http://www.portlandoccupier.org/2012/03/20…
mycelium on March 20, 2012 at 11:27 AM Report this
32
You forgot the part about FEMA mismanaging the relief efforts, people living tent cities, cops acting out their own style of justice, and the disaster capitalists moving in like vultures on a juicy eyeball.
zipitup on March 20, 2012 at 8:37 PM Report this
33
Here is an amazing video summarizing all the earthquakes around the ring of fire in 2011. It makes is crystal clear what the implications are of living on this narrow ring:http://www.youtube.com/watch?v=2a--NC4Nong&feature=uploademail

Diane Emerson
on March 22, 2012 at 9:15 AM Report this
34
I was in Christchurch right after the earthquake last year to help out. Here is a tip which I have not seen mentioned anywhere, and which could greatly benefit many. What I noticed when I arrived was that everyone who had been through the quake was traumatized. People were having difficulty concentrating, remembering, and functioning. People like me, who had not been in the worst of the quake, were doing much, much better. So I was very helpful to many. But not nearly as helpful as I could be, if I had been a local. So here's the tip: Right now, get in contact with people who formerly worked at your organization or business. Ask them if they would be willing to come to Portland in case of a big earthquake to help get things functioning again, while you and the others who lived through the quake concentrate on securing your families and homes. They will come if you ask them. They know the city. They know the people. THEY KNOW YOUR SYSTEMS - how you do things, how things work. And they will not be traumatized, and can function. Diane Emerson
on March 22, 2012 at 9:25 AM Report this
35
well they sort of forgot that we can have a lot of river traffic here. Such as boats and ships that can come to portland via the ocean and river, for all kinds of relief work. There will also be tons of small craft functioning to ferry people across the river for a fee. until they run out of fuel... but if they are smart they will go somewhere else in that boat like out of town. so we will not get the full benefit of that unless they do have fuel. or if they are sailboats!
maxima on April 1, 2012 at 10:18 PM Report this