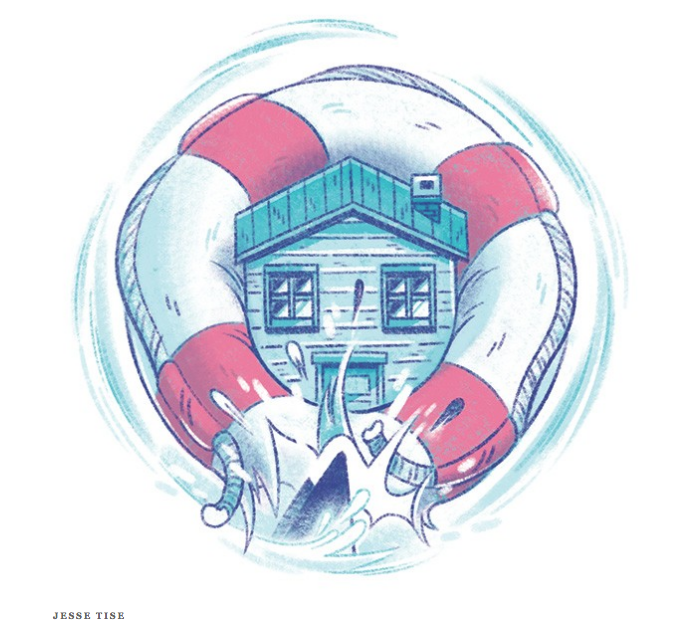 Portland's housing state of emergency might get its longest extension to-date, if a proposal Mayor Ted Wheeler is cooking up moves forward.

Tomorrow, Wheeler's office plans to submit an ordinance for council consideration that would push an expiration date for the city's housing emergency status out 18 months, spokesperson Michael Cox says. The ordinance would be taken up next week—in time to keep the emergency declaration going past its slated expiration on October 6.

The housing emergency, first proposed by Mayor Charlie Hales roughly two years ago, has been used again and again to place temporary homeless shelters in places where Portland's zoning regulations otherwise would make that difficult. For Wheeler, who won office partly on a promise to increase shelter space, that's a crucial point.

But Cox says the mayor is also leery about the heretofore murky definition about what, exactly, constitutes an emergency. As written, he says, the ordinance the mayor plans to file would create a group that would hash out that definition, and criteria for ending the emergency period—all within six months of passage.

"We don't know what the right metrics are," Cox says. "Is it vacancy rates? Is it rent increases? Is it homelessness?"

In fact, City Council has cited all three of those and more in past decisions about the housing emergency. Last year, an ordinance extending the state of emergency until October 6 laid out the city's housing issues in detail. It discussed how housing supply hadn't kept pace with the city's population growth, rent increases of 30 percent over five years, a ballooning homeless population, insufficient affordable housing, and more.

"These combined circumstances are contributing to significant human suffering, creating an immediate need to provide adequate, safe, and habitable shelters for persons experiencing homelessness, and to rapidly increase the supply of permanent affordable housing," the ordinance read.

Wheeler's most high-profile use of the emergency declaration came in April, when his office brokered a last minute-deal that saw well-regarded homeless camp Right 2 Dream Too to move into the Rose Quarter, onto a plot not zoned to automatically allow a mass shelter. (Hales ran into a similar issue when he tried to move the camp into the Central Eastside, and wound up scuttling that plan.) The emergency is also being used to site a 200-bed shelter at a county-owned building in East Portland.

A new plan to create another 200-bed shelter in Old Town would be allowed under the zoning code, officials have said.

The designation has done more than offer officials zoning leeway, though. When Hales called for an emergency declaration in 2015, it also served to center officials' attention on Portland's growing issues. In the time since, the city has developed an inclusionary housing policy that mandates affordable units in many new apartment buildings, passed new renter protections, won voter approval for a $258.4 million housing bond, and more.

Even so, problems persist. The latest "point-in-time" homeless count found Multnomah County's homeless population had risen 10 percent between 2015 and 2017, and stories of rising rents and renter displacement are still common.

It's possible Wheeler's 18-month extension could cause heartburn in City Hall. Last year, when Hales proposed extending the emergency by three years, the rest of city council immediately shot down the idea. A compromise was reached to extend it by one year. (When the emergency was first passed, it was supposed to be reconsidered every six months.) We've reached out to city commissioners' offices for reaction.

Update: Staffers for commissioners Amanda Fritz and Nick Fish say they're on board with the proposal.

Comments 7
Tags: Housing News City Hall
If you enjoy articles like this, please help the Mercury continue our mission of providing up-to-the-minute information, progressive journalism, and fun things to do in Portland by making a small recurring monthly contribution. Never forget: Your help is essential and very much appreciated!
CONTRIBUTE NOW