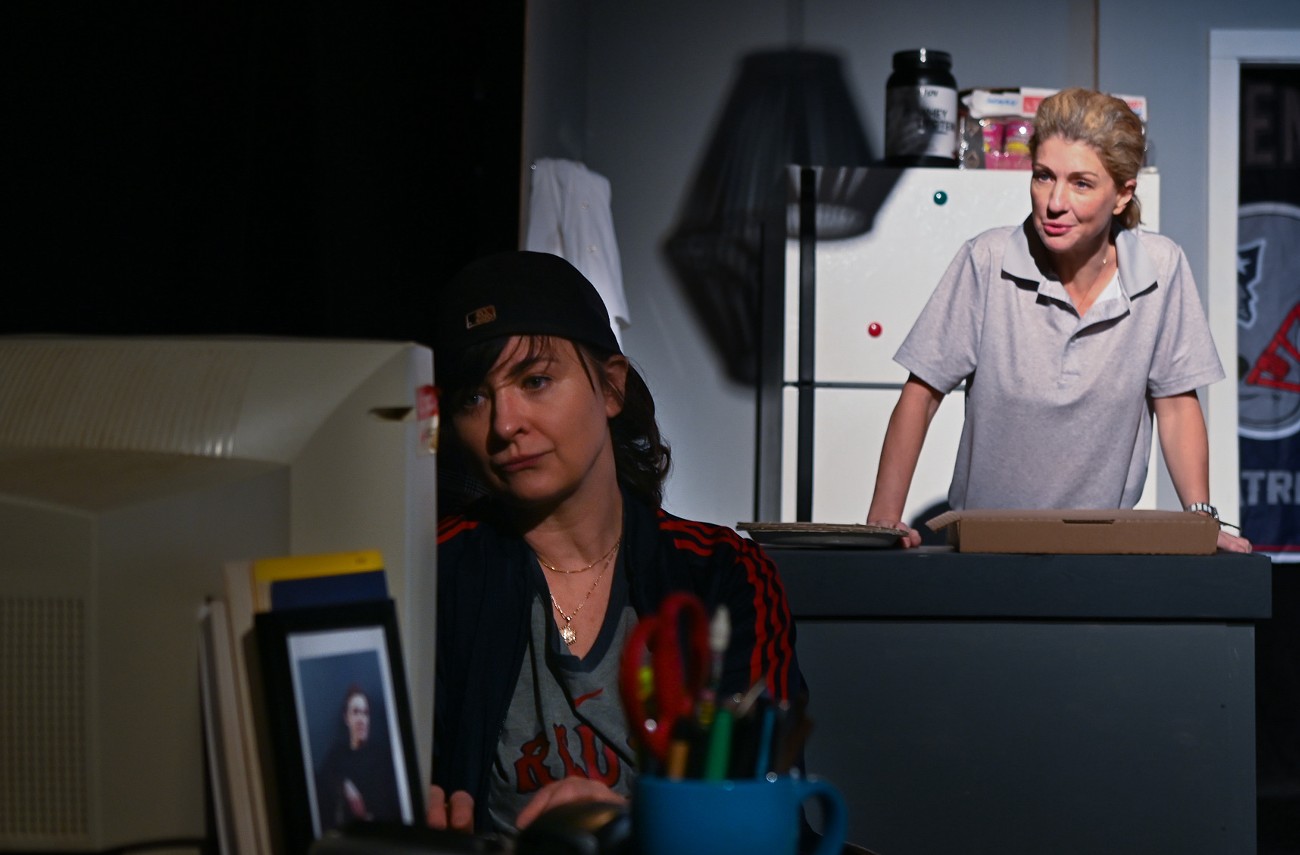 21ten Theatre's production of Matt & Ben is an easy sell. It's a play written by comedians Mindy Kaling and Brenda Withers (circa 2004) about Matt Damon and Ben Affleck. Unfolding a fictitious account of how the two Hollywood via Boston best-buds co-wrote their 1997 hit Good Will Hunting, the screenplay to Matt & Ben conveyed a similar charm to Kaling. It is largely considered her big break into TV comedy.

So it seems fortuitous and appropriate that Matt & Ben should be the first produced play under 21ten Theatre's new ownership.

"There have been isolated rentals, one-weekend shows," the theater's co-owner Brooke Totman told the Mercury. "But this is the time to start paying attention."

Fans of risky, small theater likely remember the Shoebox fondly. When Totman and another local actor  Ted Rooney heard the previous tenants, Theatre Vertigo, had to give up their lease—a casualty of the coronavirus pandemic—Totman says they jumped at the chance to take it over.

That was in May 2021 and the 21ten team has been quietly renovating the space since. On Matt & Ben's opening weekend, the small 46-seat theater was packed. Despite updating the sound proofing and adding another stadium seating riser, changes aren't too noticeable to a casual eye. What will be a real game changer is the second bathroom, currently still under construction. Anyone who stood in a former post-show Shoebox restroom line will agree.

Matt & Ben was written to be played by women. It's a funny little 70-minute show that has almost no basis in reality—you can tell this from the drop. Totman and her co-star / co-producer Genevieve Sage play Matt and Ben respectively without fake facial hair or wigs, and much of the masculine "whoa!" moments are played for laughs.

""I get to manspread!" Sage exclaimed during our interview.

During the first ten minutes, I wasn't sure I would like the play, but as we went, Matt & Ben began to pull me in. There's a depth there that—much like the Sage's Ben character—just needs to shake some energy out before it gets down to work.

"It's really not a 'let's make fun of these two guys' situation," the play's director Darius Pierce said. "As pat as it sounds, it's a story of friendship. It's an entirely fictitious story based on a friendship that we all feel like we know—and the idea of that friendship coming up against ambition."

In Totman and Sage's capable hands, the piece zipped past with plenty of pop. Totman especially carried something in her facial expressions that conveyed a Damon-like energy. Afterward, while I didn't come away with a new appreciation for friendship, I did have a curiously strong desire to watch Good Will Hunting again.

Speaking of life-long friendship, it's worth mentioning that Damon and Affleck are in and out of Portland at the moment. Affleck is directing a movie where Damon plays Nike-founder Phil Knight. Despite Totman's attempts at manifesting them in the audience, they have yet to be sighted.