THE WEATHER has turned. We're approaching the season of heavy jackets and long johns; we don gloves for our morning commute. We, save a few intrepid smokers, have abandoned our favorite patios in favor of restaurants with fireplaces, or wood stoves, or hearty soups. We're drawn toward cozy.

2nd Story may not have a crackling fire, but the space above Cellar Door Coffee seems perfect to settle into on one of those cold, rainy nights we'll have in spades. You can belly up at the bar custom-made from 18th-century hutch, grab one of the two- or four-tops in the main room, or pack into the smaller alcove surrounded by wraparound booth seating.

While a few of the items on 2nd Story's small-plates menu work pretty well as full entrees, the place is better suited for a light meal, snack, or dessert to go along with a cocktail or a glass of wine.

Chef Erin McBride, formerly of Higgins, is allowing the menu to fluctuate based on what's fresh and available locally, but there are some patterns. There always seems to be some kind of sandwich (which the menu calls, simply, "sandwich"). On the first menu I saw, it was made with braised pork cheeks and peach-onion chutney; on my most recent visits it was a classed-up tuna fish. Both were $9. There's some variation of baked pasta, a few salads, and some bar snacks (pickled vegetables, marinated olives, bread and butter).

I particularly enjoyed the quinoa ($7), which came out in a portion about four times bigger than I expected. It was loaded with roasted corn and Walla Walla onions, and tasted tremendously fresh. In terms of protein, I recommend the tomatillo pork over polenta with sliced pistachios ($10), but also good is the flank steak served over a bread pudding made of caramelized shallots and kale, with roasted carrots and herb butter ($13). The steak itself didn't blow my mind, but combined with the rich and complex bread pudding, it still managed to be an impressive dish.

Barkeep Brandy Graves' drinks are excellent. The highlight, to my surprise, was the Garden Lemonade (I still associate "lemonades" with the blackout specials that college bars like to sell in pint glasses to underage girls). This one is made with vodka, lemon, cava, thyme, and their own housemade elderflower liqueur. If you want to dial the citrus back just a little bit, try the Twice Smitten, made with New Deal No. 3 gin, Aperol, lemon, and mint. The Aperol adds a little bit of bitterness to the drink that cuts the lemon nicely. The bottle selection is nicely curated, with a good number of 2nd Story's neighbors on Distillery Row represented.

The wine list is made mostly of good budget wines (think J. Christopher's Zoot Allures label). Most bottles are in the upper $20s/low $30s, and glasses hover around $7 or $8. Beer drinkers, at least when I've been in, can choose from Double Mountain, Boneyard, or Duchesse de Bourgogne on tap.

Maybe the most compelling reason to visit 2nd Story is dessert—it's a pretty solid date spot for such a thing. With Higgins' pastry chef credentials to her name, its not surprising that McBride excels in this area. The apple streusel tart ($6) is immaculate, but the caramel pudding ($6) is not to be missed. It's rich and creamy, and my only complaint is that the shape of the jar made it too difficult to lick the bottom. As that was the only thing stopping me, it's probably for the best.

Wine Before Beer?—Ever have that dilemma wherein you can't decide whether you'd rather drink beer or wine with your meal? Spints Alehouse doesn't think you should have to choose. Chef Alyssa Gregg is cooking up a four-course meal with both beer and wine pairings. Heater Allen's Rick Allen and German wine importer Ewald Moseler will be on hand. Spints Alehouse, 401 NE 28th, Sun Nov 6, 7 pm, $65 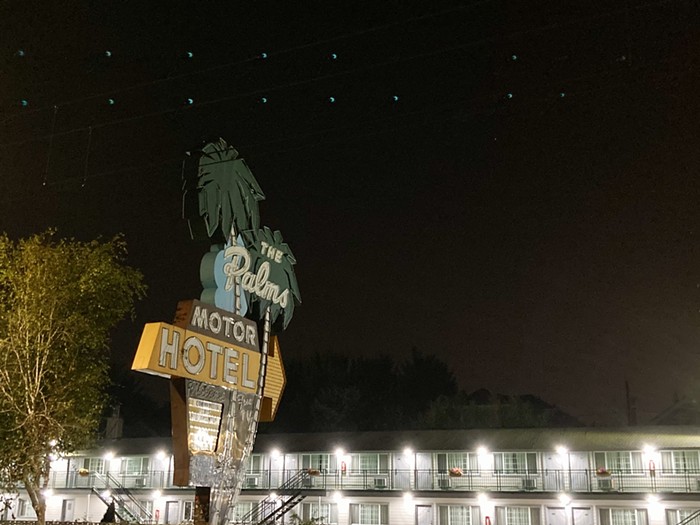