The House That Hype Built

Is Renata Worth All the Fuss?

Here's the deal with Renata, in case you've been living under a Himalayan pink salt rock: On June 17, at the ripe old age of two weeks, The Oregonian named this Pacific-Northwest-ingredients-meets-high-end-Italian hotspot its 2015 Restaurant of the Year.

For this baby restaurant to get the nod sent shockwaves through the food community—anonymous chefs griped about politics while local food writers were positively apoplectic. To name it the best new outing of the year, after a short soft opening and two weeks of actual service, was... well, too soon.

However, I also think The O's critic, Michael Russell, had few choices in what has been a dismal year for high-end ambitious openings (although he could have easily picked Doug Adams' turn as exec chef at Imperial, or the new NW 21st location for St. Jack).

The hullaballoo puts me, a fellow critic, in a tough place—it's now impossible to review this Inner Eastside venture on its own merits. When the biggest print game in town swoops in and names Renata the "it" spot, proprietors Sandra and Nick Arnerich and chef Matthew Sigler have more than a lot to live up to—especially taking into account their backgrounds at Northern California icons The French Laundry (the Arneriches) and Flour + Water (Sigler), and the expansive remodel of a former creamery. In short, Renata is marked.

I visited once on June 16, the night before Renata earned its title, and again on August 6, to see how things were settling for Portland's new darling. It's clear that Renata is still evolving and tweaking menu flaws—as it should, because even today it's just over three months old.

In June, the atmosphere in the huge 58-seat dining room, with bar and patio to boot, was electric with anticipation. The space is sprinkled with bright floral arrangements, divided by a wending communal table (that manages to make the most of acoustics), and enough roominess to keep your party from feeling wedged—a sensation to which Portland eaters are too often subjected. Turn your back, if possible, to the massive red neon sign reading "Mi Piace" or "I like it" in Italian over the open kitchen, lest you wish to be reminded of McDonald's signs from the '90s. Big plate-glass windows open onto a well-appointed patio and some sort of Warhol-esque art is over the bar. This is Los Angeles-level build out, down to the two BMWs, two Mercedes, and an Audi SUV in the restaurant's own dedicated parking lot out front.

The affable but unobtrusive service began with a choice of still or sparkling water out of a glass bottle with the restaurant's name etched into the side. Drinks are inventive, with flavors straying toward the floral and berries—the Libertino ($11) with tequila, Campari, Starvation Alley Cranberry, lime, and soda was a refreshing start to our meal. You'll also want to split a bottle of wine from the sizeable list—this is Italian food, dammit, and it demands grape-based libation.

Liverwurst crostini ($9) with pickled cherries and balsamic onions and a cured king salmon salad ($14) provided a great first impression—particularly the perfectly preserved salmon, which got a heat boost from horseradish crème fraiche, earthiness from beets, a sweet/tart hit from tayberries, and crunch from pistachios. It was also the most beautifully composed plate I've seen in months.

The pastas are the real deal, contrasting texture, flavor, and visual appeal with aplomb. An agnolotti dumpling ($19) was made with cocoa, the dough tinged a rich brown with lamb and porcinis inside. The squid ink cavatelli ($18) sprinkles tuna, pork sausage, clams, and Calabrian chilies over short, perfectly chewy jet-black noodles. The Isabella Scarpinocc ($18) was a delightful meeting of chanterelle mushrooms and pine nuts; however, Renata encourages guests to share, which meant our table of three got just two mouthfuls each of this sparse plate.

This is a major consideration while dining at Renata: Plan for at least two, if not more, dishes per person... if you want to walk away satisfied. In August, a seven-plate tour sent two female diners away sated, while our token dude, former Merc critic Chris Onstad, was still hungry. This, as you can see from the menu prices—yes, gluten fans, that bread basket is $10—adds up.

Veer toward the grill and away from the wood-fired oven. A mixed grill of lamb ($28) was the most generously appointed plate of any visit, with belly, loin, and chop served to perfect tender rareness and piled high with heirloom tomatoes, a ceci bean puree, and a breadcrumb salsa verde. The pizzas are kind of a mess—a Pomodoro pie ($17) arrived barely speckled on the bottom, yet with two giant bubbles burnt in the crust on top. The pizzas drag the rest of the menu down, and should be replaced altogether (the recent addition of dishes from the wood-fired oven that aren't pizza suggests they may be phased out).

I like Renata. But I'm not sure I've been adequately convinced that, especially at three months old, it is any different or more noteworthy than Ava Gene's (Portland Monthly's 2013 Restaurant of the Year) or even Nostrana (named Restaurant of the Year by the O in 2006). Both also tout farm-to-table Italian, and both do it just as well. These restaurants are consistently packed, so that's not to say there isn't more room at the table for this kind of fare—yet if pressed, I'd recommend the latter two establishments... not Renata. However, it's still growing up, and unlike some haters, I think it will stand the test of time. Renata is worth a trip—especially if you care about the larger conversation. 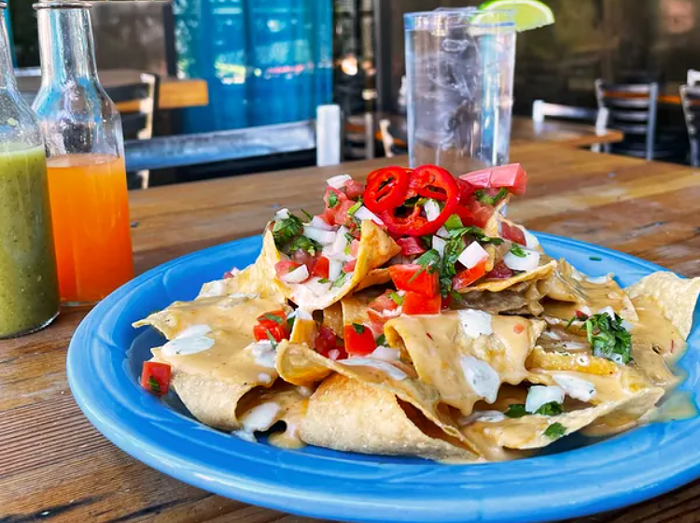