As you may have heard, this stark poster for the new season of Mad Men has been getting a lot of play all around NYC...


...which is of course providing a practically blank canvas for all sorts of hilarious graffiti and random vandalization. HOWEVER! What follows after the jump has been called the "best subway graffiti tag ever" and I tend to agree. HIT THE JUMP AND JUDGE FOR YOURSELF! 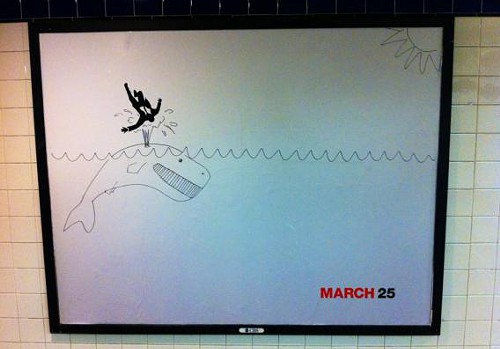