What Does "Run" Mean? The Answer Could Dictate Whether Loretta Smith Keeps Her Job 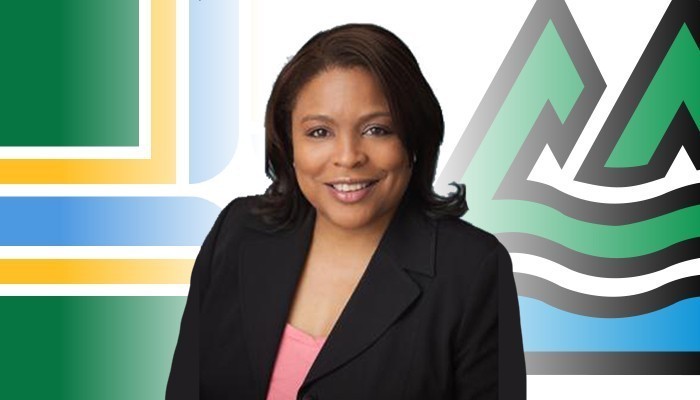 In order to "run" for office, does a political candidate first have to file their candidacy?

That's a central question in the lawsuit seeking to force Multnomah County Commissioner Loretta Smith to resign from her post—and she's hoping a judge will answer "yes."

In a motion [PDF] filed in Multnomah County Circuit Court today, Smith is seeking to fend off a lawsuit from election activist Seth Woolley, and keep her seat on the Multnomah County Board of Commissioners in the process.

For months, Woolley has hounded the commissioner over her efforts to get a campaign for Portland City Council off the ground last year. Those efforts included building a website, hiring campaign staff, and soliciting donations for a run at the council seat being vacated by Commissioner Dan Saltzman. They don't include actually filing to run for the seat, which Smith didn't do until earlier this year. That's where the conflict comes in.

Multnomah County's charter says that "no elected Multnomah County official may run for another elective office in mid-term without resigning first." Mid-term, under county rules, applies to the first three years of a four-year commission term.

As we've reported, Woolley says that by building the scaffolding of a campaign last year, Smith was "running," and therefore should resign. (The Secretary of State's Office, responding to a complaint from Woolley, has already found Smith's activities were enough to force her to amend her political action committee's filing to indicate a run for City Hall.)

The motion Smith's attorneys filed today gives more insight into why she believes that shouldn't be the case.

As she has in public statements, Smith relies in part on the fact that the county attorney, Jenny Madkour, advised Smith that only filing for office prior to the last year of her term (this year), would require her to resign.

"Aside from ‘filing’, the charter and the code do not [specify] other actions that would ‘be the same as a resignation’," Madkour wrote in a November 2017 email to Smith, according to the court filing. "Because filing for another office in the last year of an elective term shall not constitute resignation, you can file on, or after, January 1, 2018, without resigning your D2 seat." Madkour said she gave the same advice to former county Commissioner Jules Bailey, who began a run at mayor while he was still in office and also began campaign activity prior to his final year in office.

But Smith goes further than that. Though the language of the charter only says "running" causes an office holder to resign, Smith believes that the understanding, when voters passed that language in 1982, was that "run" actually meant filing for office.

She cites a voters pamphlet explanatory statement that read "a county elective officer who files as a candidate for a different office will be considered to have automatically resigned..."

"To interpret it as [Woolley] suggests here—that an elected official must resign at some point when campaign activities reach an undetermined threshold of 'running'— would turn a concrete filing requirement into something vague and difficult to apply," the motion reads.

Smith is also trying to foil Woolley's suit by saying he hasn't properly made his case, and needs to take a different tack—either by going through county government or filing a different type of lawsuit. The writ of mandamus Woolley is seeking "is an extraordinary remedy," Smith's motion says.

Obviously Woolley disagrees with all this. In a motion of his own [PDF], filed yesterday, he's asked a judge to rule in his favor.

"The Multnomah County Charter requirement to resign isnt limited to when a candidate makes a 'filing' pertaining to another office," Woolley writes in his motion. "Just 'run'ning for another office triggers the resignation requirement."

He further argues that Smith clearly met the definition of "candidate" under state law last year, because her name was " expected to be or has been presented, with the individuals consent, for nomination or election to public office," and she'd accepted donations for a city council campaign.

It's unclear when a judge will rule on either motion. The case is currently before Multnomah County Presiding Judge Stephen Bushong, but he told both parties in a phone conference today he'd be assigning the matter to someone else, according to Woolley.

Smith is one of five candidates running to replace Saltzman, in what looks to be the highest-profile local race of the May primaries. The other candidates running are NAACP leader and former state representative Jo Ann Hardesty, mayoral aide and David Douglas School Board member Andrea Valderrama, Downtown Neighborhood Association President Felicia Williams, and architect Stuart Emmons.