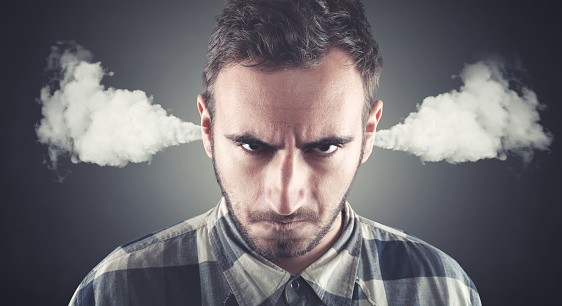 Yet another victim of "outrage culture." ALLVISIONN / iStock / Getty Images Plus
Nancy Rommelmann is either someone who can't help shooting herself (and her husband's business) in the foot—or is purposefully doing so.

The wife of Ristretto Roasters owner Din Johnson, Rommelmann has attracted a lot of attention for her YouTube series #MeNeither (which is also a podcast) that casts doubt on the experiences of sexual assault victims. After Ristretto employees publicly called Rommelmann out for the series, adding that her involvement with the coffee company made workers feel unsafe, Rommelmann, who originally tried to sell the notion that she wasn't involved with Ristretto, suddenly had access to the company's Twitter account and used the platform to lambaste a former employee who had spoken out against her.

Because of Rommelmann's actions, Ristretto has taken a serious hit. They've lost employees, vendors, a Northwest location suddenly shuttered (Rommelmann says their lease ran out, the building's owner seems to be indicating otherwise), and according to the Oregonian, the coffee roaster is now soliciting donations for their for-profit company on their website.

At this point, most people—if they were truly concerned about saving their family business—would attempt to make some sort of amends, or at the very least, keep their heads down until the scandal blew over. Instead, Rommelmann tripled down and wrote an outraged op-ed for the Los Angeles Times about "outrage culture" in which she blames everyone in the world (except herself, of course) for her troubles.

In the op-ed, which was given the panic-stricken title "Outrage Culture Is Out of Control," Rommelmann offers up a rather one-sided explanation of how she put herself in her current predicament, and then says:

This is the current pitch of outrage culture, where voicing an opinion someone says she sees as a threat qualifies you for instant annihilation, no questions asked. Why ask questions, when it’s more expedient, maybe more kickass, to turn anything you might disagree with into an emergency?

Being in a constant state of emergency — a condition in which people notoriously make terrible decisions — is like having a fire raging inside the body, one that needs to be fed. It needs new fuel, and so we seek new enemies.
Meanwhile some of us are watching from the sidelines, trying to stay out of the way, hoping not to be next. (Good luck with that.)

Poor Nancy Rommelmann, guys! Innocently standing on the sidelines (spewing thoughtless bile about people who actually know something about suffering) and then getting viciously pummeled by those daring to have a different opinion. But I'm not here to explain why Rommelmann's intellectually dishonest opinions hurt people—the city has responded, and the dire straits of Ristretto are testament to that. And I'm also not here to argue that Rommelmann appears to be willfully destroying her husband's business with her fame-seeking actions—they can work that out in therapy. (As Rommelmann says, "Good luck with that.")

My beef is not with Rommelmann's "outrage culture." It's with "Wah-Wah, Why Are You Being Mean to My Shitty Opinions?" culture.

What Rommelmann doesn't seem to comprehend is that—and let's say it loud for the back section—no one is trying to stop her from having shitty opinions. (I have a few shitty opinions myself, including that the Beatles are highly overrated and we should stop playing their songs for 100 years.)

At the risk of "newspaperman-splaining," I have been issuing shitty opinions and getting raked over the coals for over 25 years. Are my feelings hurt when people disagree with me? Yep! Do I think I deserve their vitriol? Nope! (At least most of the time.) But rarely, if ever, do I cry like a baby and lash out at the people who criticize me. Why? Because it's not fucking fair. I'm wildly fortunate to have a forum in which I can express shitty opinions, so I refuse to abuse it by denying my readers a chance to respond. I'm free to say what I want, they're free to respond, I accept their response (without necessarily agreeing), and we all move on with our lives.

In short: If your opinions are shitty, don't blame the people who call you out. Sorry, but there's no such thing as an "outrage culture"—but there certainly is an "entitled, thin-skinned, cry-baby culture" especially among those who create their own problems, actively try to make the world a shittier place, and then expect people to shut up and quietly ignore them.

Thanks to the internet and social media, we've all got a voice now. Please join me in using yours responsibly—and if you can't do that, at least be brave enough to own your shit.