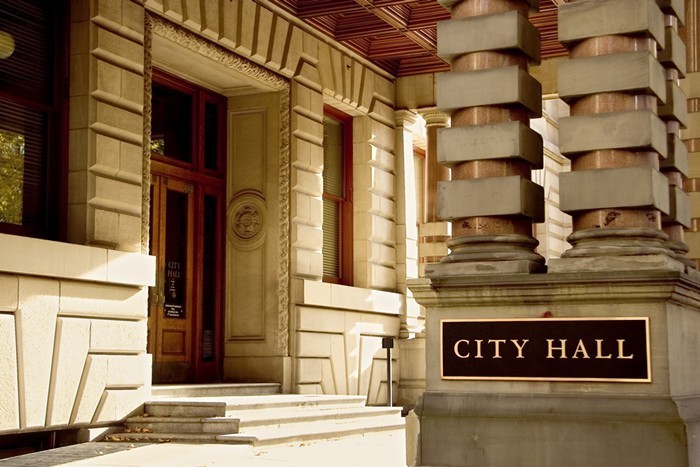 The poll, commissioned by the racial justice nonprofit Building Power for Communities of Color and conducted by the Oakland-based firm FM3 Research, surveyed nearly 622 likely Portland voters on a range of questions regarding the state of the city and a range of potential reforms being considered by the Portland Charter Commission.

The commission, a group of 20 convened last year to recommend changes to the city’s charter, heard a presentation on the polling data Thursday night.

But changing the city’s anachronistic form of government and election systems could potentially change the political landscape quickly.

Portland is the only major city in the United States to still use a commission style of government, in which four city commissioners and a mayor are elected in citywide elections to run city bureaus as well as function as the city’s legislative body.

The poll found that 80 percent of respondents feel that the commission system is not serving the city well, with 56 percent responding that the system is serving Portland “not well at all.”

Respondents similarly support a potential move to a council-manager form of government, in which the council would elect a city manager responsible for running city bureaus, by a similar margin.

There was even more uniform support for other changes that the charter commission has been mulling, including expanding the size of the council, electing council members from specific geographic districts, and electing multiple members from each district.

More than 70 percent of voters favor moving to a ranked choice voting system in which voters can rank candidates in order of preference instead of voting for just one candidate, a system currently in use in cities like San Francisco, New York, and Minneapolis.

A significant majority of voters also support electing multiple members from each geographic district — a less commonly used system, but one that proponents feel could further remove barriers to electoral success for historically marginalized communities.

All of these potential changes are meant to make the city’s government more representative of and responsive to voters and interest groups who have not historically been able to exercise power in more expensive citywide elections that tend to cater to the city’s median voter.

Cities that have recently adopted city council districts, like Seattle and Austin, have elected more diverse councils, both in terms of identity and ideology.

A shift to district representation could also comport with the principles that Portlanders say they value in the reform process. More than 85 percent of survey respondents said that accountability, transparency, and responsiveness are “very important” values for the city government, with efficiency and representativeness also valued highly.

Reform advocates say that accountability and responsiveness in particular would be increased in a system in which city council members are answerable to specific neighborhoods rather than the whole city.

It remains to be seen whether this level of support for changes to the city’s government and elections will hold when opponents of reform begin to make their case in the buildup to a potential set of referendums on the November ballot.

Self-identified moderate and conservative voters and voters on the west side of Portland expressed the most opposition to reform proposals in the FM3 poll.

Historically, Portlanders have been loath to move away from the commission system of government — rejecting numerous attempts to ditch the system. The most recent attempt came in 2007, when 76 percent of voters opted to keep the current system.

But there is reason to believe that this year might be different. Not only do the mayor and all current members of the city council support reform, but the level of dissatisfaction with the direction of the city and the current system highlighted by these poll numbers suggests that Portland voters might finally be ready for change.

The charter commission is currently taking public comment. It anticipates releasing its proposed amendments in June.