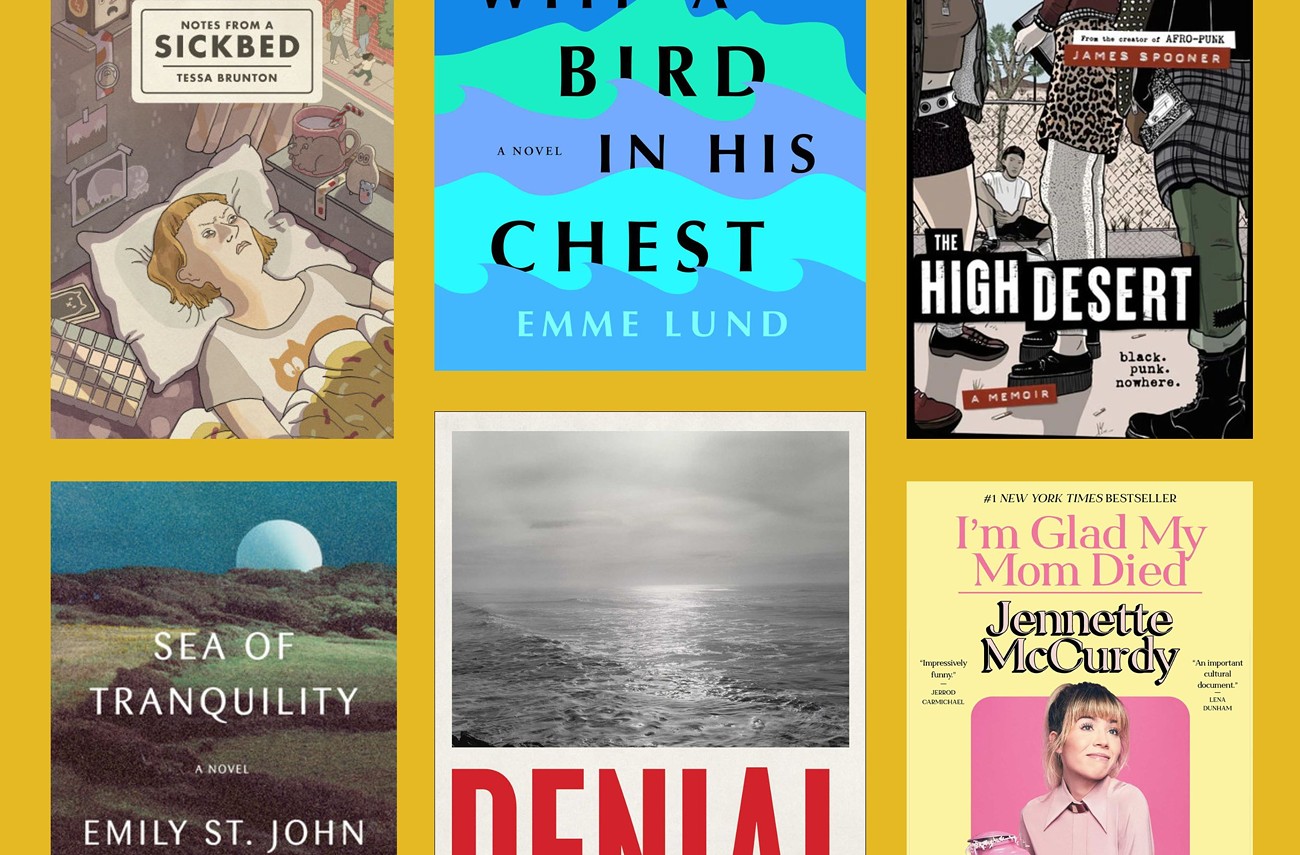 If you, like many literature-lovers, are looking to get started on your 2023 reading stats (looking at you, moms who chowed down 150 novels in 2022) here are some suggestions from our crew of book-loving writers. This list is not exhaustive, but these were our favorite books of 2022.

The Boy With a Bird in His Chest, Emme Lund

What’s better than queer subtext? Queer overt text. And best of all? A book that has both queer subtext via magical realism, and actual queer characters and plot. Portland’s own Emme Lund achieves this all in The Boy With a Bird in His Chest, a lovely, fecund coming-of-age novel set in the dewy, punk Pacific Northwest. This book also introduces us to the Army of Acronyms: a network of doctors, cops, bureaucrats, and academics hellbent on capturing and suppressing people like Owen, the titular boy with a bird in his chest. In our strange new age of LGBTQ+ folks being pathologized and criminalized with an internet-fueled fervor, the naming of such an army is a delightful "fuck you" to the fake intellectuals who join in the witch hunt. BLAIR STENVICK

Does the daily dump of terrible climate news, global pandemics, and crumbling democracies leave you feeling powerless and insignificant, like a passive spectator? Sometimes I just want a simple confirmation that what we’re seeing is really happening—not a sensationalized bummerfest or an uplifting affirmation, something more reality-adjacent. Jon Raymond’s Denial delivers a tale of climate apocalypse sans drama. The stakeout of a fugitive climate criminal unfolds like an obligatory dinner at a relative’s house, a torrential street flooding operates merely as a backdrop to ponder a pretty-good date, a character tries on glasses frames with the help of augmented-reality technology (and ultimately selects the same pair as always). Denial is shaped by an insistent ordinary-ness. It alludes to global crises that would be main events in other books, but Denial's characters remain calm and subdued, even in the face of certain death. The narrative arc lands with a shrug and a sigh. While I wouldn’t call it comforting, Denial feels like an opportunity to think about the complicated and distressing world in a way that doesn't assault the reader with re-heated takes and splashy disasters—instead letting the hyperobject of climate change simmer ominously, just below the surface. MARTHA DAGHLIAN

Notes From a Sickbed, Tessa Brunton

It feels like such a paradox that cartoonist Tessa Brunton finds herself living with the chronic condition of myalgic encephalomyelitis, commonly called chronic fatigue syndrome. One look at any of Brunton's richly illustrated page spreads broadcasts her unsinkable desire to make laborious works of art. Fans of her 2011 coming-of-age memoir comic Passage may recall her breathtaking cutaway layouts and detailed attention to era-appropriate band t-shirts. In Notes from a Sickbed, Brunton designs a four-page centerfold of her dream house: a lighthouse with film screenings on the roof, a spa in the basement, a tree growing through the center, a water slide for someone in a bed, and cats offering hot chocolate throughout. However, she also draws the same angle of a living room six times, shifting details like cats, snacks, and stray laundry to convey what it's like when she's bedridden for long stretches. Sickbed attempts to explain a time in Brunton's life, before she was diagnosed, when she continuously brainstormed ways to keep doing what she loves. In the book, she estimates each page of comics takes her two weeks to finish. With 150 pages present, we can guess Sickbed took her five years to draw. Although the subject matter sounds dire, Sickbed is a dense, creative read—brimming with Brunton's unruly, imaginative chaos. The forward seems to suggest things have improved with diagnosis—if perhaps not health-wise, at least morale-wise. Pro tip: We suggest reading this one digitally. Brunton's world is so finely rendered that the ability to zoom reaps rewards. SUZETTE SMITH

In her shockingly-titled memoir, actress and writer Jeanette McCurdy recounts her mother's suffocating abuse, her experiences with unchecked Hollywood industry toxicity, and the methods of survival that saw her through both dire climates—which comprised the backdrop of her childhood. Hoarding is not McCurdy’s primary focus, and not all hoarders are the same, but her mother's disorder underlies a many obsessive, controlling, and unhinged outbursts the author describes. McCurdy rose to fame as the teen star of Nickelodeon sitcom iCarly, and she recounts the detachments of Nickelodeon’s work culture with a voice that does not ask for or expect sympathy. The arrangement of her truth is so far from many lived experiences that it might astonish some readers, but McCurdy writes with the gentle directness of a healing adult who is now connected to her wise inner child. The book is an act of bravery. ANDREW JANKOWSKI

A lot of great music and culture memoirs put you in the middle of the action, at the opportune time and place for the birth or peak of a scene. What’s so charming and edifying about James Spooner's graphic novel The High Desert is that Spooner wasn’t at the right place at the right time to experience the punk scene of the '90s in his youth—he was in a little nothing town, enveloped by the vast nothingness of California’s inland desert. To make matters harder for him, he was a Black kid in a very white town, and half the punks he knew were of the Nazi skinhead variety. I don’t know much about punk music or what it’s like to be a Black face in a white space, but I learned a lot reading The High Desert. Spooner’s moody meditation on living at the edge of a culture and making it your own should be a fun read for anyone who remembers what it was like to be a teenager. BS

The sixth novel from Emily St. John Mandel, Sea of Tranquility is a standout—both in regards to her work as well as sci-fi literature. It takes on the foundations of narrative itself with grit and grace, building a time travel tale that covers centuries of interlocking vignettes. The science fiction elements come second to the visceral sadness of finding ourselves on the precipice of the end of the world. Yes, this is another (at least, partly) pandemic story about the stories we tell ourselves à la Mandel’s Station Eleven. However, while that novel is a wondrous one that gave rise to a spectacular television adaptation (that also came out this year), Sea of Tranquility is a more profound. It's a painful and poetic encapsulation of what it is to be alive in tumultuous times. CHASE HUTCHINSON

Tags: Books Culture
If you enjoy articles like this, please help the Mercury continue our mission of providing up-to-the-minute information, progressive journalism, and fun things to do in Portland by making a small recurring monthly contribution. Never forget: Your help is essential and very much appreciated!
CONTRIBUTE NOW