Someone Is Testing Negative Messages Aimed at Jefferson Smith 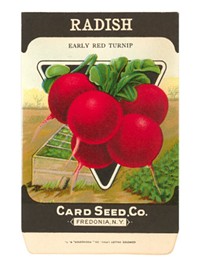 7
If there's one thing I hate more than people comparing things to Portlandia, it's people who get the vapors over the possibility of a campaign testing negative messages about their opponents. But seriously, this "oh my goooooodness, this politics is getting downright political" nonsense is like a Portlandia sketch.

Any campaign that DIDN'T test negative messages about Smith should be run out of the state for committing malpractice. And if Smith is serious that he's not doing any polling, a Smith mayorship would be a complete debacle.
Zed on September 19, 2012 at 9:15 PM Report this
8
I received exactly the described call - the "pollster" clearly stated it was only an opinion poll, and it started out as such. But about halfway through he began making very positive statements about Hales and asking if I was convinced by them, and then making very negative statements about Smith and asking how I felt about them. There was no balance and the intention was crystal clear. I too was undecided and in fact leaning towards Hales. This tactic really bothers me though (I recall Bush using it against McCain back in 2000). If Hales doesn't speak out against it and explicitly make it stop I'll definitely vote for Smith.
portland person on September 19, 2012 at 9:19 PM Report this

9
You mentally deficient baboon! Internal polls aren't required to be balanced! Their entire purpose is to test the strength of messages! They're not the League of Goddamn Women Voters obligated to give you both sides! The polls are used by campaigns to determine what messages work, good and bad.

For all you know, it's an independent effort by Smith supporters trying to gauge how bad his negatives are (and whether they need to dump IE money into the race to combat it).
Zed on September 19, 2012 at 9:40 PM Report this

10
And for the record I think both candidates are absolutely, bottom-of-the-barrel terrible.
Zed on September 19, 2012 at 9:41 PM Report this
11
I did not realize that Karl Rove tactics were now being used in the Portland mayor's race. Isn't Portland tired of that kind of crap? "Just say NO to push polls!" and ask the candidates who are running them (or tacitly allowing them) to end them.
on September 19, 2012 at 10:28 PM Report this
12
This isn't a poll. There's no intention to collect info and use it for strategy. It is designed to simply spread attacks about one's opponent. And Hales isn't doing it; they're just allowing it to happen from their friends. I don't know how long Zed has lived here--maybe forever--but that's not Portland politics. We don't do it that way.
torridjoe on September 19, 2012 at 11:51 PM Report this
13
A very similar pro-Hales, anti-Eileen poll went out in the primary. Turns out Weiner (then not associated with the Hales campaign) was testing anti-Brady messaging on behalf of his client SEIU (and, it seems, his future client for good measure). When it became clear that Eileen was tanking, they decided not to do an ad.

Now, here's what I don't get: whoever goes negative first in this campaign is screwed. Liberals like us don't like it. So why do it? Jeff is too earnest to go negative (much to some folks consternation).

14
If it was a push poll, Denis would have had a dozen people or more tell him they got the call, not one lonely person. In order for a push poll to work, you have to call many, many more people than you would in an actual poll. Like tens of thousands, not just a few hundred.
Zed on September 20, 2012 at 7:27 AM Report this
15
Greetings, Jefferson Smith flacks!

Push polling seems odd considering no one under the age of 35 has a landline. You're much better off having your campaign post positive comments about your canidate in blog comments...
Chuck Garabedian on September 20, 2012 at 8:23 AM Report this
16
I wish the Jefferson Smith groupies would realize that their comments on EVERY. SINGLE. ARTICLE. about the mayoral election make me increasingly less likely to vote for him. Sorry, but I'm not into the cult-of-personality thing when it comes to poilticians, and it makes me extremely concerned that Smith just surrounds himself with sycophants. Does he have anyone around him who challenges his views or holds him accountable? I think the answer is increasingly obvious.
Strunk & White on September 20, 2012 at 11:14 AM Report this
17
Strunk, that's the stupidest fucking comment pretending to be smart that I've read on Blogtown in ages. The Merc puts out a story trying to hold someone accountable for negative campaigning and you twist it around to people not holding the other side accountable?
Paul Cone on September 20, 2012 at 1:21 PM Report this

18
Some people just need a good punch in the dick.
Crowsby on September 20, 2012 at 1:23 PM Report this
19
@Paul Cone: It's the media's job to do adversarial journalism and hold candidates accountable. I applaud the Mercury for this story, though I would argue that one unnamed source (and no tape/recording to verify that source's account) seems a bit thin for a story that potentially has big implications.

Maybe I didn't make it clear in my earlier comment, but I wasn't talking about this article in particular. I was talking about the Jefferson Smith/Bus Project groupies who comment on every article that mentions Smith or Hales on every imaginable media outlet in Portland. This has been going on for months - everyone knows what I'm referring to.

To me, it's becoming increasingly obvious that Jefferson Smith has a healthy narcissistic streak, and it's very concerning to me that seems to be interested in surrounding himself with people who love everything about him and hang on his every word and go out and comment/Facebook/Tweet the glories of all things Jefferson.

I don't drink the Kool Aid for anyone or anything, and I cast a suspicious eye at anyone who people do drink the Kool Aid for. Believe me, Smith's groupies aren't doing their candidate any favors with their feverish commenting and Jefferson fauning.
Strunk & White on September 20, 2012 at 5:13 PM Report this
20
@Strunk, unfortunately, the way journalism sometimes works is, you put something out there, even if it's unsubstantiated, and say, someone told us this, help us confirm if it's true (or not). Especially if this is true, it's such a sneaky thing, very unlike reporting on a public forum, that how else would they know? (And seriously, who has a tape recorder by their phone? Not me and I'm the biggest geek I know.) And indeed, if you read the comments, you'll see that someone else did get a call, too, and someone else mentioned similar calls in the primary. Community journalism at its finest is bearing fruit. We should applaud that (and encourage the Mercury when they're right, and call them out when they're wrong). Or do you want to rely on the Oregonian and the Willamette Week to get these stories out there? Been to the OregonLive.com comments lately?

As for who he's "surrounding himself with" -- I don't think Jefferson is interested in surrounding himself with anyone but people who believe in his ideas and his campaign. Charlie has like people working for him. Perhaps they're just not as smart in social media, so you don't see them as much. Jefferson's also got more people knocking on doors, and more individual donors. For you to suggest they're all a bunch of Kool-Aid drinkers is disingenuous.
Paul Cone on September 20, 2012 at 5:25 PM Report this
21
It may be that Hales has retained the infamous Market Strategies Inc., which famously uses this technique of blatant bias-inducing advertising thinly disguised as polling and market research.
on September 20, 2012 at 7:43 PM Report this
22
Ironically, I worked for Market Strategies years ago (like early 90's), but it was just for a short time and I did early morning calls to the East Coast for business surveys, and never did any polling work of any type. Now that you've brought it up, I'm curious now to hear what they do in the political realm.
Paul Cone on September 20, 2012 at 7:47 PM Report this
23
@Paul Cone: Well, obviously a campaign/political staff will comprise of people who support the candidate. I don't have a problem with that.

I think the issue here is that - after watching how this campaign has taken shape since last year - it's obvious now that Jefferson has thin skin and a big ego. To me, it seems like he is sending out his groupies to lavish praise on him in all the comment sections because he 1) can't handle criticism well and 2) loves seeing nice things about himself.

That's a big old narcissistic red flag to me.

I mean, there are lots of people that support Charlie Hales just as much as others support Jefferson Smith, and you don't see Hales groupies defending him to the death in every media outlet in town. I can't imagine the marching orders for the commenting brigade aren't ultimately coming from Jefferson.
Strunk & White on September 21, 2012 at 9:34 AM Report this
24
Maybe people just like what Smith stands for and proposes to accomplish, and want to spread the word. Word of mouth from friends is THE most effective way to influence an election. It's standard community politics of effective campaigns, not some subversive cult. Social media is the new best way to achieve it, and Smith's team uses it actively. Nefarious allegations are just that, and a distraction from the issues of the race.
torridjoe on September 21, 2012 at 11:16 AM Report this
25
@Strunk: I find it odd that Smith supporters are "groupies" and Hales supporers have made smart, reasoned decisions. I only recently came around to Smith - for exactly the reasons that Strunk claims he lacks:

1) I've seen him accept criticism and take responsibility for his mistakes/faults *without* extensive prodding from the press.
2) I've seen him actively engage with people who disagree with him in a respectful manner.
3) I've seen him dork out on things that include more people in the process of governing - that aren't about him.
4) I've taken note of he number of people who are now in prominent jobs in city and state government/advocacy that were mentored by, and allowed to shine when working with Jefferson Smith (Jennifer Yocom anyone?) I personally know many, many people who have worked with Charlie, and I don't see the same mentorship and talent promotion.

Yes, I support Jefferson. That doesn't make me a mindless flack.
on September 25, 2012 at 2:57 PM Report this
26
So the Oregonian has noticed in the just updated campaign finance reports that the Hales campaign paid for a polling firm in D.C. to do some work...