Since you’re gonna drink Oregon beer, there’s no better place to start than Deschutes. The Portland outpost of Bend’s incredibly popular brewery has its own small brewhouse inside this spacious restaurant, which sits smack dab in the middle of the Pearl District’s prime drinking spots, flanked by Von Ebert, Teardrop Lounge, and Oven and Shaker. And with 26 taps comprising regular, seasonal, and experimental beers, the brewery always has something for everyone. The only drawback? There’s often a wait even in the middle of the afternoon on a weekday. However, you can always cozy up to the bar and knock back a Twilight Summer Ale as you wait for table service. Deschutes Brewery’s Portland Public House, 210 NW 11th, Sun-Thurs 11 am- 11 pm, Fri & Sat 11 am-midnight, deschutesbrewery.com

If the wait time at Deschutes is too long for your liking, the smaller but cozier Pints Brewing is just five blocks east. The Old Town pub features the brewing work of Alan Taylor, who’s also the head brewer at Pints’ newer, shinier sister, Zoiglhaus, the 200-seat brewpub in Southeast Portland’s Lents neighborhood. But this brewery’s a charmer, and offers some pretty terrific deals, like free fries with your first pint on Mondays, and a burger and beer for just $10 on Wednesdays. It even offers a modest but affordable egg-centric weekend brunch, with $2 breakfast tacos and $6 Bloody Marys. And the best thing about it might just be the staff, who are friendly, patient, and helpful. Treat yourself to one of its half-dozen seasonal brews, like Guawesome Sauce, a guava-based milkshake-style IPA that won over this no-fruit-beer partisan drinker. Pints Brewing, 412 NW 5th, Mon-Fri 11:30 am-11 pm, Sat 11 am-11 pm, Sun 11 am-9 pm, pintsbrewing.com

Kells Brewery’s Alphabet District location may seem like a far-flung choice for a Northwest Portland beer crawl—but it’s actually located just a mere eight blocks from Von Ebert, and it’s worth the walk for the Irish brewpub’s shepherd’s pie alone. The family that runs the brewery also operates their own farm, which keeps the pub replete with hops, cherries, and apples (for brewing beers and ciders), as well as eggs, lamb, peppers, kale, lettuce, and squash for the kitchen. And even though the facility’s fairly small, it does offer plenty of small-batch beers. On a recent visit, the best beer on the menu was a mango ale, but the brewers only made two kegs, so it may already be gone by the time you read this. That said, come July, they’ll be tapping kegs of lime gose and a “Mezcal-a-rita,” made by smoking the malt to give the beer that smoky mezcal-margarita sting. Kells Brewery, 210 NW 21st, Mon-Thurs 11 am-midnight, Fri & Sat 11:30 am-2 am, Sun 11:30 am-11 pm, kellsbrewpub.com

Other spots to try in this beer-soaked part of town include:

Tags: Food and Drink Beer Feature Chad Walsh Craft Beer Issue 2018
If you enjoy articles like this, please help the Mercury continue our mission of providing up-to-the-minute information, progressive journalism, and fun things to do in Portland by making a small recurring monthly contribution. Never forget: Your help is essential and very much appreciated!
CONTRIBUTE NOW 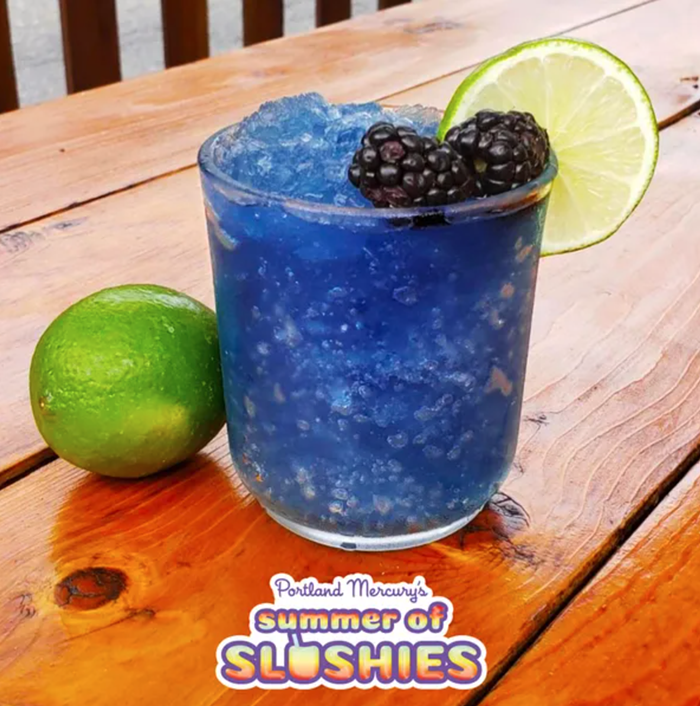