Mornin', Portland! Today we're expected to get "plenty of sunshine" with a high of 81 degrees—lovely!

• New Seasons workers at the Seven Corners location voted 62 to 15 to unionize Wednesday, forcing the grocery chain to recognize the New Seasons Labor Union. "This ragtag group of grocery workers and community supporters organized in our limited spare time to pull this together, and we did it without the institutional support of established organized labor," the union said. Two other New Seasons stores in Portland have moved to unionize as well.

• A hospital in John Day is planning to end its mask requirement for staff in non-patient areas, like board rooms. The change in rules would be within the scope of Oregon Health Authority’s existing mask guidelines, but the Blue Mountain Hospital District would be the first known healthcare facility in the state to remove mask wearing requirements in parts of the facility.

• Seattle teachers are on strike:

The district remains silent on whether it has the money to meet demands, which means they could lack the cash or could just be acting like assholes.https://t.co/B1kCcMwpht

• A group of Portlanders with disabilities are demanding the city sweep all tents from city sidewalks to adhere to ADA requirements. Interestingly, lawyers with the lawsuit approached Disability Rights Oregon to join the lawsuit, but the organization declined. DRO executive director Jake Cornett told OPB said the lawsuit wrongly pitted “some people with disabilities against other people with disabilities” (over half of the homeless population in Multnomah County report having a disability) and that city streets aren’t just littered with tents, but also e-scooters, restaurant signs, and outdoor seating that narrows the sidewalk.

• The Portland Hilton, Duniway Hotel, and Dossier Hotel are all at risk of foreclosure, with the owners owing millions to the bank. Some property owners argue that the conditions of downtown Portland, where all three hotels are located, are to blame for the businesses’ economic hardships. I think that if the hotel owners started making coffee at home instead of getting a daily $6 latte, they could probably make their mortgage payments just fine.

• Steven Bannon, a former White House strategist during the Trump admin, was indicted Thursday on charges of money laundering, conspiracy, and fraud relating to an alleged scheme to raise money for building the border wall. Bannon surrendered to authorities this morning and will be arraigned later today. The charges are similar to the federal charges Bannon faced in 2020, of which he was pardoned by Trump. Bannon is now facing state charges, which cannot be pardoned by the president.

• During an election worker training call in August, GOP leaders in Michigan’s Wayne County encouraged poll workers and partisan observers to ignore local election rules and secretly record voters at the polls. GOP county chairwomen Cheryl Costantino encouraged the trainees to bring a pen and paper to secretly record notes on voters—which is illegal—because of her and other GOP members’ belief that Democrats are cheating at the polls, thus justifying breaking election rules.

The White House said it's optimistic about a decline in monkeypox cases and an uptick in vaccinations against the infectious virus, despite worsening racial disparities in reported cases. https://t.co/3dqdjCiXGB

• Queen Elizabeth II is currently under medical supervision after doctors became concerned for her health, according to Buckingham Palace. The Queen’s health is usually considered a private matter and an unprompted statement from Buckingham Palace is unusual. The Queen is 96 years old.

• And we’ll end with some good ole WRASSLIN: 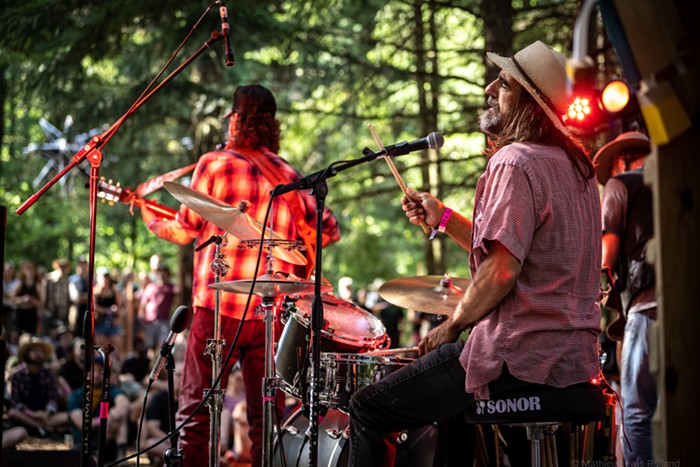