In this week's HEAR IN PORTLAND, we're loving new music from Volcanic Pinnacles, Milc, and Rules. 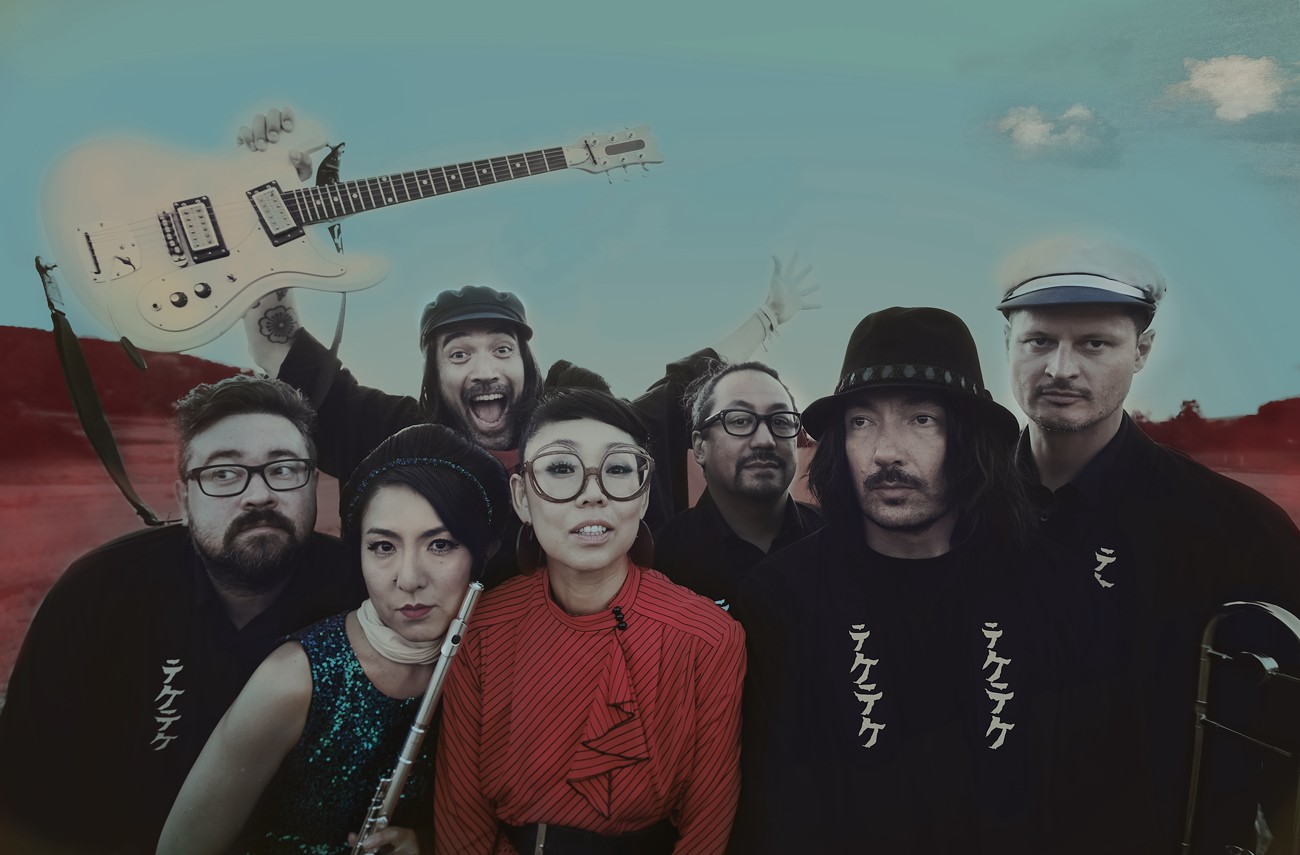 Despite seasonal focus on holiday shopping chaos, things are still looking promising on the Portland music front. There’s no shortage of releases to get into, and even a couple of upcoming shows that will warm things up. This week we’re stoked about a new project from rapper Milc, new single from Rules., and upcoming shows from epic local twosome Volcanic Pinnacles, Japanese psych rockers TEKE::TEKE, and music-minded drag performers Jinkx Monsoon and BenDeLaCreme.

Saxophonist Tony Mowe (Modest Mouse, Phil Hesh) and drummer Mark Musselman formed Volcanic Pinnacles in 2012, and over the last decade, they've released a trio of EPs. Now the Portland-based jazz and post-rock duo are now finally releasing their debut LP Tablelands, on December 2. They recorded the experimental and cinematic album at Iconica Studios in Hollywood, CA, where the project was produced by Justin Longerbeam—whose collaboration credits include Portland’s claim-to-fame gems like Siren and the Sea’s For Bathing, and numerous hip-hop and R&B projects such as Chanti Darling’s RnB Vol. 1 and Blossom’s Tease, among others. Tablelands opens with a nine-minute track called, “Spirits of the Highest Clouds and Deepest Waters,” which lets you know how things are going to be: epic. At the close of final track “May All Beings Be Liberated,” it's apparent how much the whole ambient project feels like an uprising followed by war, and the deadly quiet that follows. Fans of British group Sons of Kemet will absolutely love “Festoon.” Days prior to Tablelands’ release, the band will play a celebratory show at the Doug Fir; they'll also have vinyl versions of the album available for presale. Get there promptly so as not to miss stellar openers, like instrumental post-rock four-piece a Collective Subconscious, and soul-fired singer-songwriter Yawa (FKA Amenta Abioto). (Doug Fir Lounge, 830 E Burnside, Wed Nov 30, 8 pm, $15, tickets here, 21+)

New release(s) from a Portland-relevant artist.

We’re no stranger to discussing the recent releases of Portland-based rapper Milc—who's also one half of emcee duo Load B—like this year’s Windbreaker and 2021’s Tiger Milc. However, we'd feel remiss if we didn’t also alert readers to this local rap-goodness: On November 15, the stand-out emcee dropped yet another notable project, Neutral Milc Hotel. (The title pulled from ’90s indie band Neutral Milk Hotel.) With Oakland producer Televangel exclusively providing beats, the project kicks off with the vibe-setting opening track “King of Carrot Flowers pt. 4.”  There's a plenty of wordplay and references to take in, but we're especially fond of tracks “Ronald Reagan,” “Red Scare,” and “Dinner with Jay-Z.” The good news is with beats this euphonious and delivery this enjoyable, audiences are likely to tap repeat.

On Friday, a new single from indie rock project Rules. dropped, to the delight local audiences. Rules. is the solo project of drummer Parker Hall, who says he learned to play guitar and sing in order to record his 2019 solo EP Nights and Weekends—on which he sang, drummed, and played bass and guitar. The super chill new Rules. track “You Got It,” was mixed by Larry Crane at Jackpot! Studios, and mastered by Adam Gonsalves at Telegraph Audio. It tells a couple’s mundane life story in three simple verses, ie. "You get your first paycheck in two weeks time/ Just enough to shop online." As Hall explains in an email, “it’s a tongue-in-cheek thing about a suburban white couple in California and their life struggles.”

Who cares that his holiday show is happening after Christmas? I dare say we’ll accept a holiday show from hometown hero Jinkx Monsoon whenever she damn well wants to deliver! While Jinkx Monsoon grew up in Portland and got her start performing at spots like the now defunct Escape Nightclub, she and BenDeLaCreme rose to drag stardom after appearing on multiple seasons of RuPaul’s Drag Race. In 2020, the two co-starred on The Jinkx & Dela Holiday Special, and it was definitely repeat-worthy entertainment. So this live show is a must-see, if you can swing it. Look forward to being blown away by top-notch comedic stage presence and Monsoon’s impressive pipes. Expect social commentary, reads, and of course, commiserating (with humor!) about the holidays. (Arlene Schnitzer Concert Hall, 1037 SW Broadway, Tues, Dec 27, 8 pm, $49-89 and up, tickets here, all ages)