Plus, Black Belt Eagle Scout, Vanessa Carlton, and other truly exciting shows that should be on your radar HEAR IN PORTLAND

Over the horizon of the new year, we spy some exciting shows and album release news. And December still has some shining gems—like the annual Friends of Noise Icebreaker concert—and New Years Eve blowouts that shall not be overlooked. Let's get into everything you should Hear in Portland!

'Tis the season for benefit soirees, and we're fortunate that here in Portland so many shows for good causes come with great lineups. Icebreaker is an annual fundraiser that benefits local music nonprofit Friends of Noise. As the organization was formed to create more opportunities for youth to perform and gather at all ages music events and raise awareness for the need for more all ages venues, it's appropriate that the evening will showcase performers of various ages: Portland veteran emcee Vursatyl (of the classic hip hop group Lifesavas) headlines the event and shares the spotlight with up-and-coming R&B singer-songwriter Alana Rich, among others. Ever since Rich’s performance(s) at The Thesis in 2022, I’ve been waiting for her debut full-length. And while I’m still waiting (patiently), seeing her perform her collection of new singles live will be a treat. In addition to his 2015 record Crooked Straights, Vursatyl put out a number of singles in the last couple years—“Secondhand Smoke (feat. Lunden Benard) and “Let Me Know” in 2021—so I'll be excited to see what solo material he pulls from to compile a killer setlist. (Holocene, 1001 SE Morrison, Wed Dec 21, $10 adv, $15 door, tickets here, all ages, w/ Serenity and Burbya)

Portland remains in love with its favorite multi-genre, multilingual “little orchestra” Pink Martini, and though the group hasn't dropped a full length in four years, the 2018 Non Ouais! The French Songs of Pink Martini—and really, most of their catalog—is loaded with sparkly, holiday vibes. We expect this New Year’s Eve show of jazzy, genre-spanning easy listening at the fancy Arlene Schnitzer Concert Hall to sell out quickly. In October, the band released a two-pack of cover songs with legendary, pioneering drag queen and Portland icon Darcelle XV. Is there a possibility of a NYE surprise along those lines? Even if not, the evening has stellar Portland-based openers lined up: journalist and sometimes Pink Martini guest Ari Shapiro, and singer Jimmie Herrod (who received a golden buzzer on America’s Got Talent), singer-songwriter Edna Vazquez, and the Portland Youth Philharmonic. (Arlene Schnitzer Concert Hall, 1111 SW Broadway, Sat Dec 31, 7 pm and 10:30 pm, $34-115, tickets here, all ages)

Portland’s Katherine Paul is the queer and Indigenous musician behind the Black Belt Eagle Scout moniker. In 2020, Paul made the journey from Portland back to the Swinomish Indian Tribal Community Reservation, where she grew up, about 20 minutes south of Anacortes, Washington along the Skagit River. That’s where she eventually became a jingle dress dancer—wearing traditional powwow regalia made with 365 tobacco can lids curled into cone-like shape, and sewn closely together with ribbons. On her forthcoming album The Land, The Water, The Sky, Paul will serve as a storyteller over the course of 12 tracks, evoking feelings of deep sadness, but also joy and hope, as Paul remembers the land, wisdom, knowledge, and traditions passed down by her ancestors—and weaves those inspirations in with her grunge and riot grrrl sounds. The album is expected to drop on February 10 via indie label Saddle Creek, but you can listen to two singles from the record RIGHT NOW: opening track “My Blood Runs Through This Land,” and “Don’t Give Up.” On the day of the project’s release, Black Belt Eagle Scout will play an album release show at Aladdin Theater—tickets are a mere $20 and guaranteed to evaporate. (Aladdin Theater, 3017 SE Milwaukie, Fri Feb 10, 8 pm, $20, tickets here, all ages)

An Evening with Vanessa Carlton

We'd wager that pop pianist Vanessa Carlton has enough star draw to fill a hall larger than the intimate and aurally superb Mississippi Studios, but as part of her Future Pain Tour, she’ll treat a small audience to An Evening with Vanessa Carlton, in April of 2023. Could she deny us a live rendition of the ear worm hit single "A Thousand Miles" (which still holds up)? Who cares, this show sounds magical! As long as we get something from her 2002 studio debut—like the similarly effervescent "Ordinary Day," "White Houses" from 2004’s Harmonium, and / or certainly "Future Pain," the lead single from her most recent album Love is an Art, we'll walk a thousand miles—and buy those tickets right now! Speaking of right now, eager fans can revisit the ultra calm vibes on her 2011 Christmas EP, Hear the Bells. (Mississippi Studios, 3939 N Mississippi, Mon April 3, 9 pm, $25, tickets here, 21+) 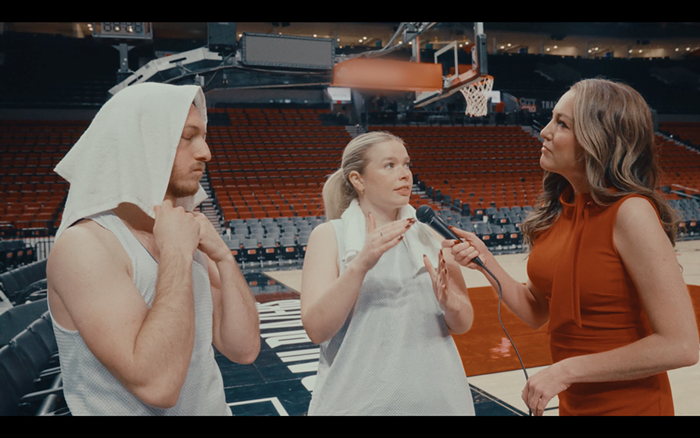