Oldest Joke in the World: Not Funny 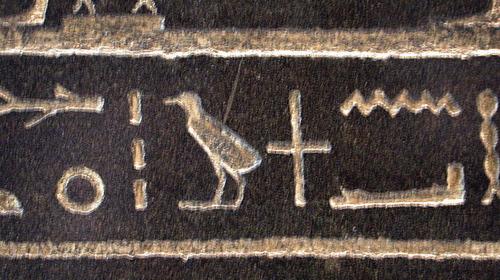 A post on MetaFilter today cites an article in Smithsonian Magazine from February 2008.

"Found: the oldest joke in the world," read the headline in the Sunday Times of London on June 29, 1997. Inscribed on a roll of papyrus, the hoary jape could be translated as a riddle: "How do you entertain a bored pharaoh? You sail a boatload of young women dressed only in fishing nets down the Nile and urge the pharaoh to go catch a fish."

I guess you had to be there (in 2600 b.c., when King Snefru received this wink-wink nudge-nudge advice from the court magician Djadjamankh.) Or perhaps it was funnier in the original hieroglyphic. (Asp jackal ibis? Wiggly line, ankh, feather!)

Anyway, MetaFilter goes on to mention a bunch of other websites with crusty, old, historic jokes from bygone days.


So, on that note, I should like to share with you my personal oldest joke, a hilarious riddle I composed at the age of five:

Why did the chicken cross the road only halfway?
Because he was a crossing guard.

Yep. Made it up myself.
Comments 2
Tags: Misc. Blogs