"Time and time again, climate change is reduced to just a tsunami or just a twister or whatever." 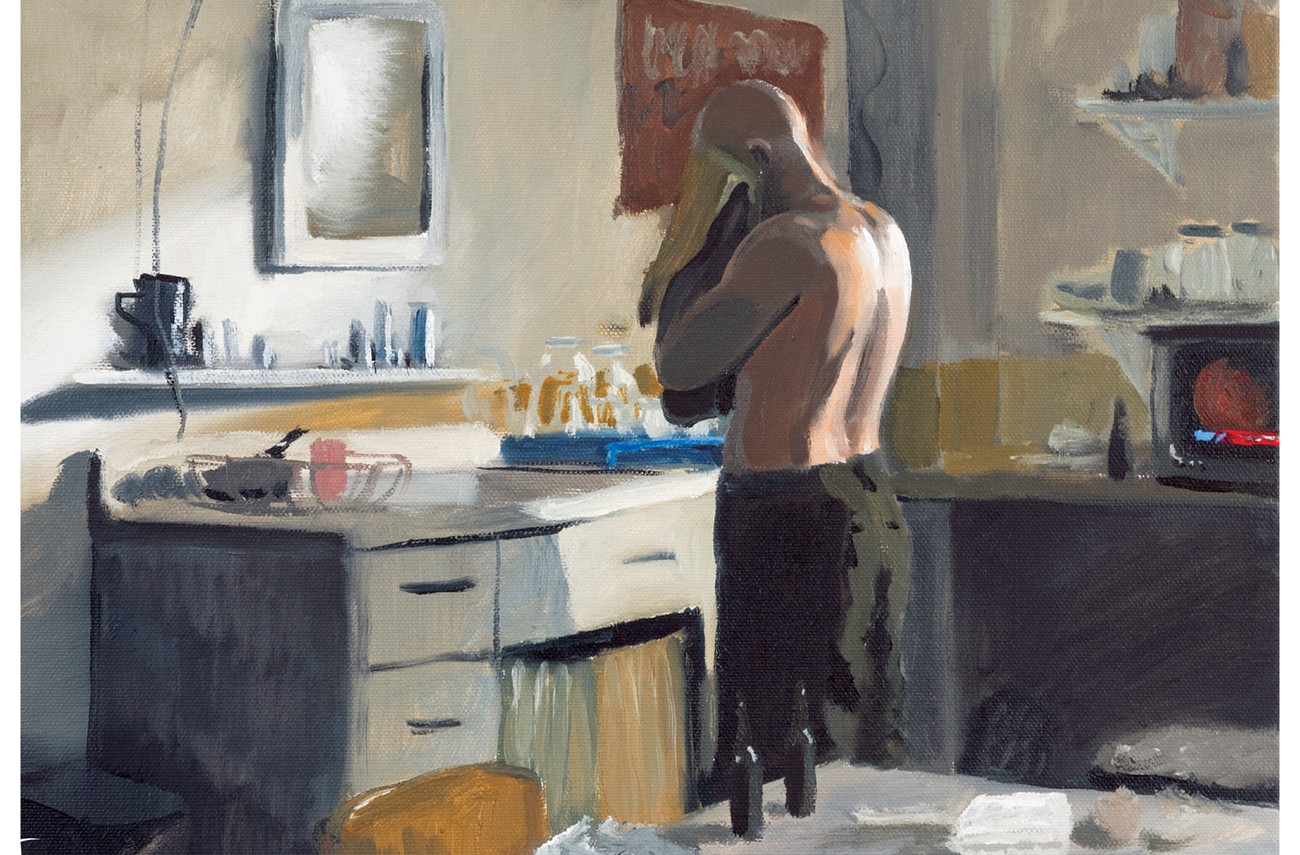 The poster for "Earth II." ABU

The Anti-Banality Union (ABU) has been making films for more than a decade, but they’ve never picked up a camera. Instead their work is reminiscent of the Moscow Film School—the world's first film school, where a shortage of film stock meant students repeatedly edited existing works, leading to the montage as we know it. This anonymous collective re-edits Hollywood blockbusters into cinematic collages.

Their work began in 2011 with Unclear Holocaust, a piece made up of over 50 disaster films, which mostly amounted to watching New York City destroyed over and over again. Then, in 2013, Police Mortality centered on the cinematic identity of police in films spiraling out of control. In 2014, State of Emergence took aim at zombie films—without the shambling undead and instead focusing completely on societal collapse.

Now the ABU turns its attention to the looming climate collapse that hangs over all of us and our cinematic imaginations with Earth II. Billed as being "an action-packed analysis of Hollywood’s pathological climate grief," Earth II draws from films like the Purge, They Live, Johnny Mnemonic, Independence Day and others—mashing up everything from science fiction to action cinema.

ABU is in the middle of a nationwide tour, screening Earth II and holding discussions at a number of small cinemas—the Portland stop is at the Clinton Street Theater on Tuesday September 27. Before then, the Mercury sat down for a virtual interview with members of the group, who will be referred to as one collective for the purposes of this piece.

MERCURY: In relation to your other works, Earth II has the most narrative structure yet. Is that something you want? How do you plan out your films?

ANTI-BANALITY UNION: It took us a couple of years to research—just watching films, deciding what we felt the story should be, obsessively taking notes, and filing away scenes and shots for future use. Then we started developing this screenplay that was never a formal screenplay—more like a flow chart taped to our wall with index cards. We categorized tropes and moments using the heuristic three-act structure, then mapped it out in more of a narrative sequence.

What did those tropes reveal to you about the way Hollywood has grappled with climate apocalypse?

We’ve always been dissatisfied with, in Hollywood but also in our broader culture, the idea that we can have our cake and eat it too. That we can find some technical solution to this problem that will not require us to change our way of life or the relationship industrial capitalist society has to the Earth. It seems like all the solutions being proposed are more extractive mining, batteries, solar panels—all these things that will allow us to maintain our GDP and growth to basically keep going on as before. It's a fantasy in Hollywood and a fantasy in our world that these solutions are anywhere near the kinds of fundamental shifts we need to make to actually escape from this death spiral.

In an interview with Brooklyn Rail, you seemed to say Hollywood movies often stumble upon a truthful path, but then recant in the final act. How did that idea influence your film's conclusion?

The ending was what we spent the most time on. We didn’t want to have an ending where they defeat the bad guys and everyone lives happily ever after. We couldn’t have an ending like that—even if we wanted to—because the material wouldn’t allow it. The material was too obstinate. The closest thing we had to any kind of hero is the underground Luddite movement, and they are certainly not without their problems.

You’re working with material that has already been written and shot—potentially decades ago, with different perspectives. Did you reach a ceiling of what you could do with it?

You can do a surprising amount. Most often it's not so much that we change the meaning, per se, but rather we pull out the message. A lot of these films have a political sensibility that we find agreeable but then, in the final act, it becomes retrenched to a more conservative ending. Not like liberal versus conservative, but the status quo being restored. There are a lot of glimmers of liberatory politics in many of these films, and extracting those—or chiseling away at everything around them—we try to let the material speak for itself.

Earth II reminded me of Guy Debord's Society of the Spectacle. When we conceive of a crisis, like the climate apocalypse, we turn to stories and fantasies to make sense of it. However, then we can’t imagine something not mediated by entertainment or "the spectacle," which has supplanted authentic experience. Does that idea factor into your work?

Oh yeah, that’s our manual. Climate change is something that, in a fundamental way, is impossible to grasp. It’s a classic hyperobject. It can’t be understood because it's so intricate and has so many elements to it, and it hasn't been a truly observable reality, especially in the United States, until very recently.

Hollywood’s inability to approach hyperobjects, like climate change, as what they are is really the key to their failure in actually activating our imaginations. It ends up reducing these complicated ideas into ordinary problems that we can deal with. It’s just the core of the Earth, that’s the problem. It’s just an asteroid or a series of asteroids. Even in the Day After Tomorrow, which arguably tries the most to address it, there is a speech that contains the line: "The basic rule of storms is they continue until the imbalance that created them is corrected." I don’t think you need to be a climatologist to know that that’s not how storms work. It’s not just a disturbance in the equilibrium that corrects itself.

It’d be nice if it were.

Right. Roland Emmerich had a crisis of conscience watching the news and decided he had to use whatever leverage he had as a public figure to call attention to it. He wrote the Day After Tomorrow in one feverish night, with an ambition to inspire people to address the problem. But then it was just reduced to something that could be fixed. Time and time again, the hyperobject of climate change is reduced to just a tsunami or just a twister or whatever.

Then it will pass, and at the end we’ll be okay.

Right. We’ll figure out a solution to that one thing and we’ll be good, we can go back home. You see it with rising sea levels. We’ll move further inland and build dikes around cities—we’ll put our houses on stilts.

Easy! No other complications to any of those things.

Three-act narrative logic just rules out the possibility of a more complex narrative that might adequately address climate change. I guess gradual degrowth on a societal scale is not something you can write into a three-act feature.