Our city is home to some of the world's most talented animation staff, and they're the ones who built Pinocchio's bones. 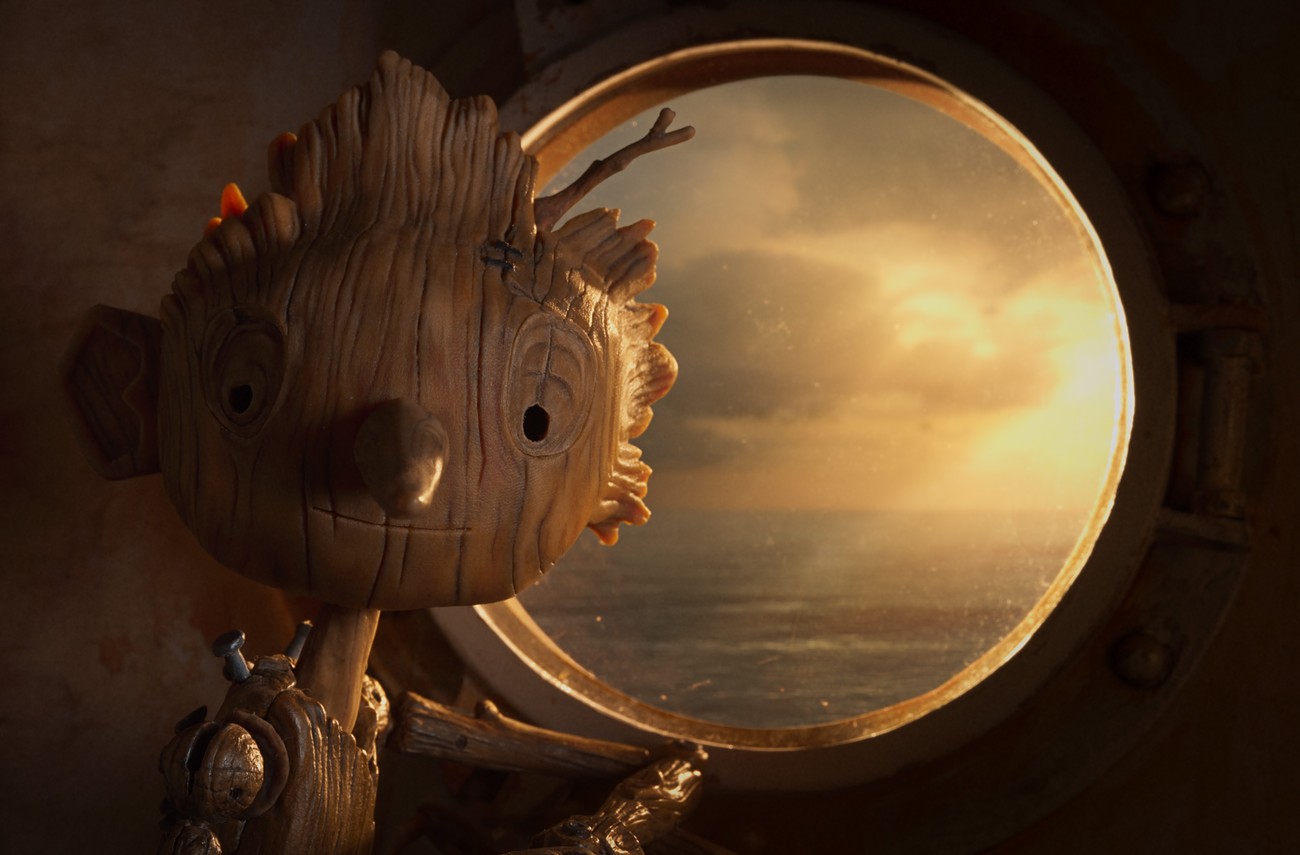 Pinocchio: voiced by Gregory Mann, animated by a village of staff. COURTESY OF NETFLIX

When the credits roll at the end of Guillermo del Toro's Pinocchio, some of the first names you'll see after the film's co-directors—del Toro and Mark Gustafson—are those of the many craftspeople who brought it to life. This is for good reason, though their contributions often go overlooked.

Everything seen in front of the camera is because of the attention and hard work of animators, fabricators, sculptors, armaturists, and so many more artists. We spoke to a few of them to get a sense of what went into Portland's latest work of stop motion animation, what the experience was like, and what it represents for our city, which remains a go-to place for animation talent.

Matias Liebrecht first began as an animator in Germany more than twenty years ago. You've seen his work in films like Frankenweenie, My Life as a Zucchini, and Isle of Dogs. Most recently, he worked on Henry Selick’s Wendell & Wild before shifting to join the already underway production of del Toro's Pinocchio.

According to Liebrecht, the work of an animator is one where you are just as much of a performer as actors who voice the characters. “Once you prepare your shots, you go into a set that is surrounded by black curtains," he told the Mercury. "You’re in there on your own with the camera and puppets. You perform the characters as you’re directed, but put in your own input, as an animator.”

Liebrecht described the delicate practice of adding or decreasing tension to a puppet's armatures—dependent on variables like whether the puppet is holding something or making a more subtle movement. Each day, he estimated, animators completed “somewhere between half a second to three seconds” of the feature. However, when it all comes together, it can be magical.

To hear it from Annika Schindler, she's basically been making clothes all her life. Schindler initially studied fashion design before pivoting to film and television production. She never imagined she'd find herself working in animation for area studios like Laika and ShadowMachine.

“Over dinner a friend said: ‘Oh, you’re making costumes. We’re making a miniature for an animated feature film. Could you imagine making small costumes?’ I gave it a try and never left,” Schindler recalled. “It was just a special crowd and a special craft. I got totally captivated.”

That first project, The Sandman and the Lost Sand of Dreams, led to work on Laika features like The Boxtrolls and Missing Link. She began work on Pinocchio along with many Laika workers in 2019 where she found herself right in the middle of the animating process: receiving character designs and keeping a rhythm of creating them.

“I probably made about forty duplications of just one certain character type. It must have been forty or fifty," she explained.

Schindler said she was familiar with the fairytale from childhood, but became excited about del Toro's use of the tale to speak to our contemporary issues. "Just thinking about the story, the relationships, and the importance to our world today. It’s a special take.”

Emily Myer described an armaturist as someone who builds the bones inside the puppets.

"The puppet sculpt has already been done, so you take the mold and fit the joints inside to determine what size you need,” she outlined. “I usually start with constructing the hips, then go down to the legs because that's the center of the puppet that stabilizes it. Then go to the torso, the arms, and, lastly, the hands.”

Myer has a long work history with Portland animation studios like Laika and ShadowMachine. For instance, she worked on the infamous scene in Booksmart where the two teen BFF main characters hallucinate that they are dolls, during an ayahuasca trip, and proceed to explore their plastic anatomy. She remembers hearing about del Toro's Pinocchio back in 2008, and when she was brought onto the project, a decade later, it felt like the culmination of years of excitement and professional growth.

“Maybe about fifty percent of the time I’m soldering,” she said, describing the process of heating up metals to join them together. “The puppet would be cast in silicone, then go to paint and costuming, but the mold would come back to me, so I could build another armature inside of it. I think I made all of the woman armatures, so it was kind of the same body over and over again. It was nice to step outside of that and do a little bit of paint too.”

Now that the film has finally hit screens, Myer said she's most excited about a special exhibit that marks a first in her career. “Our work is going to be at the MoMA, in an exhibit called Crafting Pinocchio, so I’m really excited to have our work on display there.” [Crafting Pinocchio will also show at the Portland Art Museum, beginning June of 2023. - eds.]

From the very beginning of Pinocchio, Katy Strutz was blown away by the vision for the world.

“My first day walking through and seeing the concept art, seeing the beginnings of the film, was so exciting,” Strutz said. "Guillermo has such expertise in crafting dark fairytales, weaving in elements of history and politics, and then telling it through the eyes of a child,” Strutz said. “It’s so obviously a story that speaks to the medium. It’s so handmade. To see it translated into a fully animated film made me very excited."

Strutz began working on Pinocchio as a sculptor, but ended up wearing a few different hats, including puppet repair.

“Puppets are made to take some wear and tear, but there has to be what’s called a Puppet Hospital,” she explained. “Especially for a production like this that takes multiple years, on a daily basis and throughout a shot, puppets tear or paint will come off in certain places.”

Strutz said she was drawn to this project because of del Toro, but also because she was happy to see more Portland-area productions taking place where many of the most talented animation artists reside.

“This movie being made here meant the industry was expanding in a big way,” Strutz said. “Everybody that worked on Pinocchio and also worked on Wendell & Wild and other productions in town, we’re hoping that productions keep rolling in. It expanded the community.”