Pickathon 2022 was hot but this group—of local high schoolers!—was even hotter. 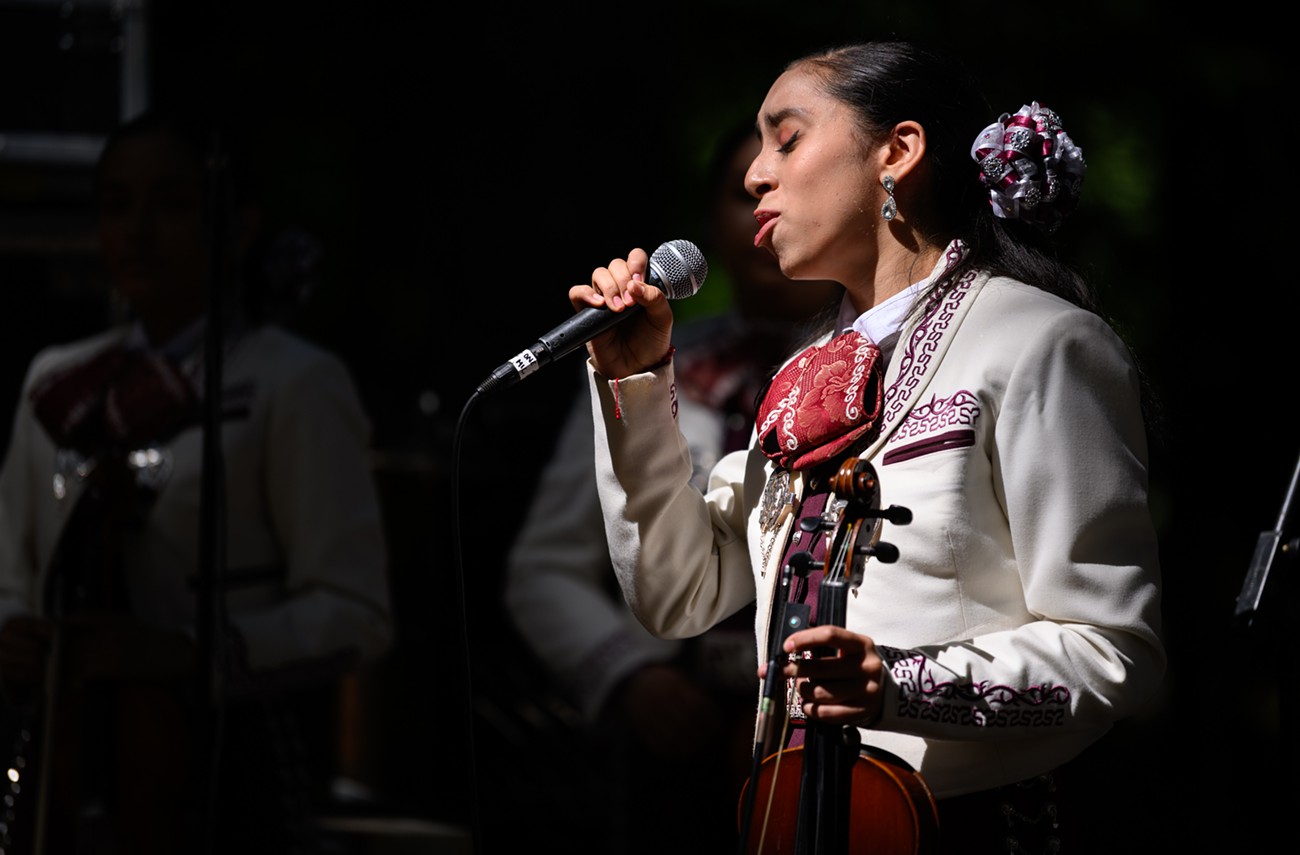 Young and old, the artists who made it to Pickathon this summer tended to be seasoned performers. Up-and-comers, sure, but pros. No way a high school mariachi band makes the list, right?

Except for Forest Grove High School’s Mariachi Tradición, whose sets wound up being among the most electrifying performances of the festival. Really.

The audition-based ensemble blasted out big sound, puffed cheeks pushing wind through trumpets, fingers dancing on a harp, clean harmonies belting from adolescent pipes. Part of what made the youths so charming to watch had to do with that—they’re kids, brimming with pure enthusiasm and radiant joy. But it was also about a real sense of confidence and poise that can come only from the unavoidable truth that they were very, very good at their craft.

Moments into their opening number, the crowd swelled from a few scattered attendees to a packed “house” and raucous applause, especially when the band did a soaring rendition of “La Bamba.”

According to one of the group’s elder members, Mariachi came into existence in Mexico— in Jalisco and Michoacán (depending on whom you ask), and it started with simple origins. The first Mariachi bands had but one guitarrón, a bass guitar or a harp, maybe a couple violins. Then came trumpets, a wider ban of songs, fancy embroidered outfits to represent the proud tradition as musicians began touring in other countries.

In Forest Grove—a small city located to the west of Hillsboro that is also home to the world's tallest barber shop pole—mariachi classes are offered at both high school and middle school levels. The head the school’s orchestra and mariachi department  Lesslie Nuñez founded the current, 22-student ensemble in 2016. At Pickathon it boasted six violins, two trumpets, one guitarrón, one vihuela, two guitars, one harp, and a numbers of vocalists.

Members of the group spoke of how they’d come to love this old music. “It brings us closer to our families,” violinist and vocalist Charlie Garcia Gonzalez said. “This is the music they grew up listening to.”

For trumpet player Emilio Giron, it was peer pressure that got him to Mariachi Tradición, “by my sister and my mom. But I ended up enjoying it. So I guess peer pressure is good.”

Tags: Music Culture
If you enjoy articles like this, please help the Mercury continue our mission of providing up-to-the-minute information, progressive journalism, and fun things to do in Portland by making a small recurring monthly contribution. Never forget: Your help is essential and very much appreciated!
CONTRIBUTE NOW