Dirk VanderHart
Back to article 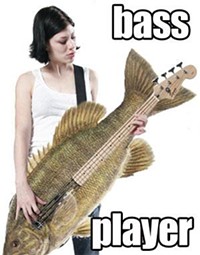 14
Whatever Uber and Lyft 'r doing, IT AIN'T RIDE-SHARING. It's carpetbagging, and if you believe otherwise, you're allowing yourself to be lied to.

The only thing Uber and Lyft drivers are sharing is risks for their corps. Uber and Lyft aren't about to share the profit with you … I noted another headline that said Uber's about to cut prices in a bunch of cities, making the pie smaller. It isn't so much a ride-sharing model as it's a "be a cab driver for next to no additional cost but all the additional risk".
Samuel John Klein on January 9, 2016 at 7:42 AM Report this
15
Seems like the thing that eats into her profit under her system is turnover with drivers. If she isn't clearing 800 a week it means that many of her drivers aren't staying more than a few weeks. I am curious as to what is causing the turnover if it is such a great deal for the drivers.
econoline on January 9, 2016 at 11:50 AM Report this
16
Econoline: Well, there's always gotta be a suspicious pessimist in the bunch, so thank you for playing that role. Let's take some time to clear up some of the misunderstandings you've got! My turnover has been VERY low. I've been at this for three years and have lost four drivers.

(1) First driver who didn't work out was a 65-year-old El Salvadorian refugee with a trauma history and limited English skills. After SEVEN full 12-hour nights of training (most drivers get three), during which he evidenced only some minor retention issues and language barrier issues, we sent him out on his own. He promptly forgot all of his training, how to speak English, AND, most seriously, how to drive. The panic of being on his own out there at night, without me for support, combined with the dissociation that often happens when individuals with trauma histories confronted with stressful situations, made it a poor fit for him professionally. I spent two whole nights on the phone having CLIENTS remind him how to use his GPS, computer, meter, etc. Obviously that wasn't going to work out long-term for my company, for my clients, or for the driver. I have lots of professional and personal experience in mental health, but I left that profession for a reason: my own mental health was suffering. Furthermore, it's not my job as a cab owner to rehabilitate my drivers' mental health issues. I had to terminate his contract after his second day. It was heartbreaking, and completely beyond my control.

(2) The second driver I lost was a very capable gentleman who had previously worked in insurance claims, for ODOT, as a Plaid Pantry assistant manager, and as a bouncer/doorman at several local clubs. He was with me for nine months doing medical transportation, very happily earning $700-$900 a week, picking up extra income training drivers for Green. Until Uber hit. When Uber hit, all of the regular cabbies who formerly turned their nose up at medical rides (because they're discounted, not cash, and have no tips associated with them), were desperate to pick up medical calls because Uber had stolen all their cash/credit business. This cut into my driver's earnings so much so that he went from making $700-$900 take-home, to $200-$500 (this has since stabilized). I would have given this guy FREE KITTY forever just to stay on my team, that's how good he was. Unfortunately, attitude is EVERYTHING in this job and his good attitude went down the drain when his earnings went down the drain to Uber. He was too mad and sad to stick with driving. Being a capable gentleman with a good resume, he left to get another job with benefits. He is currently unemployed, but the sister who he supported for nine months while working with me got a high-paying job, and she is now supporting him in return.

(3) Third driver was a long-time friend who had some serious mental health challenges. I worked with his mental health counselor to help him jump through the hoops of becoming a cabbie, to get him clean of the medical marijuana he relied on to sleep, and to help him get set up with the technology he needed to be a successful cabbie (a flip phone and no internet access at home really doesn't cut it if you're a cabbie). At the time my staff was full-up during the day, and this individual was not open to working night shifts because it messed with his circadian rhythms and increased the symptoms of his mental health issues. He tried to work nights, but it was not a good fit, and his mental health issues worsened, as we'd expected they would. This made working with him very challenging for me, my other team members, our dispatchers, and our office people. He was GREAT with clients, and had a selfless orientation towards providing excellent service to his wheelchair clients, in particular, but the team-side interpersonal challenges were too much to overcome. Rather than terminate his contract, I set him up with another driver who needed someone to drive her wheelchair van during the day. In other words, I didn't "lose him," per se, I gave him the opportunity he wanted: day shifts elsewhere.

(4) The fourth driver I am about to see turn over in two weeks has been with me for over two years. He hasn't left yet, but he is leaving my team in two weeks to buy his own wheelchair van and become an owner himself. This is EXACTLY what I hope will happen with my drivers! I hope they'll use the opportunity I've afforded them to advance themselves via other avenues, whether it's going back to their former professions (this driver is an architect by trade), getting back into school, or owning their own cabs. I am SO proud of this driver. He has been living in communal housing since we got him out of his car-living/couch-hopping situation back in 2013, and he's currently looking for a new place to live where he is the primary lease-holder. He knows he needs to make more money than he can make in my cabs working the three days he works (I could offer him more days, but his stress levels and outside obligations to the architecture wold make working more than three days a challenge for him). In order to obtain and sustain a new housing situation, he's buying his own cab to lease out to other drivers for residual income, too.

The reasons I don't clear $800 myself are because (a) I'm disabled and cannot drive as much as I used to be able to drive, and the more you drive the more you work, and I work very little because my health cannot handle working more, (b) because of my $0/$20/$40/$80 kitty step-up for new drivers and the kitty subsidies I offer for bad days, and the generous up to 50%-off discounts I give vulnerable clients, my profit is often eaten up by my generosity, (c) I don't have a computer and cannot build my bloody website and design my promo cards until I round up the $1200 I need to get one, and (c) there's the plain and simple fact that I have no control over industry trends or my drivers' lives! I spend a lot of time asking myself what I've done wrong to lose four drivers, which, isn't really that many in my book. At the end of the day, I have to acknowledge and accept: given the limited resources I've got, I've done everything I can do, and I can't change the industry, and I can't "fix" my drivers mental health issues, so I let it go.

Lastly, please remember, studies show only 20% of new cab drivers make it past 6-months. Radio Cab, Broadway, and Uber, for that matter, have a much higher turnover rate than I do. Contrary to the "everyone can be a private driver" PR blitz you'll hear from the TNCs, it is an incredibly challenging profession to have full-time, and not everyone is cut out for it.
Wynde Dyer on January 9, 2016 at 1:16 PM Report this