"Oh no! I can't read this week's terrific Mercury articles! The Wifi here SUCKS!!" akinbostanci / Getty Images
GOOD MORNING, SUNDAY! It's the perfect time to catch up on some of the great reporting and stories the Mercury churned out this week! (PRO TIP: If you despise being "the last to know," then be one of the first to know by signing up for Mercury newsletters! All the latest stories shipped directly to your email's in-box... and then... YOUR HEAD.) 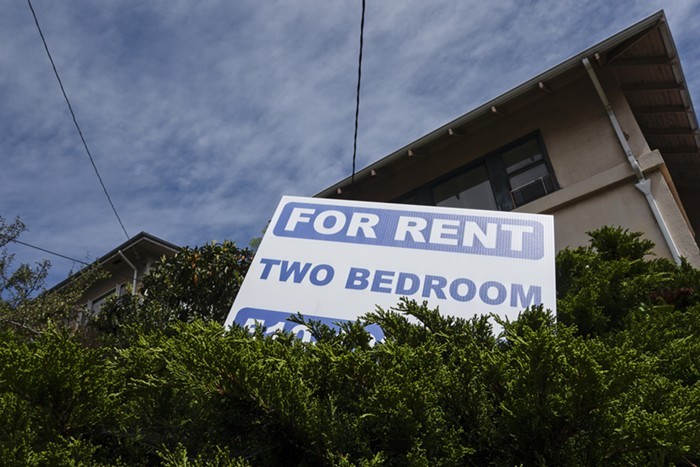 • THE TRASH REPORT: Biden in Portland, Woman in an Outhouse, and Ferris Bueller in His Sister
Calling all fun-time gossip lovers: It's the newest edition of THE TRASH REPORT. This week, Britney & K-Fed's reunion fight, Ferris Bueller's affair with his sister, and falling head-first into an outhouse. You know... the "youshz."

THE LIFE PICTURE COLLECTION / GETTY IMAGES
• Cannabis Topicals for Injuries: Do They Work... OR WHAT?
Q: Do THC topicals work? A: Some better than others. Read this completely irreverent—you know how we do—roundup of cannabis topicals, and see if anything sounds useful to your spring training / thunderstorm knees.

• Savage Love: Quickies
It's another "Quickies" edition of SAVAGE LOVE, in which Dan Savage fields an array of quick queries with his brand of classic, snappy advice. All your sex problems solved... in half the time!

• SOLVED: Monica Lewinsky Finally Found Her Portland Coffee Cake
Due to last week's presidential fly through, you may have missed visiting former Portlander Monica Lewinsky's epic, nostalgic coffee cake quest. We have the solution and best moments of the ensuing coffee cake discourse.

• Hear in Portland: Live Music at One Motorcycle Show, Sotaé at May’s Thesis, and Yasss! Lizzo Is Coming to PDX
In the Hear in Portland column this week: The One Moto Show has a great music line-up this year. Sotaé headlines May’s edition of The Thesis. AND, Lizzo ticket are now on sale! AH!

• Advances in Vaping and an Oregon-Made Sectional Bong Make it Even Easier to Blaze the Great Outdoors
Do you ever absent-mindedly drop your bong? (Maybe it's just us.) We were stoked to hear that Bend, Oregon designers Smoke Honest made a component-based bong, so a single broken part can be replaced instead of trashing the whole pipe.

WOW, THAT IS A LOT OF GOOD READIN'. I hope you didn't have any other plans this weekend! Dig in, and remember: Producing all this hard work costs moolah—so please consider contributing to the Mercury to keep it all coming! Thanks!
Comments 1
Tags: News