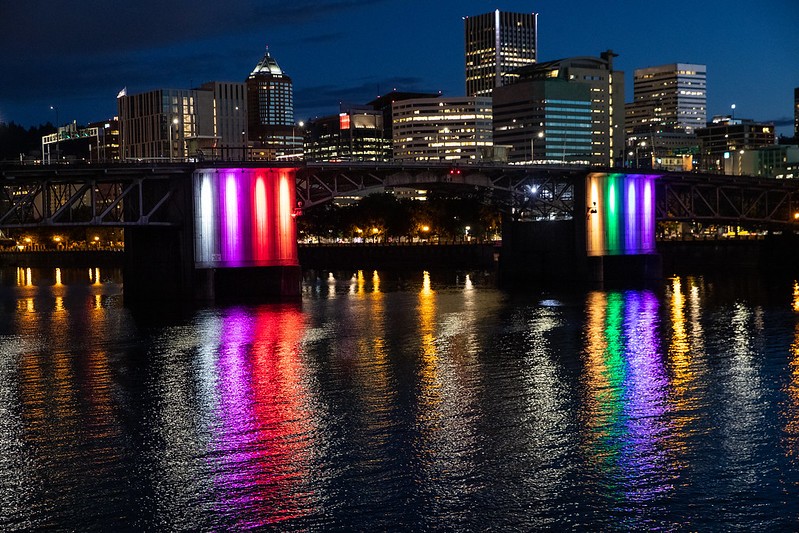 The Multnomah County Board of Commissioners unanimously approved all seven amendments to the county’s primary governing document proposed by a volunteer committee Thursday.

Every six years, local lawmakers convene a committee to review the Multnomah County Charter—the county equivalent to a constitution. The committee is tasked with reviewing the charter and suggesting changes for voters to approve or not. This year, the 16-person committee suggested seven changes that they believe will make county governance more just, accessible, and transparent.

“I’m so grateful that this committee has chosen to focus on crucial tenants underlying a successful democracy, and those are transparency, accountability, equity, and inclusion,” said Commissioner Sharon Meieran. “I know that our process is a little bit overshadowed by that of the [city of Portland’s simultaneous charter review], but that in no way diminishes its importance.”

Unlike the proposed Portland charter amendments, these suggestions will each be their own standalone ballot item on the November ballot.

Here are the seven amendments voters will consider this fall:

Similar to Portland’s charter committee, the Multnomah County committee recommended the county adopt rated choice voting, which would allow voters to vote for candidates by preference. Ranked choice voting is currently used in at least one city or county in twelve states, but critics of the voting method argue that it’s still fairly new and untested. If approved by voters, the county would have to adopt ranked choice voting no later than 2026.

“We think this would make the charter a more inclusive and modern document,” said Charter Commission member Maia Harris during a presentation to the Multnomah County Board earlier this month.

Expanding voting rights to non-citizen residents as allowed by law

If this amendment is approved by voters, Multnomah County will be tasked with determining if expanding voting rights to non-citizens is possible under current law. If the county determines that the expansion of voting rights is illegal, the amendment would require the county to actively advocate for law changes on a state and federal level that would allow non-citizens to vote. The amendment is written broadly enough that the county’s pursuit of expanding voting rights could also include incarcerated people and people under 18, depending on the current county leadership’s priorities.

“Multnomah County serves a disproportionate amount of people who aren’t US citizens or who otherwise cannot vote in our elections,” said Commissioner Susheela Jayapal ahead of the county vote Thursday. “It’s to everyone’s benefit that they thrive, and we need their voice and participation in government to make sure that they do thrive. While there may be legal issues ahead, there are times when we need to push the legal envelope and this is one of them.”

In an effort to increase oversight and transparency, the committee recommended that each county commissioner be required to visit the county jails at least once per calendar year in addition to the inspections required by state law. During the inspection, the commissioner would be joined by at least one member of the public—selected through an application process—and be able to visit any part of the jail and conduct confidential interviews.

Establishing an ombudsperson within the auditor’s office

An ombudsperson is a public advocate who, while appointed by local government, is tasked with protecting the rights of the public in their interactions with the government. In practice, a county ombudsperson would investigate public complaints against the county that don’t require a complete performance audit, as well as be available to the public as an impartial person to discuss complaints. The city of Portland has had an ombudsman office since 2001. The committee researched and proposed the amendment after it was requested by Multnomah County Auditor Jennifer McGuirk.

“As a committee, we believe adding an ombudsperson would add another layer of accountability for county government and it would reinforce the county’s commitment to professional and ethical treatment of community members,” Harris said.

This amendment was also prompted by the county auditor’s office and aims to explicitly enforce the county auditor’s ability to access information needed to perform complete audits. While the charter currently implies the auditor’s timely access to all documents and personnel needed for a performance audit, this amendment would explicitly add that expectation to the charter. The change would also add a “right to audit” clause for all county contractors.

The committee recommended that voters approve an extension of the review process from 11 months to 18 months, and change the way committee members are selected. Currently, committee members’ applications are chosen by state legislators whose district overlaps with Multnomah County. However, because of the different ways state and county boundaries are drawn, this selection process has led to imbalanced representation of each county district in the Charter Committee. The committee is suggesting that county commissioners, who each represent a geographic area, select the committee members to better represent the county.