Health officials believe the ban could limit the number of youth who start using nicotine through flavored products. 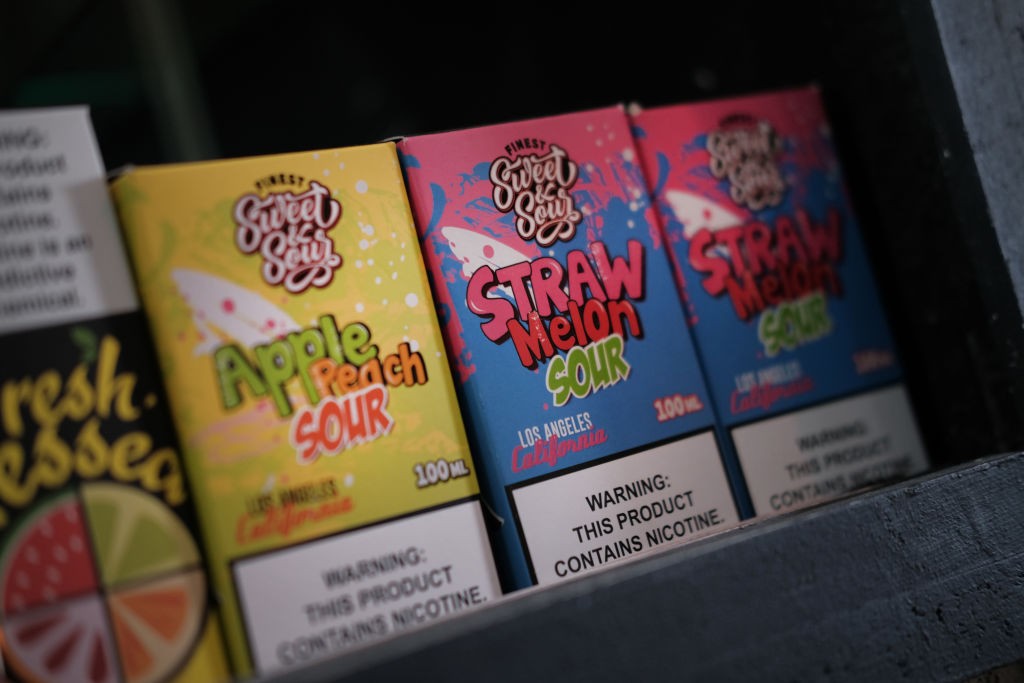 Multnomah County renewed its effort to ban flavored nicotine products, including flavored vape liquid and menthol cigarettes, this week. Multnomah County commissioners first considered this ban in 2019, but the rollout was delayed by the pandemic.

“This is an industry and addiction that relies on recruiting new users, and flavored tobacco plays a key role there,” tri-county Health Officer Jennifer Vines said in a presentation to the board Tuesday.

According to Oregon Health Authority data, there is a growing prevalence of youth who use nicotine products. In 2013, one in 11 high school juniors in Oregon reported vaping. In 2015, that number rose to one in six, and national data estimates that approximately one in four current high school students in the US uses e-cigarettes—devices that release nicotine as a vapor as opposed to burning tobacco like a standard cigarette. Data also shows that those young smokers overwhelmingly use flavored nicotine products, with 80 percent of smokers aged 12 to 17 reporting using flavored products compared to 29 percent of smokers 65 and older.

During her presentation to the board, Vines showed several nicotine and tobacco products that mimic candy flavors and packaging, like gummy bear vape fluid that had gummy bears on the packaging.

Flavored nicotine is easy to find in Multnomah County, with 99.6 percent of retailers in the county selling at least one flavored product and 73 percent of those retailers offering a price promotion on the flavored products. Vines cited an example of three chocolate and vanilla flavored cigarillos, or mini cigars, being sold for 99 cents—cheaper than most candy bars.

When the US Food and Drug Administration banned flavored cigarettes in 2009, the ban specifically made an exception for menthol cigarettes, which Vines considers a “starter product.” Menthol cigarettes are also used mostly by younger smokers, with 53 percent of smokers between the ages of 12 and 17 reporting using the product compared to 32 percent of smokers between the ages of 35 and 49, according to anti-smoking organization Truth Initiative. Menthol cigarettes are also disproportionately used by smokers of color, particularly Black Americans, due to targeted marketing campaigns by the tobacco industry.

Multnomah County considered a ban on flavored e-cigarette liquids and tobacco products in late 2019 following a series of severe vape-related lung infections throughout Oregon and the nation. Nationally, nearly 70 people died of a vape-related fungal infection of the lungs.

While vaping can pose health risks, it is also widely used as a way for smokers to stop using cigarettes. Vines said that, as a physician, if she had a patient who was a heavy cigarette smoker, she would view that patient transitioning to using e-cigarettes as a step in the right direction because they would no longer be inhaling toxic carcinogens that are present in cigarettes.

“There is no question that combustible tobacco in general is worse for you than vaping,” Vines told the board. “That is true for an adult heavy smoker who is choosing a harm reduction path through vaping. That said, the FDA has yet to endorse vaping products or electric cigarettes as a nicotine cessation aid.”

Vines noted that because nicotine-only products are still newer to the market, there is not conclusive research on the health impacts of e-cigarettes. However, Vines called the health effects of youth using nicotine while their brains are still developing “concerning,” especially when the nicotine is accompanied by vape liquid.

“My bottom line is that nobody wins when a bunch of young people are drawn into nicotine addiction, whether they are vaping it or whether they go on to smoke combustible tobacco,” Vines said.

While the COVID-19 pandemic interrupted and delayed the county’s plans to move forward with a ban on flavored nicotine and tobacco products, it also underscored the importance of addressing underlying health conditions in the region that made people more susceptible to the illness. According to the American Heart Association, COVID patients who reported smoking were 45 percent more likely to die and 39 percent more likely to be put on a ventilator compared to non-smoking COVID patients.

On Tuesday, Multnomah County Chair Deborah Kafoury directed county health officials to develop proposed policy language to prevent the sale of all flavored nicotine products by the end of September.

“We know that there are lots of businesses in our community making money off of these products, but at some point we need to say enough is enough,” Kafoury said. “After two years of a deadly respiratory virus that is exacerbated by smoking, I am personally ready to say enough.”

If the ban moves forward, Multnomah County would become the second county in the state to ban flavored nicotine products. Washington County voters approved a ban on flavored tobacco including menthol cigarettes starting in 2022, but a judge temporarily blocked the ban in July, arguing that it irreparably harmed businesses like convenience stores and hookah bars.

Multnomah County residents can provide input on the proposed ban on a county webform.