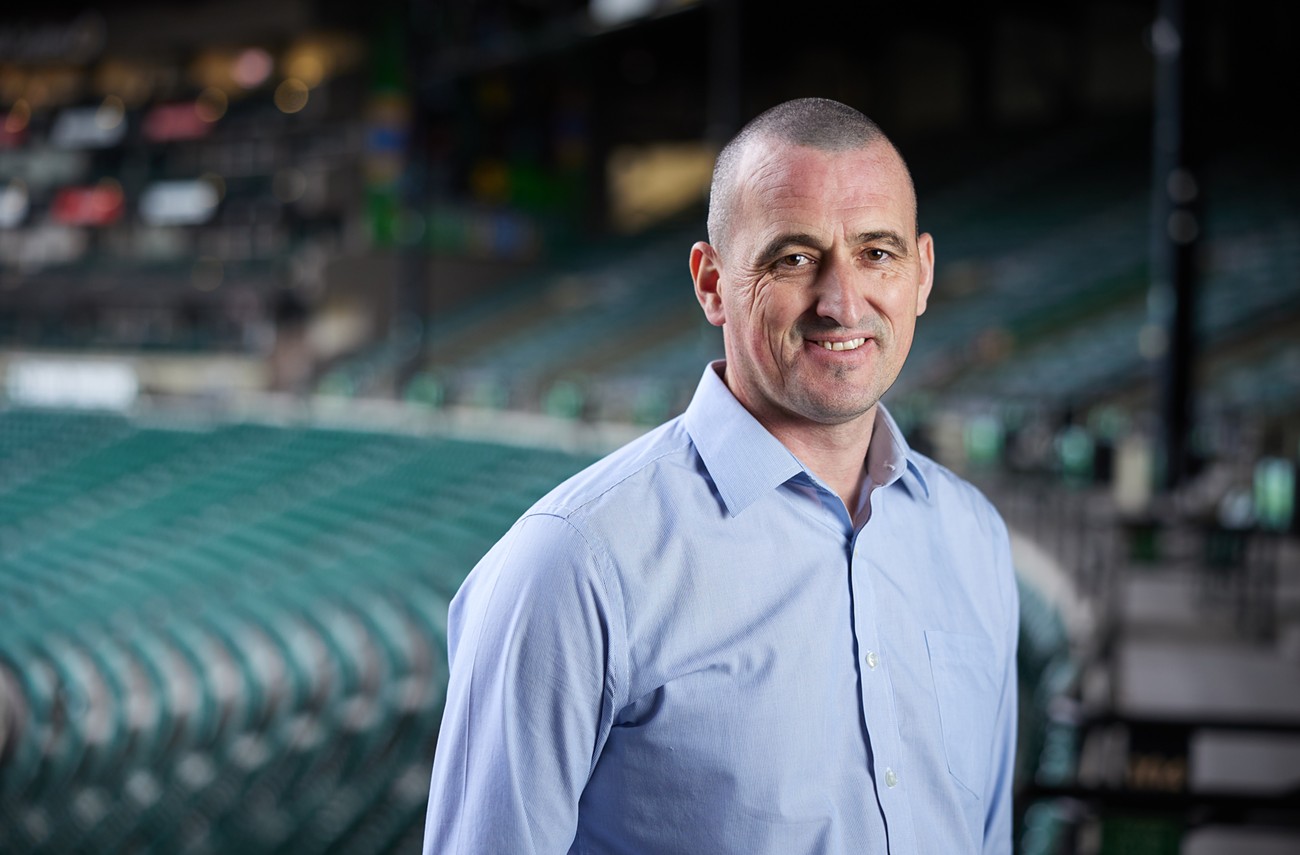 The Portland Thorns announced Monday that the club has hired Mike Norris as its new head coach, elevating the former assistant coach at a time of major upheaval.

Norris, 43, arrived in Portland last year to join the staff of former Thorns manager Rhian Wilkinson after a decade-and-a-half based in British Columbia coaching in Canadian soccer.

The Thorns won the National Women's Soccer League (NWSL) championship in October 2022 after Wilkinson’s first season as head coach, but, just weeks after that triumph, Wilkinson resigned as it was revealed that she and Thorns defender Emily Menges exchanged text messages expressing romantic feelings for each other in October.

An NWSL investigation cleared Wilkinson of any wrongdoing, but the coach told The Athletic that she’d lost the trust of her players.

“Once you’ve lost the locker room, which I have, there’s no return,” Wilkinson said.

The search for a new head coach was led by Thorns general manager Karina LeBlanc, a former international teammate of Wilkinson’s who joined the club just over a year ago in the fallout over the Paul Riley sexual misconduct scandal.

LeBlanc said the club reviewed previous applicants for the Thorns head coaching role and spoke with several other candidates, but that Norris emerged as a “no-brainer” choice to take over.

“I think the big thing that stood out for us, thinking of player safety, [was] getting that continuity from winning the championship last year,” LeBlanc said at a press conference on Monday. “Mike was loved by the players, loved by the club, and I think it was the perfect transition to have Mike come in and lead.”

Norris has spent years coaching in North American soccer after moving to Canada in 2006, but this will be his first top-level managerial job. Prior to his arrival in Portland last year, Norris spent three years as the Canadian women national team’s set play and goalkeeper coach and helped the team to an Olympic gold medal in Tokyo.

Norris is English, originally from Newcastle, but he has connections to multiple key Thorns players through his time with the Canadian national team. Thorns captain Christine Sinclair and forward Janine Beckie both worked with Norris while playing for  the Canadian team in Tokyo. LeBlanc also represented Canada as a player through 2015.

LeBlanc said that the Thorns players the club spoke to before making the appointment were enthusiastic about the hire. Multiple Thorns players, including Beckie and forward Sophia Smith, took to social media to praise Norris following the club’s announcement on Monday.

a great coach and a great human, excited for another season in rose city!🌹 https://t.co/vQCPJVaymA

Norris, an avid cyclist, said that player buy-in was critical in his decision to take the job.

“It speaks to the connection I think I built last year and the trust in terms of how I work with the players—obviously with some it came a bit quicker, some it takes a bit more time—but it means a lot,” Norris said. “Obviously I think we all have a little bit of imposter syndrome at times, but to get that public support, it means a lot.”

On the field, Norris will have the privilege of working with one of the NWSL’s outstanding teams. The Thorns won the club’s third NWSL championship last season in Washington, D.C., capping off a campaign in which the club scored a league-best 45 goals and finished second in the regular season table.

Off the field, Norris will be working to navigate an exceptional array of challenges. At the beginning of December, embattled owner Merritt Paulson announced that he is planning to sell the Thorns in the coming months but retain control of the Portland Timbers—injecting the Thorns’ future with a measure of uncertainty.

Paulson’s decision to sell came after investigations of the league by U.S. Soccer and the NWSL Players’ Association found that Paulson and his top lieutenants covered up the abuse of and perpetuated the career of Paul Riley, a former coach accused of harassing, intimidating, and sexually coercing players including while he coached in Portland in 2014 and 2015.

Both the Rose City Riveters and the Timbers Army called on Paulson to sell the club last year, with a significant segment of supporters struggling to balance feelings of fatigue and disillusionment with the team’s ownership and management with their desire to support the players and coaches.

When Paulson announced his decision to sell the Thorns in December, he also announced that he would donate $1 million to the NWSL to set up a player safety department.

On Monday, just before the Thorns announced Norris’ appointment, the NWSL announced that the club was being fined $1 million for its role in the abuse scandal and that Paulson’s so-called donation would cover the fine.

The league also announced Monday that several individuals, including Riley, are banned from the NWSL for life. The league said that it will “work collaboratively with [Paulson] to ensure that the club is transferred in an expeditious and appropriate manner.”

The sale could have major structural implications for how the Thorns are run. The Timbers and Thorns were operated as two parts of the same club under Paulson, sharing front office staff and facilities like Providence Park. The sale of the Thorns would change that, though Paulson has said he will provide favorable terms for the Thorns to continue playing their home games at the stadium.

LeBlanc said on Monday there is no update on the ownership situation, but that Norris is familiar with the impact of the Riley scandal and Wilkinson’s resignation from his time in Portland last year—critical context for the coming season.

“I know Mike’s coming into this knowing the path, and I think that’s one of the advantages here,” LeBlanc said. “We’re not saying we’ll be perfect in it, but we’re being very intentional in making sure that the players feel seen and heard, they feel safe, and this is a club that they’re proud to play for.”