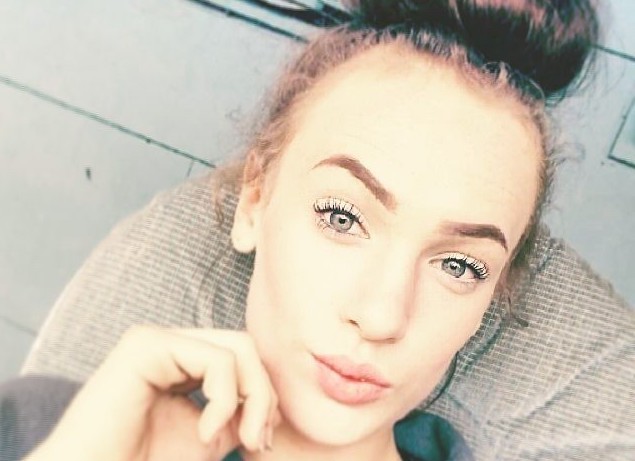 Our society’s obsession with true crime narratives can often lead down a dark path—whether that’s the creepy romanticizing of murderers or ugly stereotyping of victims or the blind endorsement of abusive policing strategies. What’s often lacking in those gripping stories—wrapped up in a TV series or a spooky podcast—is a deeper look at how they involve and impact marginalized communities. KGW’s Should Be Alive podcast uses the 2019 murder of a Vancouver, Washington teen to do just that. The six-episode series centers on the life and death of Nikki Kuhnhausen, who was 17 years old when she was killed by a man named David Bogdanov who she had just met. Bogdanov murdered Kuhnsausen after he discovered she was transgender. In the aftermath, Kuhnhausen’s death spurred the passage of a new Washington law dubbed “Nikki’s Law” which prevents Washington residents from blaming criminal acts on their discovery of a victim’s actual or perceived gender identity. It was signed into law before Bogdanov’s trial, so he couldn’t rely on the argument. In September 2021, Bogdanov was sentenced to nearly 20 years in prison for Nikki’s murder. Should Be Alive unpacks this narrative through a collection of court recordings, police interviews, news clips, discussions with legal experts, and one-on-one interviews with Kuhnhausen’s family and friends. Hosted and written by KGW news anchor Ashley Korslien, who has produced other award-winning true crime podcasts with KGW, the podcast includes new information on the investigation and a broader conversation about anti-trans laws and legal arguments across the US. More importantly, the series handles Kuhnhausen’s story with the kind of investigative vigor and compassion granted any main character of a gripping crime podcast while avoiding harmful LGBTQ+ tropes or judgment. We spoke with Korslien about the process of developing the podcast and the impact she hopes it’ll have on its listeners. PORTLAND MERCURY: What made you decide to center your show on Nikki’s case? KORSLIEN: There were a lot of reasons, one being the elements of her story. Most importantly, her family was on board to tell her story, which was fundamental to us even going forward with the show. And then, the fact that Nikki’s murder led to legislation in Washington, that gave us a news hook. We also had audio from the trial and audio from two different police interviews with the suspect, so the narrative really lent itself to longform audio. How did you initially approach telling this story? I initially reached out to an advocate for the family and the lead detective before the trial began [in 2021]. It took a while—I didn’t pester, I was patient. You have to be careful around reporting when a trial is still ongoing. Ultimately, Nikki’s mother agreed to do an interview once the trial was over, which of course was re-traumatizing to her. The interview took all afternoon, and I could tell it was really painful for her to recount. As a journalist, it’s really important to recognize that you’re asking questions about someone's real life and real trauma and let them steer the interview. You aren’t entitled to anything. Sometimes when media outlets cover a trans person, reporters go over the top trying to explain what being trans is to their readers, even if it’s not the focus of the story. I noticed you didn’t do this with Nikki’s story. No. I don’t think we need to hand-hold readers and be so explicit about trans people, as it only adds harm to the community we’re writing about. I mean, Nikki’s body parts are not relevant to the story. Neither is going into detail about her transition. We interviewed some people who talked about Nikki’s early years, before she transitioned, but we didn’t feel the need to use any of that because that wasn’t relevant to the story. We were very intentional about how everything was written to be respectful and straightforward. And, of course, we were very careful to never deadname Nikki. From the very beginning I researched best practices in how to cover this topic. I was fortunate to have a few people in Nikki’s inner circle sit down with me and help answer questions to make sure I was being sensitive and careful in my approach. Sometimes we overthink things as journalists and it’s easy to fall into harmful errors.

In the podcast, you reflect on how the media portrayed Nikki’s disappearance as new info came out. Does looking back at that make you feel like local media could have covered it differently? I think at the time, in the community, there was this sense of ‘Well, Nikki is transgender so therefore she must have been so damaged that she ran away.’ That there wasn’t anything sinister about a runaway trans teen. That, to me, was unfortunate, and it lends itself to transphobia. Missing trans teens don’t often get the same level of scrutiny as, say, a cisgender teen girl that dissappears. When we learned what had ultimately happened to Nikki, it really opened my eyes to how we covered this. Going forward, it does make me think a lot more about how we cover stories about missing kids. How do you want this series to inform storytelling around trans murder in general? I really want to highlight the life Nikki lived, not just let her be defined by how she died. I want people to remember that she was a child. The fact that a child was murdered for just being who she was, I hope people take that to heart and examine their own preconceived biases. It also feels important telling Nikki’s story in the true crime genre, which is often lacking representation of marginalized communities. I hope that this can help start conversations about how we can broaden the types of stories we tell under that genre. At the end of the day, this is highlighting a very serious problem about the rising number of assaults and murders of trans people. What audiences are you hoping to attract with this series? It’s targeted to a true crime audience, which can include a lot of people who are close-minded to LGBTQ+ issues. So, I want them to hear this. But I also hope that the LGBTQ+ community feels they’re getting a voice through this story. I hope they’re listening.

What lessons have you taken from the process of creating this podcast? I’ve learned a lot about the systemic barriers that trans people particularly face. I was aware on a surface level, but it came full circle with this story. I was able to really hear how the stigma affects people's lives. And, as a human being, telling true crime stories—I really see how the trauma impacts everyone's lives. It never gets easier to tell these stories but I feel humbled to be able to give Nikki a voice. I hope that her story sparks something in people that listen and makes this world a kinder world.

Listen to the first episode of Should Be Alive: