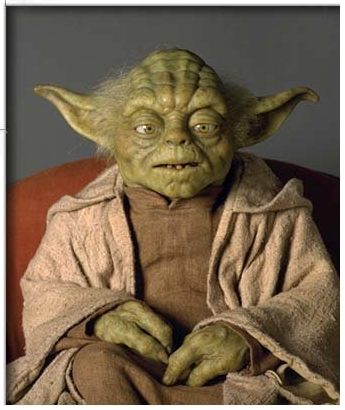 When the Star Wars Blu-rays come out next month, god knows how many tweaks will be in 'em ("Of course, every time we watched the movies, George would find something that he wanted to change," Skywalker Sound's sound editor Matthew Wood told Home Theater Forum), but at least one of those changes will be good: There'll be a CG replacement for that godawful Yoda muppet from Episode I.

SETTLE DOWN, SELF-RIGHTEOUS STAR WARS DWEEBS WHO DON'T EVEN WATCH STAR WARS ANYMORE BUT LOVE TO COMPLAIN ABOUT THE PREQUELS: Frank Oz's puppet Yoda will still be in Empire and Jedi, but the busted-ass version they crammed into Phantom Menace has been replaced with the CG frog from Clones and Sith. (And with that sentence, I hang my head in eternal shame.) Which, again, is a good thing: There's no doubt that Oz's Yoda is fantastic in the original movies, but in Phantom Menace, it was glaringly obvious that it'd been so long since anyone used a puppet that they'd kind of... just... forgotten how to do it. Of all the (justified) complaints about Phantom Menace, the fact a beloved Jedi master was made to look like a wobbly, cross-eyed piece of shit is one of the more overlooked ones. Via io9:

Loath as I am to say it, Lucas' nonstop tinkering did some good this time around—anything that makes Episode I even slightly less goofy is alright by me. Though I'm still confused as to why, when they were making a younger version of Yoda, they didn't make him look (A) actually younger, and (B) kinda badass, like it looks like they were thinking about at one point: 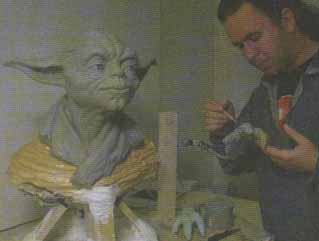 My name is Erik, and I am 31 years old, and I just spent entirely too long thinking about all of this.