Renée Lopez’s My Life Through My Lens

In Her First Gallery Show, the Local Photographer Captures the Vitality of Portland’s Communities of Color

WRITING OFF 2016 as the worst year of the century may ring true for many, but for Northwest native Renée Lopez, it was the year her passion for photography became a full-time career.

Though giving up the steady promise of a day job’s income felt risky, Lopez has made a habit of stepping outside her comfort zone, and the decision to focus on photography proved to pay off quickly. Since last year, demand for her craft has abounded and she’s worked tirelessly to build a steady following for her photography business, Miss Lopez Media. Using the lens of her camera to capture the experiences of people of color in Portland, she locates her diverse range of works at the intersections of art and activism—and now, for the first time, in a gallery.

The three-part exhibit My Life Through My Lens opens this Friday, February 10, and showcases the robust body of work Lopez has created in the very short time since she took the leap of faith to pursue her art. Each section of the show highlights the three subjects that shape her photography: music, activism, and women/LGBTQ people of color.

A staple of the city’s thriving hip-hop community, Lopez is often rooted squarely in the front row of shows where she captures budding artists like Mic Capes, Blossom, and Glenn Waco. She’s also been a key organizational member of Portland art and activist collective YGB and has archived their events both through intimate photo booth experiences and general documentation. As Andre Middleton, host of the KBOO show Art Focus, describes it, Lopez’s approach to photography is “[a]s a member of the community. There isn’t that artificial wall between. This isn’t like ‘I’m on a safari taking crazy pictures’ [but rather] ‘I’m the tree. I’m the dirt... I’m right there with you.’”

It’s this sense of community and love that permeates every frame. Lopez’s commitment goes beyond the confines of art, and she isn’t afraid to take her camera directly into the streets with her as she moves through protests with Black Lives Matter and Don’t Shoot Portland organizers. She’s also reached out to dozens of women of color living in the city over the past year for a portrait series that will hang on the gallery walls alongside her other collections at Union Knott.

The space will host a special dedication night for women and LGBTQ people of color on Friday, February 17, and another for the hip-hop community on Friday, February 24. Details on musical accompaniment are still under wraps, but a quick browse through Lopez’s portfolio can assure anyone it’s bound to be incredibly good.

Tags: Visual Art Emilly Prado
If you enjoy articles like this, please help the Mercury continue our mission of providing up-to-the-minute information, progressive journalism, and fun things to do in Portland by making a small recurring monthly contribution. Never forget: Your help is essential and very much appreciated!
CONTRIBUTE NOW 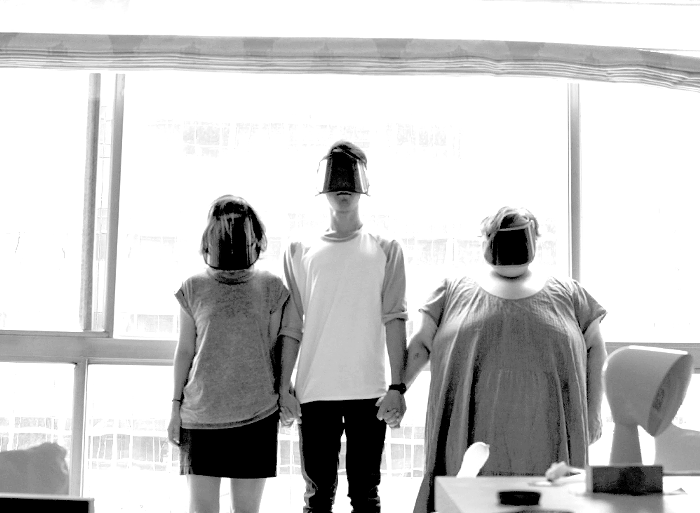 The Bold, Vibrant Colors of Portland’s Spring Gallery Shows Are a Reprieve from Our Hibernal Wintertime Grays