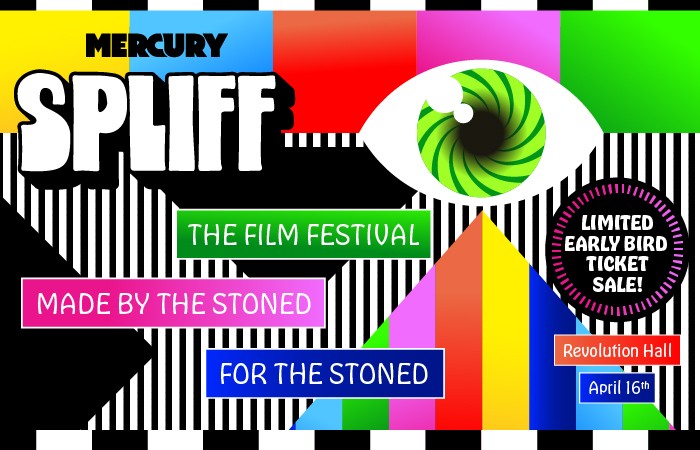 HELLO WEED LOVERS! This Saturday (April 16), it's the stone-iest time of the year... the the SPLIFF Film Festival—featuring short, hilarious, trippy, and thoughtful mini-movies about cannabis, made by stoners just like YOU!

The fourth installment of SPLIFF debuts at Revolution Hall for ONE NIGHT ONLY, this Saturday, April 16 at 8 pm—so a sell-out is very possible. Don't be left out of the fun... GET YOUR TICKETS NOW AND HERE!

Tags: Cannabis
If you enjoy articles like this, please help the Mercury continue our mission of providing up-to-the-minute information, progressive journalism, and fun things to do in Portland by making a small recurring monthly contribution. Never forget: Your help is essential and very much appreciated!
CONTRIBUTE NOW