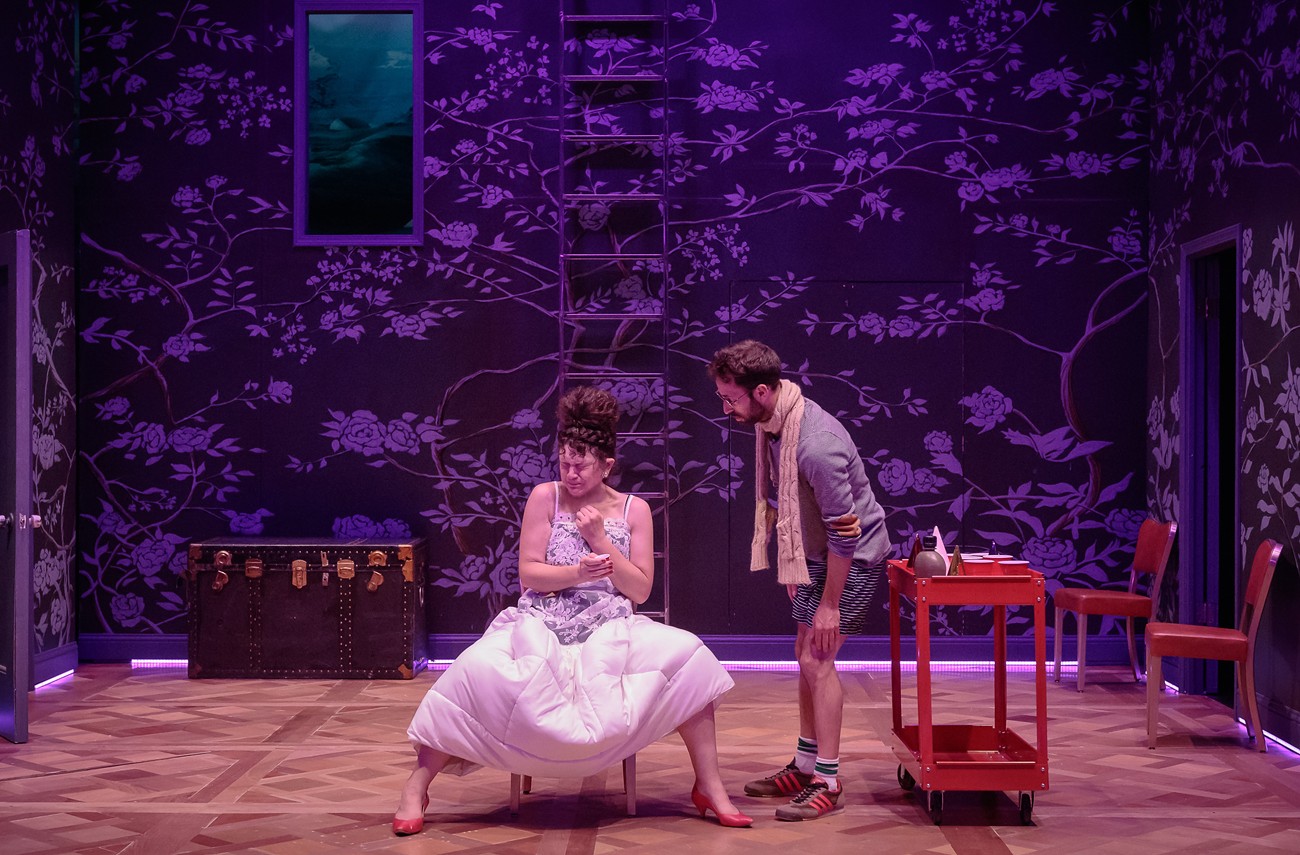 It would be easy to go on at length about Portland Experimental Theatre Ensemble (PETE)'s latest production. The Cherry Orchard is a dense play, and PETE gives it an appropriately layered treatment—positively stuffed with meaning, movement, and energy.

It has haunted qualities (people skulking around under bedsheets), nostalgic monologues (frequently interrupted), and an underlying through-line of class and generational differences, expressed in each character's footwear. Like I said, you can go a lot of places with it, and all in a trim 90 minutes of fourth-wall breaking action.

PETE's version of Anton Chekov's final play—which uses a translation by Lewis and Clark Professor Štěpán Šimek—cuts some of the work's roles and scenes to achieve that no-intermission sweet spot. This reshaping reinforces the theatre company's longstanding reputation for adapting works in interesting ways, with beautiful sets and sound scapes—then filling them with deft, tragicomic movement work.

For instance, in a flip of the script-intended temperature, 20 degrees Celsius became 20 degrees Fahrenheit. The stage is surrounded on three sides by an arctic landscape, and anytime someone opens a door to the one-room stage, all the actors move as if blown by incredible winds. 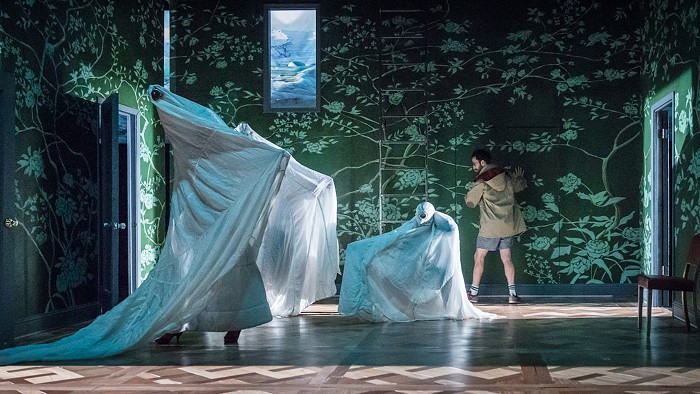 The Cherry Orchard is Chekov's final play and his symbolic eulogy for Russia's aristocratic class. Over the course of an—in PETE's eyes—arctic summer, a penniless aristocratic family returns to their estate, on which sits an enormous cherry orchard, to try to pay off the property's mortgage. But none of them seem to understand how to earn money. Yermolai Lopachin (Jacob Coleman), a businessman whose father and grandfather were servants on the estate, tries to help them out of nostalgic fondness, but becomes frustrated when they don't recognize his plan nor his newfound, monied status.

Like the script, PETE's stage has layers too. Just outside the nursery doors, still visible characters engage in ghostly pantomime. Luyba Ranyevskaya (Amber Whitehall) rolled slowly along the edge, looking like a pill bug in her oversized white coat, with her knees tucked and red heels poking out.

"We call these spaces the 'alleyways'" Whitehall told the Mercury. "These are extra moments of expressive gesture. They are about the inner life of the characters."

Each of the characters has an "alleyway," but Luyba and Lopachin both set the bar with their leaps, tumbles, and fourth wall breaks. Lopachin is the first to break it. Then Lubya sends torn up papers fluttering off the stage's edge. In another scene, Varya (Rebecca Lingafelter) requested the audience serenade her with a Beyoncé song.

It's possible to watch and enjoy on a number of levels: the physicality, the humor, the aching sorrow, all that white powder on Leo's (Cristi MIles') face, accepting the doom, ignoring the doom, and perhaps even with growing concern for the hollowness of the burgeoning merchant class.

PETE's Cherry Orchard is a lot of fun, and breathes respectful, new life into a play that some consider the best ever written, and others simply remember as a play they had to read in college.