Welcome to the A-List

Scarlet Begonias Makes it With the Details

comes down to the details. Sure, there are countless dining facilities capable of producing delicious, well-prepared food. But who can wrap it all up in a pretty package and present it to you as if a precious gift to a foreign dignitary? Who can make it count?!

And what do I mean by details? Well, at S.B.--which is is a small, French restaurant off of NW 21st--there's food on the table within minutes of arrival; on a recent occasion, we were given crunchy crostini topped with crabmeat. We discovered, upon close inspection, that our water had been infused with cucumber juice, but this special water was poured only before and after the meal. Bread was from Pearl Bakery--delightful, of course--and was served with unusually creamy, high quality butter. If I were imprisoned, I would gladly eat nothing but bread and water if Chef Ronny Vance were in charge of catering.

Here in the free world, though, we also have wine, appetizers, entrees, and desserts. My waiter, having recently moved up from San Francisco, had the wine acumen expected of a Bay Area refugee. He guided us toward the Eugene Valley Pinot Noir, which was excellent, and a fine compliment to everything we ate.

My avocado vichyssoise was a wonderful summer dish. It was as creamy as can be, specked with crème fraîche, and evoked a mild, but pronounced, avocado flavor. I lost interest after a while, but that may have been due to the generous portioning.

For entrees, I went with the Chinook salmon. It had been crisped on the outside due to skillful pan searing, but remained smooth and buttery on the inside. The levels of salt in this dish, and indeed in most everything else, were right on; management is so justifiably confident about this that there are no saltshakers on the tables. The salmon was given a subtle Asian treatment, paired with roasted baby bok choy and some kind of soy ginger "consommé." It worked.

Another entrée of seared duck breast over a crêpe filled with brie, on top of sliced Granny Smith apples, was as French as can be, but had somewhat of lunch-like quality to it--it would make a spectacular sandwich. While there was much to like here, overall this dish didn't wow me. The crêpe itself was marvelous, as was the reduction sauce on the bottom of the plate, but the duck was just a bit shy of tender.

The chef came to visit after our entrées, as he did to every other table, and implied that leaving without sampling the crème brêlée would be heretical. Once again, the confidence of this kitchen was warranted. It was dazzling, with its crisp caramelized top crackling above a supple, vanilla-specked custard. The last detail--there were but five dots of a sour, milky sauce, two of which were chocolate, and that was all that was needed to broaden the flavor profile of this dessert.

So you see, at S.B., service is excellent (and detail-oriented), atmosphere is dark, intimate, and attractive, and the food is generally superb and well conceived. The nine-month-old Begonias seems to have grown into its own skin, taking its place in the upper echelons of Portland dining. 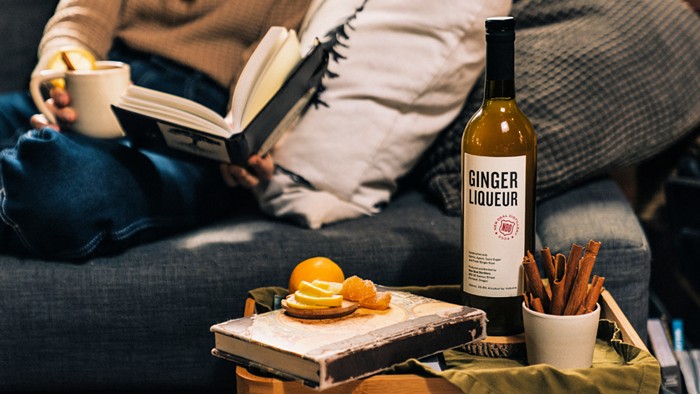