Scenes From The Hollywood Transit Memorial 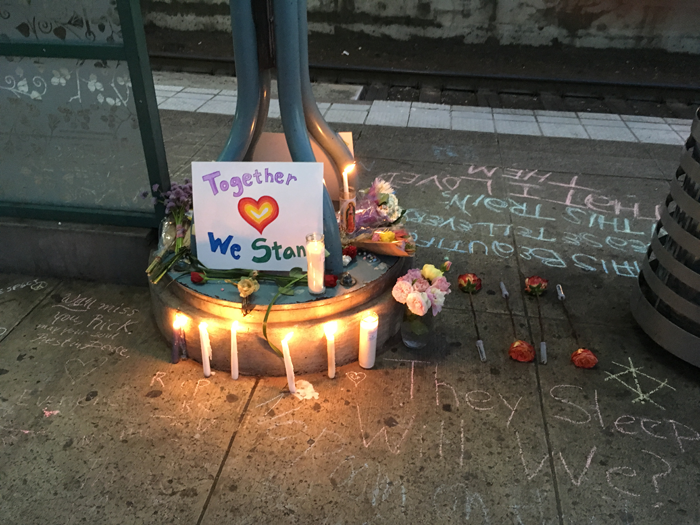 At 6:15 PM on a 90-degree Saturday afternoon the Hollywood Transit Center already felt full to the brim. The square lawn of grass, facing NE Halsey, overflowed with mourners, filling the bus channels behind it and the tiers of stairs connecting to the MAX train platform. Hundreds sat or stood in a wide circle—there were likely a thousand people in the whole crowd—with representatives of various government and community organizations as well as with some family of Friday's slain heroes at the center.

Impromptu monuments were piled high with flowers. The store bought bundles were wrapped in plastic but many bouquets seemed fresh from people's home gardens, the roots wrapped in damp paper. These were the gestures of thoughtful neighbors assembling to pay respect to the three heroes that were stabbed Friday, after they stood up in defense of two teenage girls—one of whom was Muslim and the other Black. 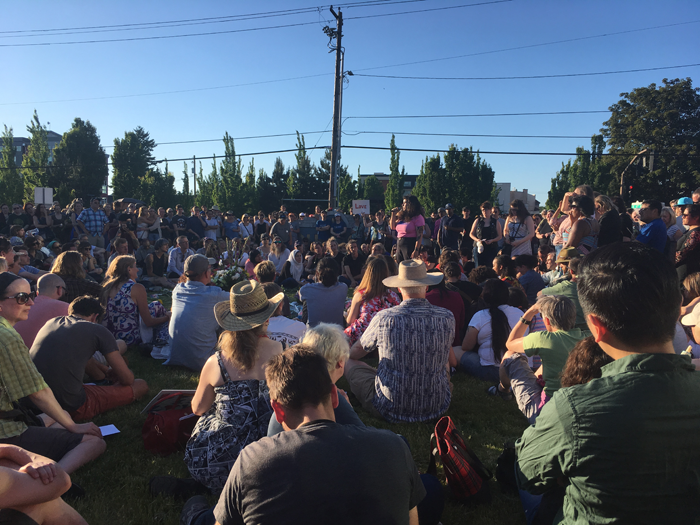 Without much hierarchy, the memorial circle took testimonials. A woman introduced herself as a neighbor and declared, “I am here because my heart is broken.” Another addressed the family of Taliesin Myrddin Namkai Meche, calling attention to his heroism. There were people who worked nearby who expressed their feelings over just missing the attack. Another neighbor called upon the crowds to, "not let fear conquer." 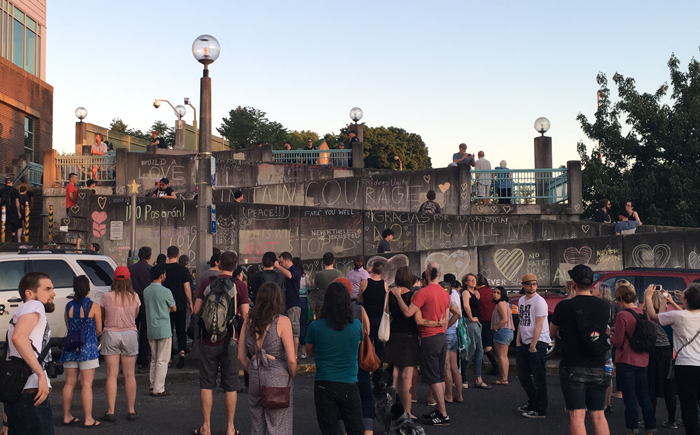 It was difficult to hear almost all the speakers. The small PA system proved no match for the size of the crowd. Anti-Nazi leaflets were passed around. Isolated shouts interrupted some testimonials but the prevailing behavior was of quiet reverence and sorrow. One woman stood up and tried to talk about freedom of speech and how—in order to have such a right—we need to allow all kinds of speech. The crowd booed her and a moment of silence was called to settle things.

Other things that happened that might be important or funny or beautiful: Mayor Ted Wheeler left the memorial abruptly after a woman brought up the recent shooting of Terrell Kyreem Johnson by transit police. When Namkai Meche's family retired from the crowd everyone sang "We Shall Overcome" to them. A man asked everyone from Portland to raise their hand and I forgot that I am not from Portland and raised my hand. A woman said "fashionism" instead of fascism and people were very nice about it. A man who recently moved here from Poland encouraged everyone to read Howard Zinn's A People's History of the United States. A woman sang Violeta Parra's "Gracias a la Vida" and it was WONDERFUL. 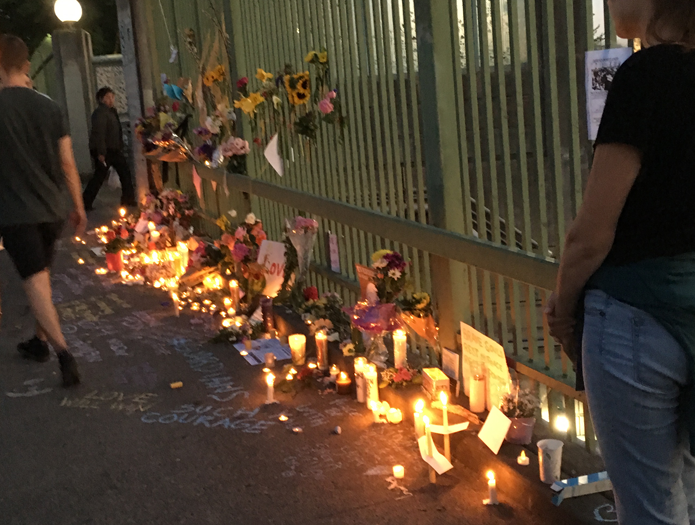 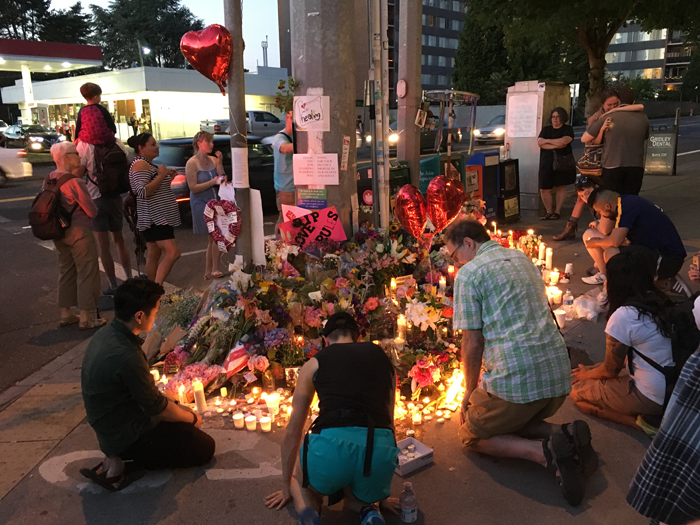