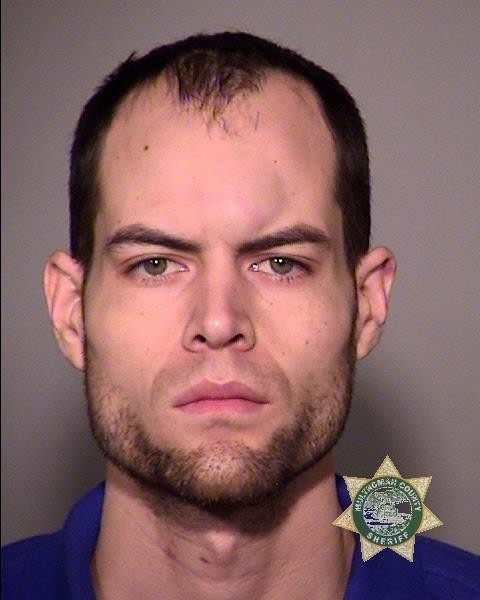 A man at a Portland strip club is accused of firing his gun at least seven times in the parking lot of a Southeast Portland strip club last Wednesday, shortly after witnesses say he ranted about how "that DJ is racist to me because I am white" and threatened to kill a bouncer, who the man accused of being a gang member.

Daniel Frank, a 31-year-old Newberg resident, was charged on Thursday with two felony counts of unlawful use of a weapon for the encounter at Mystic Gentlemen's Club on Wednesday night. He was released shortly later, records show, ahead of his December 14 arraignment.

A Mystic bouncer told police that Frank was acting weird after entering the club and that he had "strange interactions with some of the female entertainers," a probable cause affidavit for Frank's arrest says. When Frank went outside and went to a motorcycle, he tried to come back, but the bouncer wanted to check him for weapons again. That's when a witness reported Frank said "That DJ is racist to me because I am white" and yelling to the bouncer "Do you want to die bitch?! Are you a gang member?!"

The bouncer noticed the gun in Frank's waistband, it says, and told he had to leave. The bouncer gave the man's debit card from inside back to him. The bouncer said Frank yelled at him "You going to go gangster on me?"

When security called the cops, Frank "was yelling in the background and pulled out a gun, chambered a round and began shooting in the air" six times, the affidavit says. He then ran away, and fired once more.

The affidavit says cops found him shortly later in Clackamas and he threatened to kill an officer. He was released on Thursday, the day after the incident, records show.