Investigators recommended the staff members be placed on leave, but the team opted to fire them. 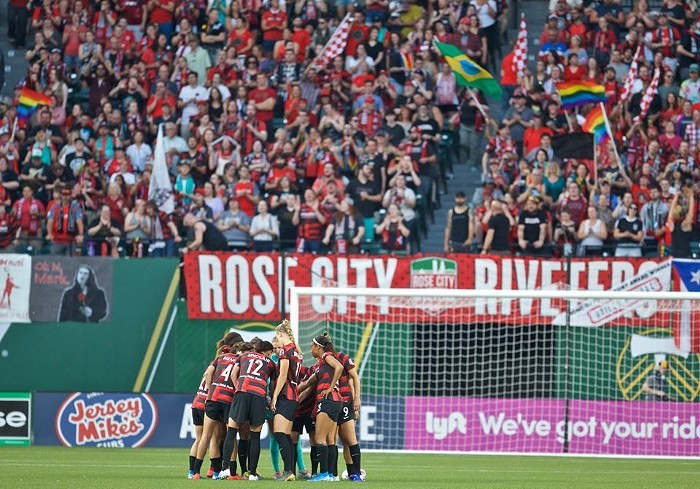 The Portland Thorns fired their head athletic trainer and an assistant coach on Tuesday after a National Women’s Soccer League (NWSL) investigation found that both staff members engaged in inappropriate conduct last year.

The NWSL recommended in its investigations that both Soubrier and Clough be placed on unpaid leave for a year, but the Thorns decided to fire them both instead.

The firings mark yet another scandal for an organization that has been beset by them since The Athletic first reported in September 2021 that former manager Paul Riley was accused of harassing and sexually coercing members of the club’s playing staff.

Since then, the club has experienced an extraordinarily tumultuous series of events: top executives Gavin Wilkinson and Mike Golub were fired, manager Riann Wilkinson resigned after expressing romantic feelings for a player, and owner Merritt Paulson resigned as CEO and announced in December that he would sell the Thorns while retaining control of the Portland Timbers.

After Wilkinson’s drawn out departure, Clough, a graduate of Oregon State, was one of the club’s longest-tenured servants. She initially joined the club as an assistant to former coach Mark Parsons back in 2016, and continued to serve on Wilkinson’s staff last year.

The league also investigated reports that Clough had bullied players, but did not substantiate them.

The league has suspended Clough without pay through the 2023 season, but she will remain eligible to work again in the NWSL if she “participates in training related to discrimination, harassment and bullying, demonstrates a clear commitment to correcting behavior and acknowledges wrongdoing and accepts personal responsibility for inappropriate conduct.”

According to the investigation, Soubrier administered a substance containing codeine to two players, one of whom did not give informed consent.

“Soubrier was found to have administered the controlled substance to the players on multiple occasions without a prescription and physician supervision which is a violation of federal and state laws and league policy,” a copy of the league’s investigative report obtained by The Oregonian reads.

The investigation also found that Thorns team physician Dr. Breanne Brown provided Soubrier with a different controlled substance at Soubrier’s request, but then told him that it should not be used and retrieved the substance.

Brown, who reported Soubrier to the league, is not facing a suspension or discipline from the club but will be subject to increased oversight from the NWSL’s chief medical officer for three months and then re-assessed.

Soubrier remains eligible for future employment in the league if he, like Clough, recognizes his misconduct. He also has been reported to the Oregon Board of Athletic Trainers and the Board of Certification and may be disciplined further by that body.

The fallout from Soubrier’s departure is complicated by the fact that he is married to Thorns and US national team defender Crystal Dunn, who wanted to come to Portland in part because Soubrier was working at the club. The couple had their first child together last year.

Soubrier and Dunn met while they were both employed by the Washington Spirit, another NWSL team beset by misconduct scandals over the last two years. The NWSL also ruled on Tuesday that former Spirit coach Kris Ward remains ineligible to work again in the league without the permission of the league commissioner.

Dunn scored a thrilling game-winning goal in the semifinal match against San Diego ahead of which Soubrier administered the controlled substance, celebrating with both Soubrier and their son Marcel on the field after the game—the Thorns’ last game of last season at Providence Park.

The firings mark a rocky start to the tenure of new head coach Mike Norris, who served alongside Soubrier and Clough on Wilkinson’s coaching staff last year and is now left searching for a new trainer and assistant coach shortly before the beginning of his first season as a professional manager.

With these two firings, only a handful of senior members from last season’s championship-winning technical staff are still with the club. Norris has been promoted, while former Timbers fullback Vytas Andriuškevičius remains as an assistant and former Thorns goalkeeper Nadine Angerer remains as the goalkeeping coach.

The club’s ownership situation, meanwhile, is in flux. Paulson has not made any public statements since his announcement that he would sell the team in December, leaving the Thorns with no clear timeline of when a sale might be completed and few details about how the ownership transition will affect the team’s operations when they’re not part of the same club as the Timbers.

The NWSL is set to begin its 2023 season on March 25, with the Thorns expected to open their preseason schedule several weeks before their first competitive game.