The decision follows a year of mounting pressure to sell after abuse allegations. 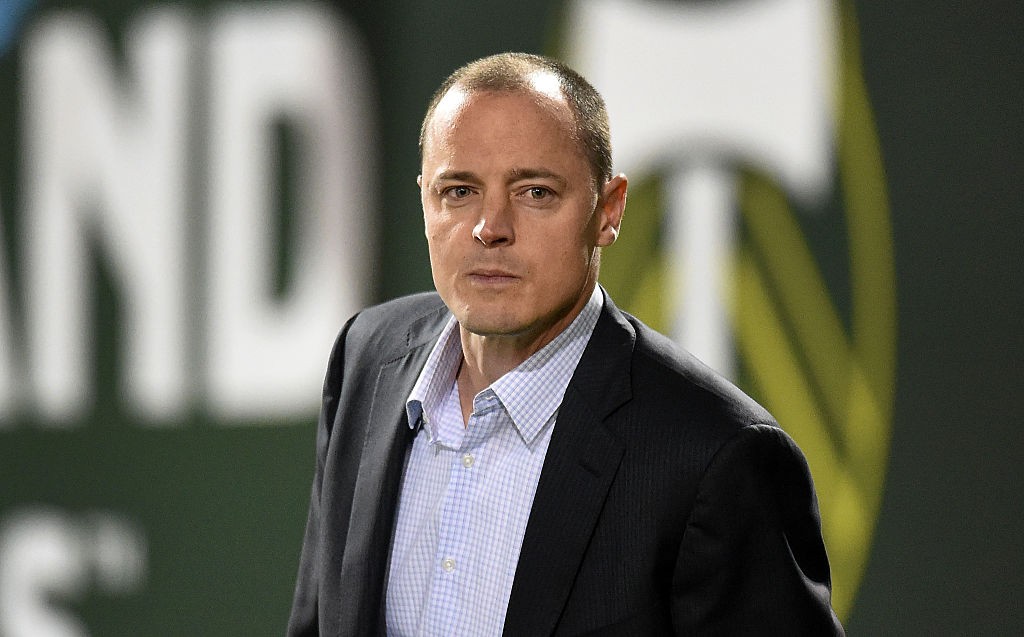 Merritt Paulson announced Thursday morning that he is selling the Portland Thorns, bringing to an end his stewardship of one of the country’s most successful women’s sports franchises in the aftermath of an abuse scandal that rocked the National Women’s Soccer League (NWSL).

Paulson’s impending sale of the Thorns, however, will not end his involvement in professional sports in Portland. Paulson is maintaining his ownership of the Portland Timbers, despite calls from supporters that he sell both teams.

“I believe it is in [the] best interest of the Thorns to have a new owner so that the Club can operate at the league level with a fresh voice to be a driving force for the NWSL,” Paulson wrote in a statement. “This has been a difficult decision for me, but I believe this is the best way to position the Thorns for continued success during this next chapter of the NWSL and the sport.”

There is currently no set timeline for the sale of the Thorns, though a group led by former Nike executive Melanie Strong is reportedly preparing to make a bid. The Oregonian and Willamette Week have reported that Paulson is seeking $60 million for the team.

For Portland soccer supporters, Paulson’s announcement brings mixed emotions. The Rose City Riveters, the Thorns’ supporters group, demanded that Peregrine Sports, LLC, the holding company established by Paulson and his father Hank, sell the team earlier this year after an investigation by U.S. Soccer found that the younger Paulson had helped cover up and perpetuate abuse in the league.

But Paulson’s decision to sell just the Thorns and not the Timbers means that the two teams, who have to this point shared facilities, front office personnel, and resources as two halves of the same club, will be cleaved from one another.

“As long as Merritt Paulson is an owner with a financial stake in EITHER club he is still in an unacceptable position of power and control,” the 107 Independent Supporters Trust, Rose City Riveters and Timbers Army said in a joint statement first reported by the Oregonian. “We continue to call for the sale of BOTH teams and for the sale, divestment, or removal of interest/control from all professional, development, and youth soccer leagues by Peregrine Sports….We are optimistic about the tremendous potential of the Thorns under new ownership and look forward to engaging with prospective buyers who can help realize that potential.”

Given how closely intertwined the operations of the two teams have been under Paulson’s leadership, it remains to be seen just how much the Thorns stand to lose from being separated from the more profitable Timbers.

Paulson has said in recent weeks that he is committed to ensuring the long-term viability of the Thorns, and promised in his statement that Peregrine Sports will offer “favorable usage terms” to allow the Thorns to continue playing their home matches at Providence Park.

Paulson also wrote that he wants to see any new ownership group continue the current ownership’s efforts to “secure a top-flight training facility.” The Thorns currently train at Providence Park, while the Timbers have their own dedicated training complex in Beaverton.

“I am fully committed to doing all that is necessary to ensure a smooth transition and the continued success of the Thorns,” Paulson wrote.

The road to Paulson’s decision to sell has been long and painful. In September of last year, The Athletic published an article in which former Thorns players Mana Shim and Sinead Farrelly alleged that former Thorns manager Paul Riley had sexually harassed and coerced them while coaching in Portland.

Shim complained to the club’s management, which investigated and fired Riley. But the Thorns never publicly stated why Riley had been dismissed, and top club officials including Paulson and then-President of Soccer Gavin Wilkinson spoke positively about him to multiple future employers.

The U.S. Soccer investigation, led by former Attorney General Sally Yates and published in October, recounted in further detail how Paulson and Wilkinson helped enable Riley and how Paulson presided over a culture of sexism and dishonesty at the club. It also reported that the Thorns attempted to impede the investigation, despite Paulson’s promises that the club would fully cooperate.

Asked by the Oregonian why he wrote to the Western New York Flash that he had “a lot of affection” for Riley in 2016, Paulson explained that he was being disingenuous.

“We live in a world in sports where you tell people congratulations when you don’t mean it,” Paulson said. “I knew enough at the time to never say anything positive about [Riley] being hired.”

In the same interview with the Oregonian, Paulson stressed that he was not forced to sell the Thorns and had instead arrived at his decision after a month-plus of deliberations and meetings with various advisors and club personnel.

But the pressure on Paulson to sell since the publication of the U.S. Soccer report has been unrelenting.

Every member of the Portland City Council, including Mayor Ted Wheeler, called for Paulson to sell the team, as did all three candidates for Oregon governor, the club’s most dedicated supporters, and, indirectly, Thorns captain Becky Sauerbrunn. Perhaps most importantly, a number of club sponsors either ended, suspended, or in some way altered their financial relationship with the club in the aftermath of the report’s publication.

Paulson initially said that he, Wilkinson, and former top executive Mike Golub would temporarily remove themselves from Thorns-related decision making. He then fired Wilkinson and Golub, and then stepped down as CEO of both the Thorns and Timbers prior to making this announcement.

His decision to sell the Thorns is unlikely to placate supporters who have noted that his ownership of the Timbers has also been fraught with controversy.

Under Paulson’s leadership, the Timbers failed to report an allegation of domestic violence against one of their players or discipline him in any way until the allegation was made public. Ten former employees earlier this year also accused Golub of creating a hostile workplace environment for women and working mothers.

But Major League Soccer (MLS) commissioner Don Garber, a friend of Paulson’s father, has steadfastly supported Paulson’s continued ownership of the Timbers and involvement in the men’s league. He said at MLS Cup in November that he didn’t “see any reason at all” why Paulson should have to sell the Timbers and that “nothing that came out in the report that would have us think any differently.”

The result will likely be the division of the Thorns and Timbers, with the Thorns facing a needlessly uncertain future and the Timbers still in the hands of a man who has lost the confidence of their supporters.

“I’m so proud of what the Portland Thorns have accomplished,” Paulson wrote in his statement. “I’ve had the honor to work alongside these incredible athletes as they’ve made history on and off the pitch. While this decision is not an easy one for me, I believe it is the right one for the Club, the league and Portland.”