This week in THE TRASH REPORT: "It's truly unreal how fucking hot [this gossip is]. Like it blows my mind."—Adam Levine As an infant, this woman lived harder than you ever will. Brian To / Getty Images Entertainment

Hello, "TRASH PANDAS!" If you missed it, last week I ran a poll on what to call you lot and my people have spoken:

Thank you for participating, and if you don't like being a "Trash Panda," maybe next time don't write in Jill Stein or whatever. Welcome to the first week of FALL where I think I speak for all the basic bitches when I say: mmm, cozy (ignoring it's still like 85 degrees.) What's happening out there? GLAD YOU ASKED.

The Most Important News of the Week!

News of Queen Elizabeth's death and elaborate funeral has dominated headlines for the last few weeks and has only lost the top spot because of a batshit text scandal starring Maroon 5 frontman Adam Levine. (Top stories aren't on top because they're important, okay?) A model named Sumner Stroh recently leaked some DMs from the married Levine which have become instant classics for their next-level cringe. They're like DMs you'd get and are like, ew, I bet this guy listens to Maroon 5, but like several levels beyond that, because he's in Maroon 5.

Another DM said "that body of yours is absurd. I may need to see the booty." While one could think that Levine is channeling a pirate complimenting an opposing group of pirates for their territory ("that body" of water) and their haul (the "booty"), I think Levine was trying to channel the slickness of the classic Nelly song "Hot in Herre," but blowing it because he's a white dad in his 40s. If you've ever taken your SATs, it's like this:

Good gracious, ass is bodacious : that body of yours is absurd, I may need to see the booty

NASA is currently blowing up an asteroid millions of miles away just to be sure that they could. While the news is great for us citizens of earth, the news is terrible for the celebrated oeuvre of films about what would happen if an asteroid was hurtling towards the earth, because now we know what to do. I keep pushing my pals at NASA to at least try my plan of letting a ragtag crew of oil drillers take a nuclear bomb up there, despite them not having any space experience, but they keep being like "who the hell are you?" and "how did you get into the NASA control center?" and "yes we are also sad about what's happening with Bruce Willis, but we don't really see how pulling an Armageddon is the best way to honor his legacy."

We Fail at Cottage-Core

Real estate prices are chilling out nationwide thanks to increased interest rates and some other economic indicators that I'm not smart enough to even try to reference here. So maybe now's a good time to buy? Inspired by this recent Architectural Digest tour of Sienna Miller's gorgeous English cottage, I decided to see what kind of cottage I could get around these parts. It's...not great: 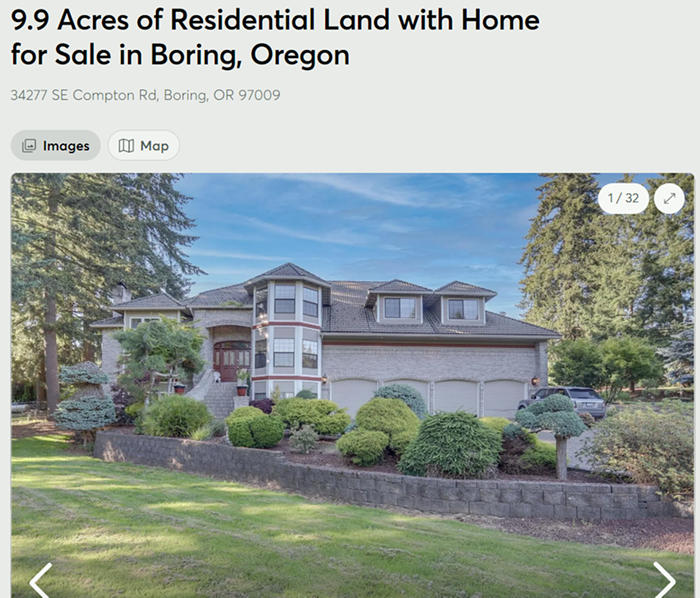 Instead of Miller's 500-year-old estate with a thatched roof and tiny rooms and the word "shire" in the land title and everything, an Oregon cottage is just a grody McMansion that costs 2.6 million dollars and you know that a hobbit would never live there.

We get to tease Oregon for its lack of centuries-old cottages because we live here, and we love Oregon. When Bill Maher puts our name in his mouth, we collectively snarl. On his "Old Man Yells at Cloud Show," AKA Real Time with Bill Maher, the host got all riled up about Portland Public School's based on some shit that a guy who doesn't even live here claims to have unearthed about gender constructs and colonialism. I'd rather read Adam Levine's sexts than Maher using the word "woke," but this column is about trash, so trash is what we shall cover. Maher said, "It’s like they finally discovered a unified field theory of wokeness, incorporating all their ideas about race, gay, gender and colonizers, like the New World was a great, big, diverse dance club, and the Pilgrims were the bridge-and-tunnel crowd who came in and ruined everything." My child currently attends a Portland Public School so I can confirm that in place of reading, writing, and arithmetic, they only learn race, gay, gender, and colonizers. It's like the 3 Rs for the 21st century, and instead of producing scholars who will go into STEM fields, today's students are being educated specifically to make Bill Maher angry. I, for one, am happy my child will be involved in such a righteous movement.

Speaking of old celebrities, the estate of the late great Betty White recently went on the market, and while most of the stuff has sold, it did give us a great window into her aesthetic, which is very... Betty White. Like if I were to design the home of a 100-year-old woman, it would contain all of these items. Except for these:

When I read "baby shoes" I obviously go to the sad story "for sale: baby shoes, never worn," but in this case would be "for sale: baby shoes, worn AF." Seriously, did Betty White work in the mines as an infant?? Was she avoiding dysentery while walking the dang Oregon Trail? What was she doing in these things? Congrats to whomever just bought them for $3,480. I'd say I hope you get some use out of them, but there's not much using left in them.

Are You Registered to Vote?

The deadline to register to vote in Oregon is coming up! Please check your registration here, and if there have been any changes, you must re-register by October 18th. The midterm elections are really fucking important for a lot of reasons, and Dems kind of need to hold on to the House and get +1 in the Senate as kind of like a last grasp at saving our democracy, ensuring a habitable planet for our children, making sure they have bodily autonomy, and all sorts of other juicy things. Closer to home, this election is important for whomever wins Oregon's 5th Congressional seat, contested by Jamie McLeod-Skinner (D) and Lori Chavez-DeRemer (R), because:

Good luck to the candidates, and to their spouses! You will need it!

Okay, I am off to hold a hot mug of tea and gently blow over it while draped in cable knit, despite it still being summer-like outside.

Me to the last few summers in Portland pic.twitter.com/ANyWbLE4KX 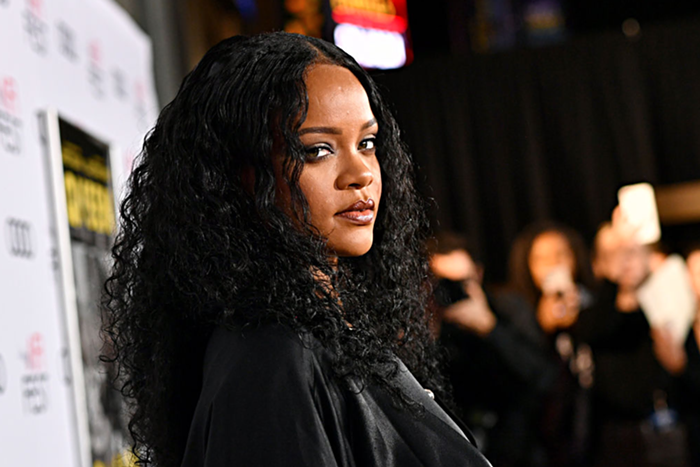