Time to dig through the week's most delicious trash... with THE TRASH REPORT! 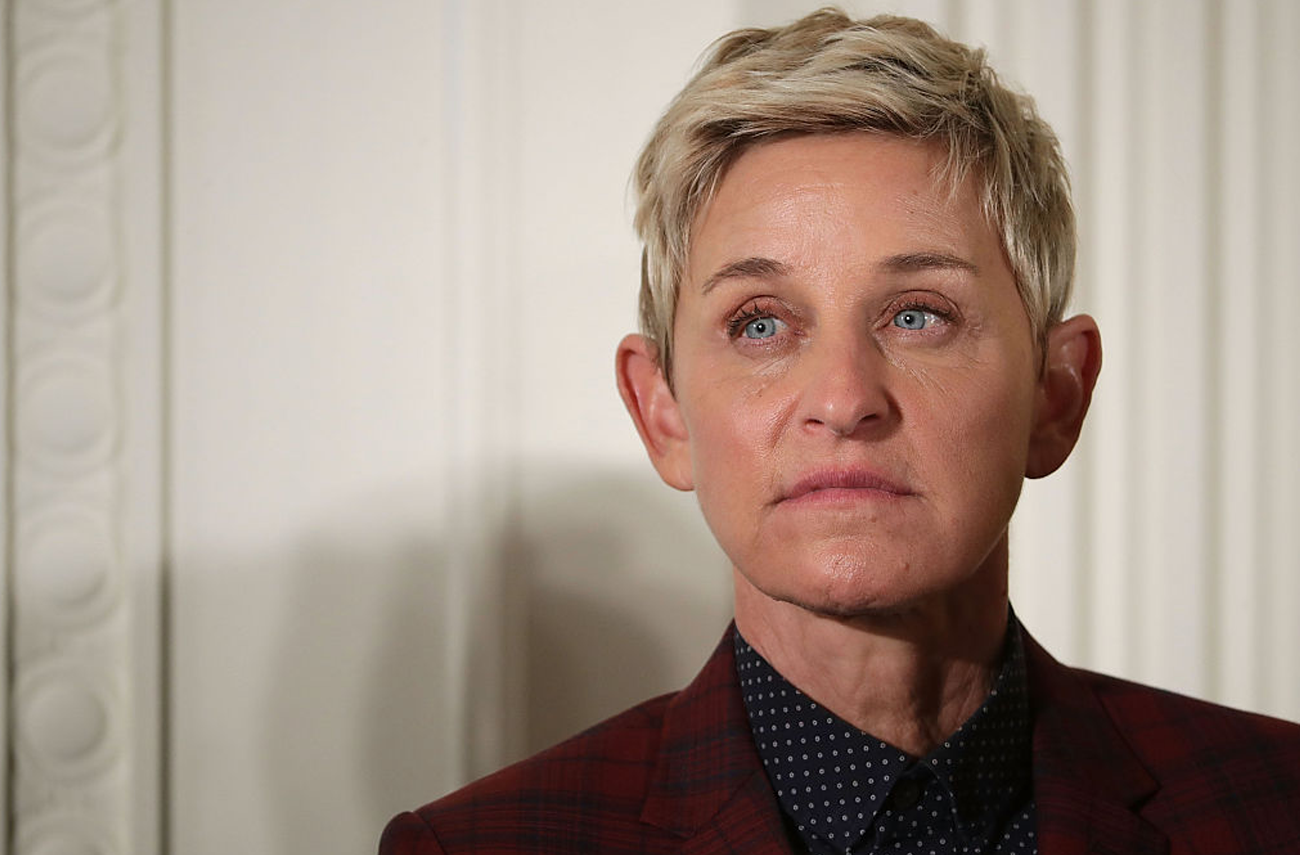 "My skincare line is kind, so I don’t have to be.” Chip Somodevilla / Getty Images

Hello Trash Pandas, and welcome to another round of steaming hot goss in this here Trash Report. I'm writing it as my child is blasting Mariah Carey's "All I Want for Christmas is You," making me really question both why I let her use my phone, why I taught her how to use Spotify, and why I taught her how to read so she can pick what to listen to. Last week I covered that Carey tried to trademark the title of "Queen of Christmas," but after a week of no school and my kid listening to this song at least 8,209 times, I'd like to give Carey the title of "Queen of Ruining the Vibe in My Home." The Christmas season only just officially began and I for one am ready for it to be over!

Christmas is trash but so is a lot of other stuff; let us peruse the rest of the dumpster?

The Latest in the War on Ice Cream

Portland-based (for now?) ice cream company Salt & Straw is making salted caramel waves for their announcement that they're considering moving their headquarters from Portland to the vague "out of state" due to perceived lawlessness in our city. This instead of, I don't know, finding a different office space? KGW reported that CEO and co-founder Kim Malek "drove to City Hall in tears" as she sought solutions from local leaders. I hope that one of those local leaders was councilman-elect Rene Gonzalez, who knows all about getting deals on real estate! Perhaps Jordan Schnitzer could offer Malek a premium downtown office space for $250 a month (parking included!) and then she'll reconsider her threat?

The whole thing feels even ickier when the company's website brags that "we establish deep connections with our neighborhood and merchant associations" and "a business is only as strong as its community." Maybe they're just butthurt that President Biden went to Baskin Robbins instead of Salt & Straw on his recent visit to Portland?

Can you imagine a corporation that would threaten to leave a city because someone’s home burned down near their headquarters? Instead of offering help, Salt & Straw wants to pack up its waffle cones and flee to the burbs. Enjoy your gated community.

The only way I'd consider leaving Portland is if I accepted one of those deals to let the Italian government pay me to live in a crumbling villa. And I wouldn't consider that because Portland is reportedly a shithole, but because America, in general, is a shithole. Then it wouldn't matter if Salt & Straw had left Portland because I would be eating gelato anyway.

The Latest in the War on Christmas

Back to President Biden: Fox News revised its ongoing narrative that the left has declared  a "War on Christmas" and decided that Biden is too pro-Christmas because his people put up the White House Christmas tree too early. Please note that "too early" for Biden happened to be the exact same day that Fox News HQ lit their Christmas tree. Not that it matters, of course. The Fox News position is to be anti-Biden no matter what he does, and the only way he could do Christmas right is if he literally became Santa Claus in some sort of The Santa Clause-esque mix-up. But you know what, I don't think even then it would fly. Because then Fox News would realize how weird it is to make kids sit on a stranger's lap and they'd probably start accusing Santa Biden of grooming.

Fox News would probably also figure out a way to blame Biden for this: an aggressive pack of wild turkeys has been terrorizing a Massachusetts town. According to The Daily Beast, the flock "have repeatedly menaced people with pecking attacks and loud clucking" and "if you’re walking or jogging, or anything like that, they come for you." This sounds sincerely terrifying and I don't want to make light of it... except that the story went ahead and revealed that the lead turkey is named Kevin and I'm not sure how we're not supposed to find that funny. Kevin the Turkey? I mean, come on.

(I was going to try to make some jokey connection to turkeys in American history here by sharing that founding father Benjamin Franklin wanted the turkey to be the national bird instead of the bald eagle, but in an attempt to ignore my family by researching said anecdote I learned that Franklin didn't revere turkeys for their Americanness as much as he revered them for how much he could torture them with electricity before they died. Hey, what kind of Thanksgiving weekend would it be if not confronting our country's brutal past? Share that one with your holiday table!)

The Hollywood Reporter just put out a huge round-up of celebrities and the lines they hawk for extra pocket money. It was confusing to a gossip-obsessed person like me who has to admit that it's extremely charming that Harry Styles has a nail polish line, but it's super obnoxious that Machine Gun Kelly has one, too. I learned that every beautiful starlet pretends that their own branded skincare line is responsible for their perfect faces and not money, genetics, and lighting. And I learned that Ellen DeGeneres has a skincare line too, and that hers is called Kind Science, which is hilarious because it came out in late 2021, well after we all learned that Ellen is actually extremely mean. I get the instinct to rehabilitate one's image, but would it be so bad to just lean into it? Call it Mean Science and tout how beautifully it can help scowl lines disappear and make you look like less of a miserable crone. No, trademark that shit, I'll use it when I start hawking my own skincare line. Tagline: Be trash, but don't look like trash.

Beloved English actress Emma Thompson was recently profiled by The New Yorker and discussed having been cheated on by her first husband, actor Kenneth Branagh. While the affair happened over 30 years ago I was instantly filled with rage, and my mind immediately went to Thompson's perfect portrayal of a woman scorned in the terrible holiday classic Love, Actually, and just knowing that Thompson may have been tapping into a personal well of real-life infidelity has got me mad at Alan Rickman all over again, and even through the film is terrible, I see no way to work through this besides watching Love, Actually for the 90th time, EVEN THOUGH it does contain that Mariah Carey song that is trying to kill me.

So if anybody needs me, I'll be channeling Ben Franklin's turkeys, trying to survive the high-voltage that is the Christmas season. Wish me luck! 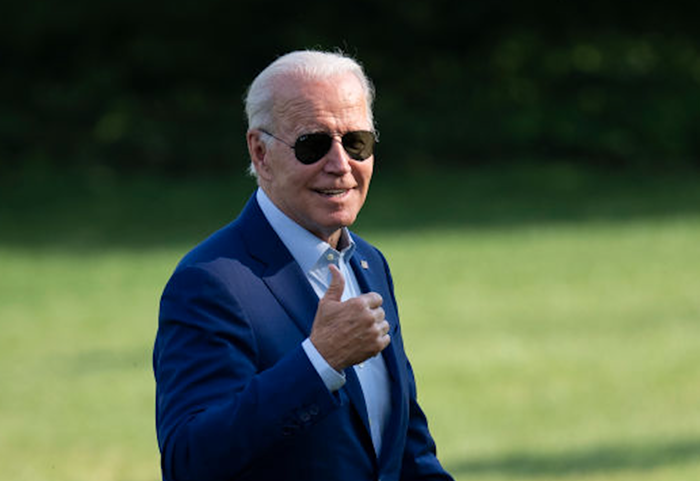 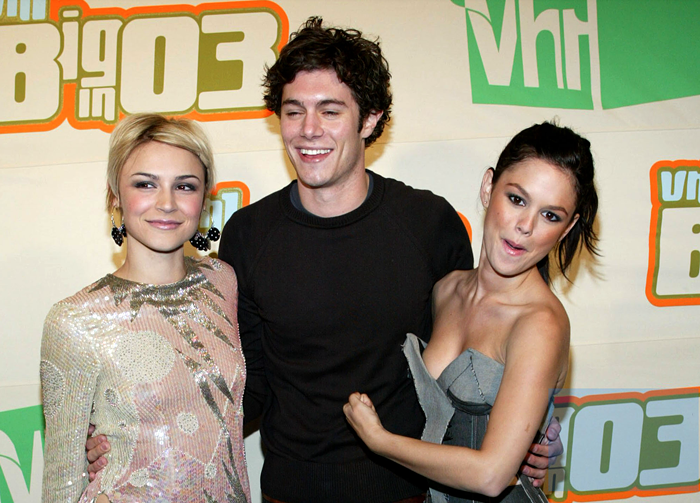