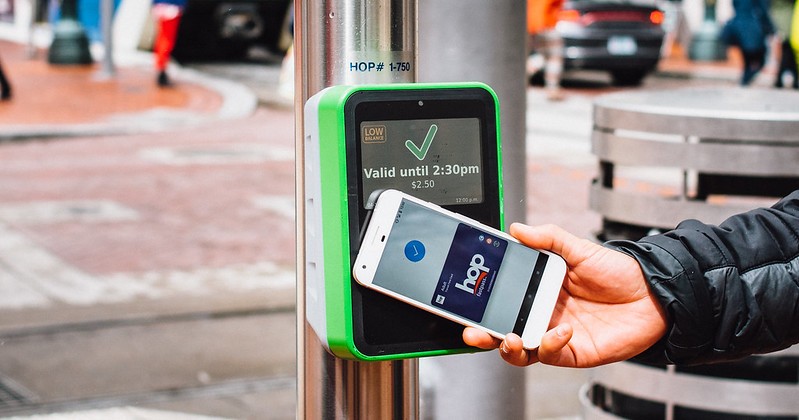 TriMet board members are considering raising bus and MAX fares for the first time in seven years as the agency’s financial future grows uncertain. The idea was first floated in an October 5 meeting between the board members and TriMet staff. Agency staff is expected to deliver a specific proposal to the board on November 9.

“We’re looking for your guidance on a very important question: are we all in agreement we should raise fares?” TriMet General Manager Sam Desue asked the board members during the October 5 meeting.

In a presentation to the TriMet board of directors, executive director of finance Nancy Young-Oliver detailed how the price of TriMet fare—$2.50 for two and a half hours or $5 for an all-day pass for adults—has not been keeping pace with the rising costs of operating the transit system for the past few years. TriMet's base adult fare has not been raised since 2012, while Honored Citizen fare—reduced fare for seniors, riders with disabilities, and low-income riders—was last raised in 2015.

TriMet’s fare recovery ratio—money collected from fares divided by the agency’s operating costs—has been in decline since 2015. Operating costs account for the money needed to run the buses and MAX trains daily, including driver salary, maintenance costs, and fuel. Annual operating costs have increased from around $300 million in 2015 to about $400 million in 2022. At the same time, TriMet has seen a steep decline in ridership—and thus, passenger fare revenue—throughout the pandemic.

Fare revenue is one of the three main funding sources for TriMet, alongside federal funding and an employer payroll tax. When fare revenue dropped dramatically during the past three years as commuters started working from home during the pandemic, TriMet was able to make up the difference with COVID-19 related relief funding from the federal government. However, those funds are beginning to dry up as the severity of the pandemic lessens and TriMet’s ridership has not rebounded to pre-pandemic levels.

“When our resources dwindle, it has a direct effect on the amount of resources we are able to provide on the street,” Young-Oliver said. “It also causes us to pause on expanding our service.”

TriMet has already reduced its service by approximately 20 percent compared to pre-pandemic levels due to a driver shortage.

TriMet board directors Kathy Wai and Thomas Kim questioned whether passing TriMet’s financial burden to riders is the right solution to the agency’s budget problems.

“I feel like Oregon has always been a trailblazing state to be innovative,” Wai said. “I think we have very smart people in the room who can really crack this nut of whether or not over time we really need to rely on fare revenue as part of the equation for operating expenses.”

Compared to other comparable public transit agencies, TriMet is unique in how much revenue it gathers from fare. Transit agencies in Sacramento and Dallas receive about 11 and 6 percent of their funding from fare respectively and over 50 percent from local government budgets and sales tax. TriMet receives approximately 15.5 percent of its total revenue—which covers operating costs and other costs like communication and security—from fare and just 0.2 percent from local government. Young-Oliver noted that relying on funding from local city budgets can be challenging, particularly during times of economic uncertainty when local governments are more prone to budget cuts.

During an October 26 board meeting, representatives from OPAL Environmental Justice Oregon, an environmental nonprofit, urged TriMet board members to find alternative funding streams to increase its revenue instead of raising fares.

“Increasing fares does not align with Portland’s climate goals of reducing emissions and getting more people to ride mass transit,” said OPAL member Lane Schafer. “We want people out of cars and onto buses, MAX, and the streetcar. Why would we increase fares and give them one more reason to stay in cars?”

OPAL members encouraged TriMet to move towards a free fare system, arguing that fare is a barrier that hinders TriMet from being a truly equitable and accessible system.

Board member Ozzie Gonzalez asked staff to present the board with a three-pronged plan that would address TriMet’s budget by increasing ridership and reducing fare evasion, in addition to raising fares.

TriMet is currently developing its “Forward Together” plan—a strategy to adjust approximately 80 of the agency’s bus routes in response to a shift in rider demand following the pandemic. Forward Together is expected to increase ridership by offering new bus lines, increasing frequent service, cutting low-ridership lines, and adding more weekend service. The changes could begin as soon as 2023, depending on the status of TriMet’s driver deficit.

Board president Linda Simmons urged other board members to take the “financial realities” of the agency seriously, noting that increasing ridership and reducing fare evasion are longer term projects that will take time to see improvements. Meanwhile, adjusting fare is the tool that the board members have available to them now.

“We’re at the point right now as an agency where we are up really almost against the wall,” Simmons said. “We have a responsibility to the community to not cut off service or lay people off because we can’t meet our budget. Fare is our lever right now.”

The TriMet board is expected to continue discussing the topic at its November 9 meeting.