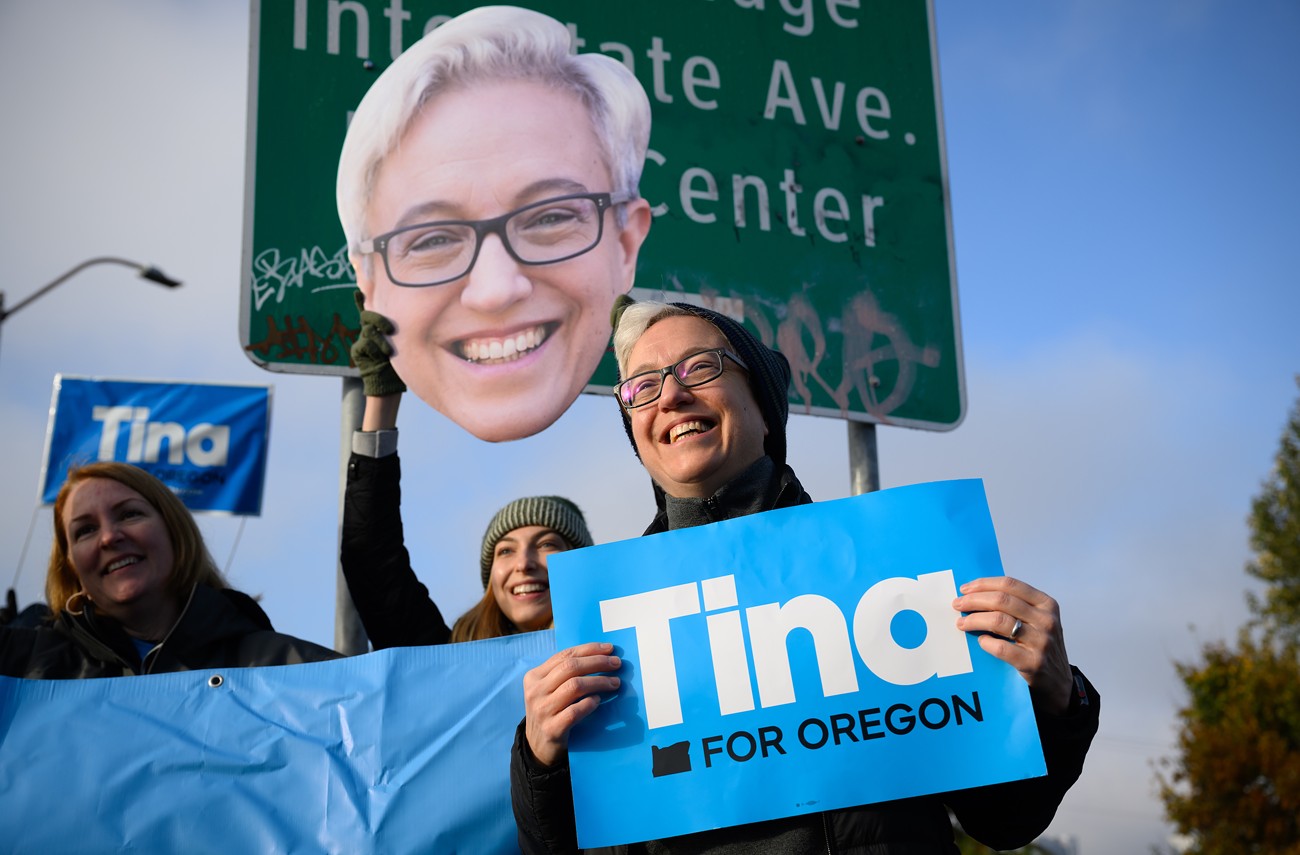 Tina Kotek rallies with her supporters and a big poster of her own face. Mathieu Lewis-Rolland/Getty Images

Good Afternoon, Portland! We're stilling running around, sipping that election juice. What does that mean? Who cares what it means? Take ahold of this proffered mason jar of questionable contents, and let's chase the news!

IN LOCAL NEWS:
• The Oregonian called Oregon's gubernatorial race, in favor of Tina Kotek today—Kotek currently leads with around 28,000 votes. While Kotek has yet to officially declare victory and Drazen has yet to concede, local and national LGBTQIA+ organizations are already celebrating Kotek as one of the nations first openly lesbian governors—also excited about Maura Healey in Massachusetts.

Thank you, Multnomah County! Your belief in positive change made this possible and now we're ready to get to work! https://t.co/t442z9tUDh

• Amidst this election juicing, the US Department of Justice still needed an update on the city’s ongoing attempts to comply with a 2014 settlement agreement—wherein Portland agreed to take steps to improve use of force by the Portland police. This morning, US District Court Judge Michael Simon expressed disappointment at the city's failure to move forward with the proposed changes. Among his remarks, he suggested that the city and its police union are engaging in “foot-dragging” when it comes body camera policy. News Editor Alex Zielinski has the report.

• Last night, voters approved Measure 26-228: a package of city charter amendments that will expand city council, hire a city administrator, and alter the city’s voting system. So when do we get our 12 city council members and an even more impotent mayor? Isabella Garcia explains it all.

• Politics is fun (no, it isn't) and all, but if you want to get out there, shake it, and REMEMBER WHY LIFE IS GOOD, our music columnist Jenni Moore has some suggestions:

IN NATIONAL  / INTERNATIONAL NEWS:
• On a national level, we're still stirring a big pot of election moonshine. The New York Times continues to predict a slight majority in the House for Republicans, when the counts are completed, but the Senate looks to be perfectly split. The Georgia race between Democratic incumbent Senator Raphael Warnock and his Republican challenger Herschel Walker will be decided in a runoff this December.

• The legal team surrounding American basketball star and Olympic gold medalist Brittney Griner announced today that she has been transferred to a Russian penal colony. Griner was detained eight months ago, just before Russia invaded Ukraine. She is commonly considered a political pawn, and her disappearance into the Russian penitentiary system is concerning, as it is known to be brutal and opaque. Griner's team cannot know where she's headed, and her transfer could take up to two weeks.

The number of assaults on New York City's subway system have hit the highest point since at least 1997 https://t.co/93gGtNF5bc

• Biden threw some shade in a press conference this afternoon, when asked about Russia withdrawing from the key city Kherson, in Ukraine. "First of all, I found it interesting that they waited until after the election to announce that," he began—implying more Republican wins might have emboldened Russia—before he went on to say he wasn't sure Ukraine would be willing to compromise with Russia, an important factor in ending the war.

• And closing up with this awe-inspiring evolutionary leap: 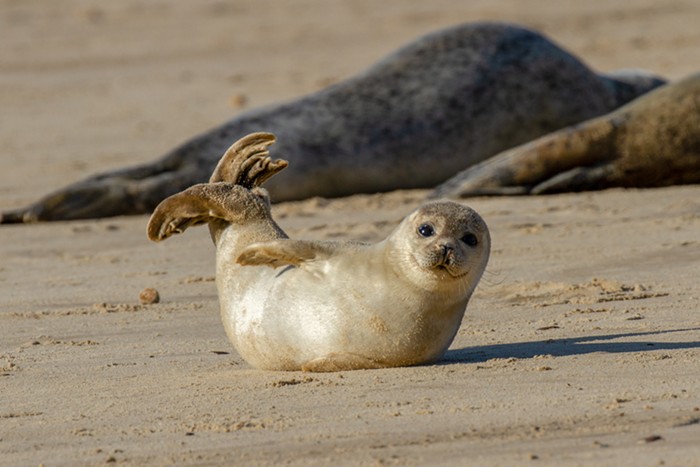