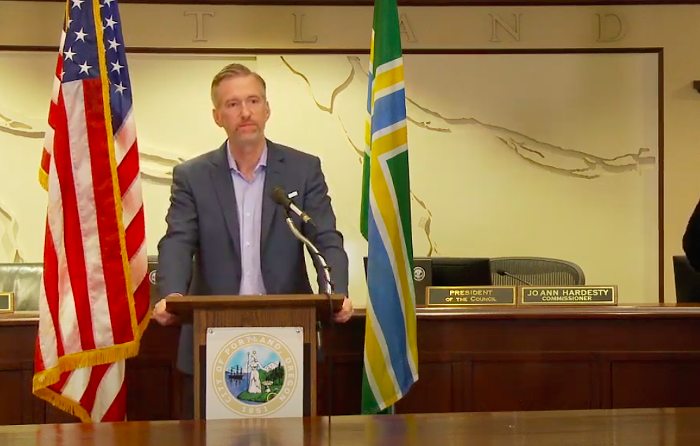 Mayor Wheeler has a new/old idea to criminalize the homeless and force them into mass camps. City of Portland

GOOD AFTERNOON, PORTLAND! Don't pack away that thong just yet! Expect sunny skies with record-breaking October highs in the mid-80s this weekend. And now, here's your daily NEWS thong.

• PREPARE THYSELF, INFIDEL, FOR THE IMMINENT ARRIVAL OF "DARK BRANDON! Translated for non-Trumpers: President Biden returns to Oregon today to attend a volunteer event with Democrats, pop by a reception for gubernatorial candidate Tina Kotek on Saturday, and deliver a speech in Portland! DO NOT CAST YOUR EYES UPON HIM, FOOLS, LEST HE SMITE YOU WITH THE ALMIGHTY SWORD OF ANTIFA!

President Joe Biden will be in Portland today and Saturday. MAX and bus service will be disrupted in Downtown Portland today through as late as 6 p.m. Saturday, due to security surrounding his visit.

• According to a report from the WW, Mayor Wheeler is prepping to launch a plan that would criminalize unsanctioned camping across the city and force them into three large internment camps (which he's blithely calling "campuses")—despite the fact that houseless folk have different needs that for many could make living there impossible. Reminder to those rich people in the back: BEING HOMELESS IS NOT A CRIME. And to the rest of us: So many of us Portlanders are just one major medical bill away from being homeless ourselves. Hope you like "campus living!"

We call this the Sam Adams long game: https://t.co/NMviEnka1z

• Following the tragic crash that killed a popular Portland chef cyclist on SE Powell & 26th, hundreds of green-clad protesters created a human barricade to protect the bike lane on this dangerous street, calling on transportation agencies to reinstall the green bike boxes at the intersection. Our Isabella Garcia was there and files this report.

• BIG NEWS: Multnomah County Deputy District Attorneys will now consider immigration consequences when prosecuting noncitizens in an effort to avoid deportation when possible, according to District Attorney Mike Schmidt. In a nutshell, this means if an American citizen and a noncitizen get a traffic ticket, both will be required to pay a fine, and neither will lose their family.

The latest COVID-19 vaccine booster shots are now available for children between 5 and 11 years old in Oregon. https://t.co/Mbb3ZgJ3hP

• Hey Brainy Pants! See how you score on this week's challenging and hilarious POP QUIZ PDX! This week: the latest sports scandals, local rich villains, and... you asked for it, and got it... MONKEY TRIVIA.  🐵

• You won't wanna miss the special one-night only screening of HUMP! 2022 on the big screen at Revolution Hall on Wednesday, October 26! Featuring the hottest (and sometimes hilarious) short flicks from horn-dogs just like YOU, it's the sexiest event of the fall!

• Remember the January 6 committee? Well, they returned with a BANG yesterday, showing alarming new footage of Nancy Pelosi and other congressional leaders desperately trying to regain control over the nation's capitol as domestic terrorists were swarming the building. The panel also voted UNANIMOUSLY to subpoena Donald Trump  in order to answer questions before the committee—but get this! Some reports are saying that Trump is actually considering it—if he can do it LIVE in a public forum... an idea that is sending chills up his advisors' spines.

Pelosi’s response to hearing Trump might march to the Capitol is definitely worth watching pic.twitter.com/wpUlvKoqwT

• Grocery giant Kroger is planning on buying its rival Albertsons for $24.6 billion which would make it one of the biggest grocery chains in the country.

• In yet another loss for Trump, the Supreme Court (including the members he bought and paid for) flatly refused to intervene in the Mar-a-Lago documents case, in which Trump wanted stop a special master from reviewing the stuff he stole from the White House.

Climate protesters threw cans of tomato soup at Vincent van Gogh’s “Sunflowers” at the National Gallery in London. The gallery said the work was unharmed aside from “some minor damage to the frame.”https://t.co/Tsl6Kaeso0 pic.twitter.com/2at4dlqFtk

• The world's biggest billionaire baby, Elon Musk, is threatening to yank Ukraine's Starlink internet service—a crucial tool in the country's war with Russia—because a Ukrainian diplomat told him to "fuck off." (Hey Elon! My neighbor told you to "fuck off" as well! Better take away his Tesla.)

• And finally... sorry if any of this news stressed you out! BETTER WATCH THIS: 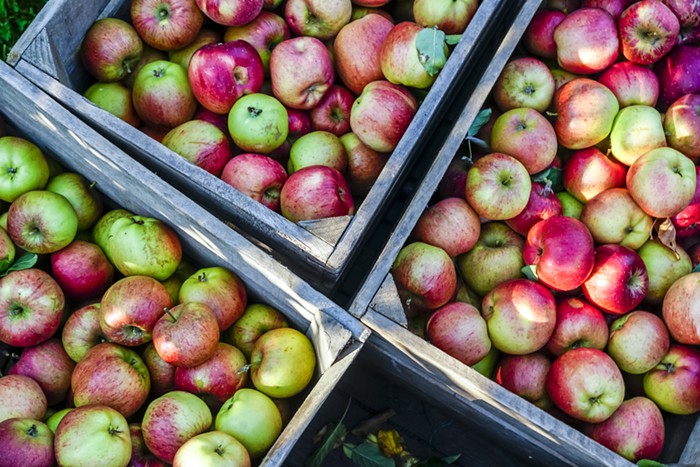 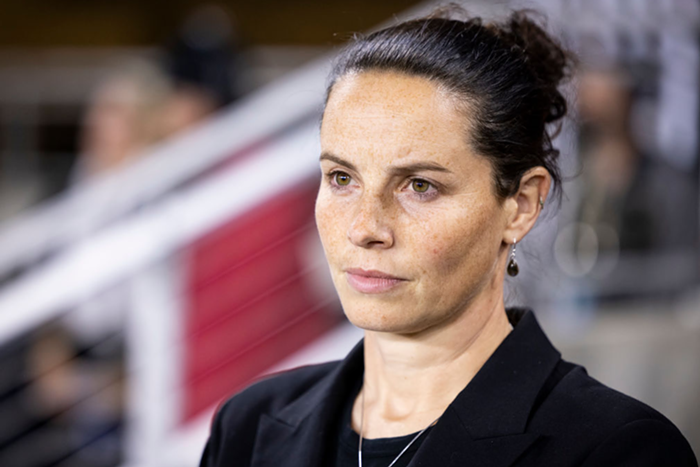