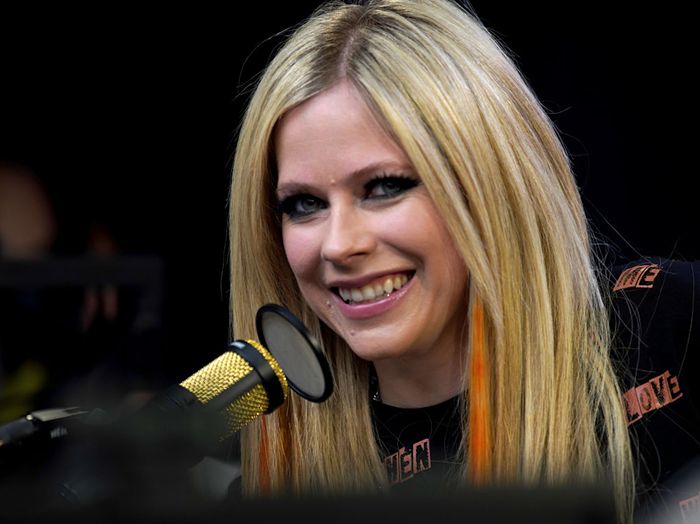 Avril Lavigne: “You know what’s complicated? The grueling passage of time.” Anna Webber / Getty Images
Happy Monday, everyone! It’s me, Elinor Jones. As we all know, this online content experience formerly known as "a newspaper" does a helluva job reporting on the news, be it local, national, global, or the entirety of space and time. And we love that for us. But sometimes we also like to read and write about things that are not important. The scraps. The crumbs. The—yes—trash. I will be delighted to be your personal raccoon, digging through the garbage can that is (gestures vaguely at everything) to report back on some nonsense.

• First, adjust your lives accordingly for this shocking update from a man who is almost 70 years old:

• Do you feel bad about getting COVID during the omicron wave? You shouldn’t! Not only was the crisis exacerbated by many bad factors outside of your control, you’re also in good company; some absolute icons got COVID recently. We’re talking John Mayer! Justin Bieber! Simon Cowell! James Corden! The freaking queen?!? Wait, that’s actually kind of lame company. Let me try again: Lupita Nyong’o! Connie Britton! Elton John! Barack Obama! Me!

• Okay this one is actually bad: Insiders worried about actor Daniel Kaluuya’s ties to ‘life strategist.’ Page Six shared that the Get Out actor has ditched his top-notch team of agents and managers and instead is deferring to a 50-year-old woman who goes by "Heir Holiness" and has described herself as “a spiritual gangster.” All together now: YIKES.

• In a recently revealed blind item, Crazy Days and Nights shared that Mark Zuckerberg floated the idea of paying Meta employees in credits that can be used to buy things back from Meta up to and including housing. Tired: Facebook. Wired: the Metaverse. Inspired: rebranding paternalism and the company town to trap workers in exploitative jobs.

• I remember clearly mocking this song when it came out because what could this child possibly know about anything being complicated, she's only 17! And I was 19. ;)

It's been 20 years since "Complicated" was released, and I still want to be @AvrilLavigne when I grow up pic.twitter.com/ihpxo0biE9
— MTV NEWS (@MTVNEWS) March 11, 2022

• The Idaho town of Sandpoint has been overrun with conservatives ideologues trying to "escape" the perceived leftist policies and crime in blue states. Good job on shunning coastal elites by creating a new place for basic ranch homes to cost $750,000. A conservative realtor explained that people wanted to live away from "Orwellian laws and out of control tyranny." Which is why they've selected a state where parents can be fined for getting their children healthcare. Very smart.

• It's looking like it will be a rainy week and I recommend spending it counting how many Doritos are in the bag you recently purchased—it might be five fewer than you expect!

• The viral online puzzle game Wordle is to thank for saving an elderly woman whose family became concerned for her welfare after not sharing her score in the morning, so they called the cops, who found the woman on hour 17 of being held hostage in her own home. Play wordle, save lives.

• In local love, I'm really rooting for the lovely queers from this Craigslist missed connection who made eyes in the floral area of the northwest Portland Trader Joe’s. I mean, this line basically is a Phoebe Bridgers song: "I resisted the urge to say 'oh no' out loud when you dropped your bagels in front of the orchids." I hope these green-haired nonbinary cuties get their boba date soon!

That's all for today, and I will play myself off with this tweet from my friend Ben: