Can Portland Deliver on the Promise of Publicly Funded Elections? 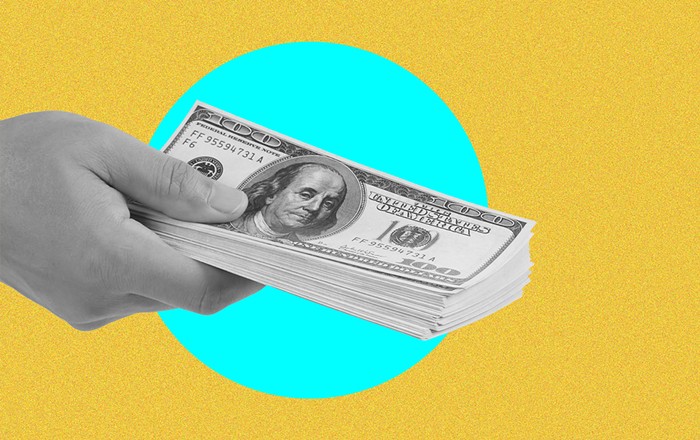 “I wasn’t sure I would have access in the same way that traditional candidates have access,” says Rubio, the executive director of the Portland nonprofit Latino Network. She says she was deterred by Portland voters’ history of electing well-financed candidates—mostly white men—as city commissioners.

But then Portland approved a new public campaign financing program: Open and Accountable Elections (OAE), a system built to give all politically minded Portlanders a fair shot at winning a local election.

To qualify for OAE, candidates for city council must first collect contributions from 250 Portlanders, each of whom has donated less than $250 to the candidate’s campaign. (The number of contributions doubles to 500 if the candidate is running for mayor.) At that point, the city will match all previous and future campaign donations up to $50 at a six-to-one rate, using money from the city’s general fund. That means if a candidate collects 500 contributions of $25, the city will turn their $12,500 total into $75,000. (The city will only match the first donation an individual makes to a candidate.) Candidates participating in the May 2020 primary election will be the first to be allowed to use OAE.

The potential financing boost provided by OAE was enough to change Rubio’s mind about running: In early July, she became the first candidate to announce her run for city council, crediting OAE as a motivating factor. She’s one of several candidates hoping to replace outgoing Commissioner Amanda Fritz, who brought the idea of OAE to City Council in 2016.

“Open and Accountable Elections allows me to be competitive,” says Rubio. “And it puts voters—not donors—squarely in the center of my campaign.”

Rubio is one of five candidates who have already registered to participate in OAE—and more have signaled their intent. Registering isn’t a guarantee that an individual will actually raise enough money to qualify for OAE, but it’s given the city an idea of what kind of participation to expect.

For OAE staff, candidates’ early engagement with the program is a positive sign, indicating that Portlanders want a more equitable way to run for office. But with eight months until Election Day, they also worry the program may be a victim of its own success. If more than two or three candidates participate, OAE’s small budget might bottom out—forcing the city to renege on its financial promises to candidates. While City Council has an opportunity to bulk up the OAE budget this fall, it’s still not clear if enough commissioners believe the program is worth investing in.

For people who support local campaign finance reform, the stakes are high.

“I don’t want to see this fail,” says Commissioner Nick Fish. “It could be the last chance we have to have publicly financed elections.”

Fritz, who was first elected to council in 2008 using the original public funding system, is confident OAE won’t succumb to its predecessor’s pitfalls.

“Unlike voter-owned elections, this program is based on successful programs across the country,” says Fritz. “It’s tailored to fit Portland, but it’s already widely trusted.”

Portland’s OAE was modeled after programs that have worked in San Francisco, New York City, and Los Angeles. To guarantee Portland’s second attempt at public financing sticks, the city hired Susan Mottet to lead the city’s OAE office. Mottet previously worked for the nonprofit Every Voice, where she worked to establish state and city policies regarding small-donor public financing.

Despite requesting an infallible program that would restore Portlanders’ trust in publicly financed elections, the city only gave Mottet a year to get the program up and running.

“That was an extreme challenge,” says Mottet. “Most governments aren’t designed to move that quickly.”

Mottet was tasked with writing the official OAE rules, forming a volunteer oversight commission, and working with coders to build the software that will allow the new financing program to work. That software, built by the nonprofit Civic Software Foundation, is expected to work much like state and federal campaign finance software programs. Candidates must report all campaign contributions—and have donors verified by voter records—in order for them to be matched by the city.

This software needs to be in place by September 12, the first day candidates can file to run in the May 2020 election. But in late August, city commissioners learned that, while the critical elements of the software will come in on deadline, two important features will be turned in a month late. One will let candidates easily download data into spreadsheets, and the other will create regularly updated geographic heat maps to help candidates see what parts of the city donations are coming from.

Serin Bussell, who chairs the volunteer OAE Commission, says the software delays were caused by coding bugs that have since been squashed.

“[Mottet] saw problems and decided to solve them on the front-end, instead of after the software is up and running,” Bussell says.

“I support the values of the program,” Wheeler told Mottet at an August 29 council meeting. “But I want to continue to express my ongoing serious concerns about the viability of the program overall. What can you say to give us confidence that this program is ready to go?”

Bussell says she was struck by how quickly Wheeler criticized Mottet for pushing back the developer’s deadline in order to fix coding problems that would have created future headaches for the city.

“The city should be supporting that kind of leadership,” Bussell says.

Mottet blames the delays on the short window of time she was given to get OAE off the ground.

“I’ve told council, ‘This is a problem of your own creation, and I’m trying to fix it,’” says Mottet. “But it makes me nervous that it makes City Council so nervous.”

“I’ve told City Council, ‘This is a problem of your own creation, and I’m trying to fix it.’”—Susan Mottet, director of Open and Accountable Elections

That’s because City Council’s faith in the new program will likely determine its success. If a large number of candidates choose to participate in OAE, leading its budget to run out of matching funds before Election Day, Mottet will need council’s approval for additional funds.

Beginning in 2017, the city promised OAE an annual budget of $1.2 million. City Council wasn’t able to fully fund the program in its inaugural year, however, which kept the city from staffing the program until 2018. OAE is still owed $950,000 from that initial budget, and Mottet expects to request those funds in October, when the council redistributes unused budget dollars.

Depending on OAE’s success, that infusion still might not be enough.

“If everyone is participating in the program, and we have all run-off elections,” says Mottet, “it’s possible that this election cycle might need more than $950,000.”

Bussell, the OAE Commission chairperson, says requiring additional funding is a “good problem” for the program to have.

“To me, that says this program is working,” she says. “That proves that candidates truly need public financing to feel qualified to run.”

Fritz, who’s made the success of OAE one of her final goals as commissioner, says she knows Commissioners Chloe Eudaly and Jo Ann Hardesty are “firmly in support” of fully funding the program. But since Eudaly and Wheeler might both seek reelection in 2020—potentially barring them from voting on the program’s budget—dispersal of any additional funds could rely on Fish’s approval. And while Fish might be rooting for OAE’s success, that attitude might not determine how he votes in the fall.

Fish initially voted against the creation of the OAE when Fritz brought it to City Council in 2016, suggesting it was unfair to not let voters decide how their tax dollars were distributed. Now, like Wheeler, he’s concerned about the program meeting its software deadlines.

Still, when it comes to deciding whether to fully fund OAE, Fish says he’ll “keep an open mind.”

“I don’t want to hobble the system and then blame the system afterwards,” he adds. “We’ve got to give it a fair chance to succeed.”

Fish says “time will tell” whether the city gave Mottet enough time to prepare the program. Candidates relying on public funds for the upcoming May 2020 election, however, don’t have time to spare.

In early August, mayoral candidate Sarah Iannarone announced she’d collected the 500 small donations required to participate in OAE. An urban policy consultant, Iannarone says she intentionally built her campaign around the new financing program and is relying on its success.

“Running as a candidate on progressive platform, without big political donors... that’s a big risk,” says Iannarone. While Wheeler has yet to formally announce his plans to run for re-election, Iannarone says she’s prepared to face the notoriously well-funded candidate. “Open and Accountable Elections is a huge reason this feels possible,” she says.

Iannarone, who previously ran for mayor in 2016, says relying on small donors has changed the way she campaigns. Instead of prioritizing “transactional” conversations with deep-pocketed donors, Iannarone says she’s now able to engage with more voters.

Regardless of her campaign’s outcome, Iannarone says she hopes her publicly funded race serves as an example to political hopefuls who may be deterred by campaign costs.

“I want to show that running a campaign isn’t out of reach for an average Portlander,” she says. “It has the ability to be transformative.”