Ten out of 19 New Seasons grocery stores have joined the local labor movement. 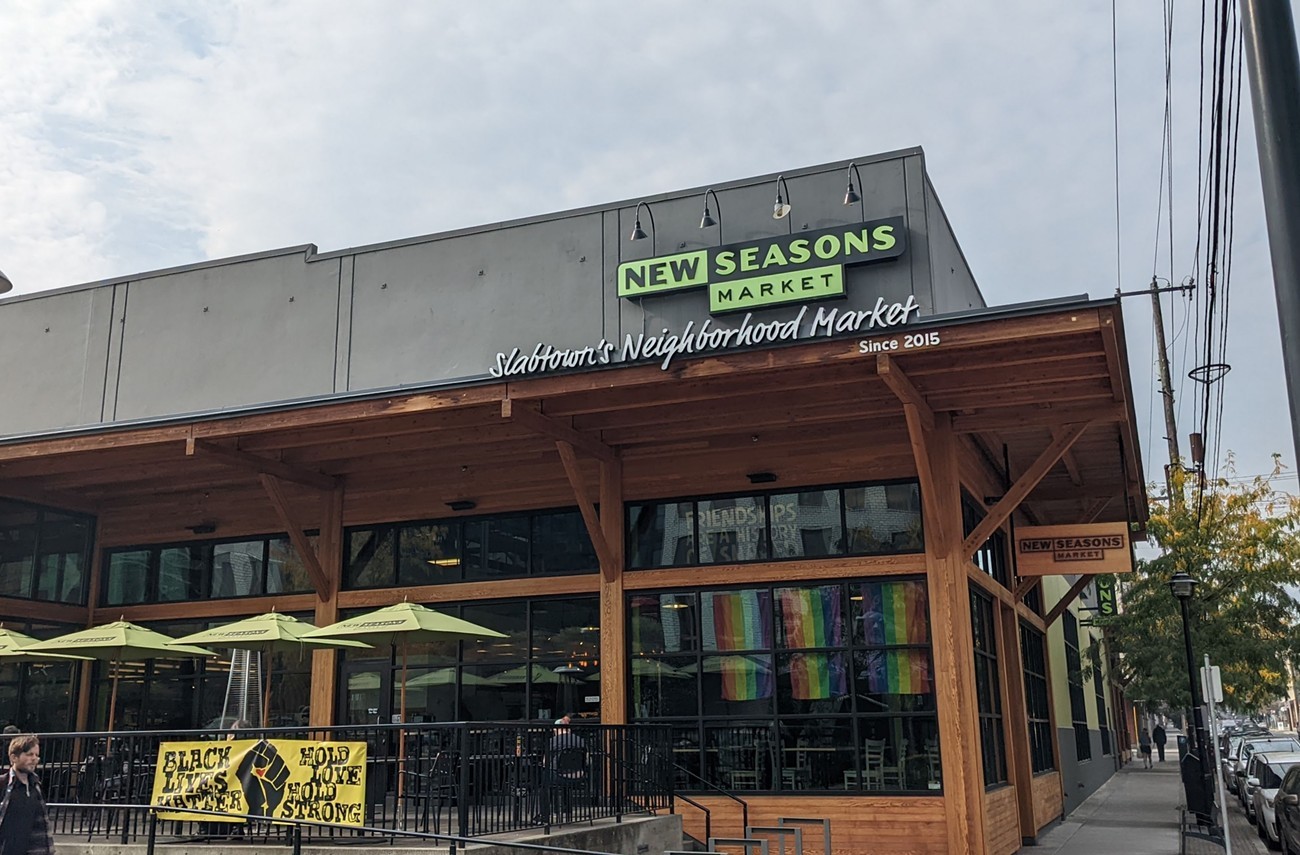 As of Monday afternoon, workers at more than half of all New Seasons grocery stores in the Portland Metro area have moved to unionize. A New Seasons store in Beaverton's Cedar Hills neighborhood became the tenth to file a petition to hold a union election with the National Labor Relations Board (NLRB) Monday.

As with many New Seasons workers who've joined the union drive this year, employees at the Cedar Hill store say the effort was inspired by the 2019 purchase of New Seasons by a company called Good Food Holdings, which is owned by international retail giant E-Mart. After that sale, New Seasons introduced several policies around worker attendance and scheduling that, to employees, felt uninformed by staff experiences.

These concerns are shared among workers employed by New Seasons across the metro region.

The campaign to form an independent union, the New Seasons Labor Union (NSLU), began seven months ago. The movement has faced pushback from New Seasons management, who has dispersed anti-union literature at most of its store's staff areas and hired a union-busting law firm to fight the quickly-growing campaign. Myers at the Cedar Hill store said several of her coworkers feared that signing on to the union drive would trigger retaliation from management.

Since May, ten of the areas's 19 grocery stories have joined the movement. Yet New Seasons management has declined to voluntarily acknowledge these unions, forcing workers to hold a vote. With the majority of stores now involved, we're overdue for a comprehensive breakdown on which stores have announced and where each union drive stands.

Seven Corners (SE Division St. and SE 20th Ave.)
Staff at the Seven Corners New Seasons were the first to establish the independent NSLU in May. In early September, its workers voted 62-15 to formally unionize.

Orenco Station (Hillsboro)
Workers at Orenco Station are the only New Seasons staffers who petitioned to join an already-established union, the United Food & Commercial Workers Local 555. In an early September election, Orenco Station workers voted 60-37 against joining the union.

Sellwood
Sellwood New Seasons staff filed to unionize in June, yet voted 33-29 against joining the NSLU in September. Workers say they want to make a second attempt in the future.

Woodstock (SE Woodstock Blvd. and SE 45th Ave.)
Workers at the Woodstock New Seasons filed to unionize in September. They have yet to hold an election.

Grant Park (NE Broadway and NE 33rd Ave.)
Grant Park New Seasons staff filed paperwork to join the NSLU in October. The  have yet to hold an election.

Concordia (NE 33rd Ave. and NE Emerson St.)
Staff at Concordia's New Seasons also filed to unionize in October, and have yet to hold a formal vote.

Arbor Lodge (N Interstate Ave. and N Holman St.)
Arbor Lodge employees filed to unionize last week, after first announcing their intent on November 15. They have yet to hold an election.