As Paul recently noted, Christine O'Donnell—who makes such a HUGE deal of other people's sex lives—has allegedly taken a LOVER, and he has a "pudding cup beard." Via the Daily Beast, meet "Mr. Pudding Cup Beard" himself, David Hust. 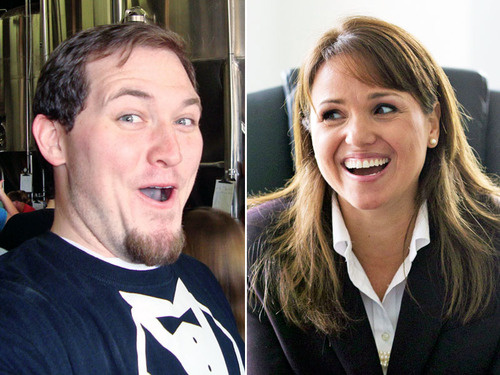 Nice T-shirt tux, dude. Anyway, according to Gawker, Puddin' Cup Hust also fancies himself a Christian rocker who "combine[s] classically trained vocals with a modern Praise and Worship sound." Want to see one of his videos? YES, YOU DO!!

Lord Have Mercy from David Hust on Vimeo.